The Austin-based musician, a cult favorite of fans and artists alike, has died at 58 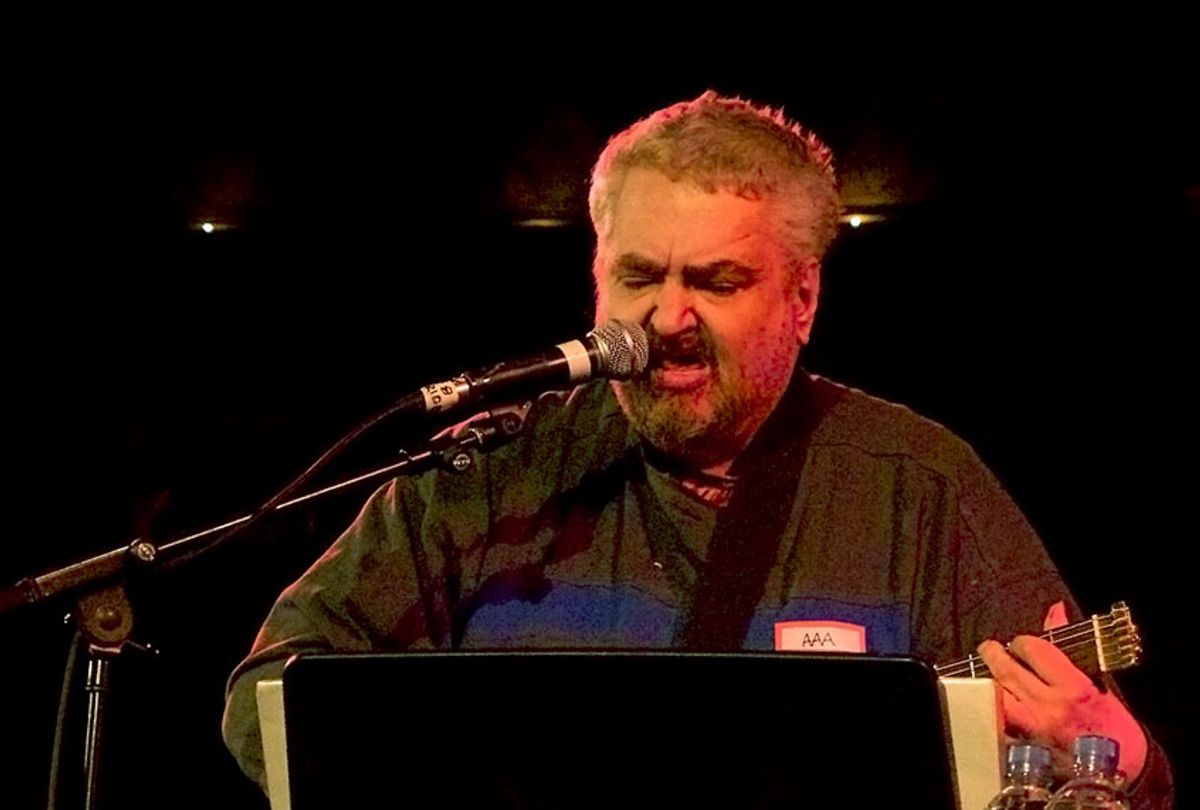 Overnight, flowers have piled up at the intersection of 21st and Guadalupe in Austin, Texas, CBS Austin's Jordan Bontke reports. Long-stalked sunflowers and daisies wrapped in cotton shawls litter the Drag, serving as paperweights for notes, most written on lined paper — one reads “tears stupid tears,” another is a tiny replica of the frog-like alien mural above it, with the simple phrase “hi, how are you” written on top.

Outsider musician and artist Daniel Johnston has died, reportedly at home from a heart attack, at the age of 58. This mural was his, and the community is responding.

Born in California in 1961 and raised in West Virginia, Johnston became known as a songwriter after moving to Austin. In 1984, he got a job at an area McDonald’s where would pass out his tapes — made with a toy chord organ and a Smurf ukulele — to as many customers as he could. “Hi, how are you?” he’d ask.  “I’m Daniel Johnston, and I’m gonna be famous.”

This was before he found his way onto an episode of the MTV show “The Cutting Edge” to play from 1983's “Hi, How Are You,” but after the nervous breakdown that inspired the album.

Johnston was never a particularly technical player and, as BBC music reporter Mark Savage wrote, “his pinched, high tenor vocals ensured he would never be a mainstream star.” But in Johnston’s music and performance there is a deep, pure vulnerability — about universal topics like feeling unloved and emotionally fragile — that is magnetic.

In January, Flaming Lips frontman Wayne Coyne described his connection to Johnston’s music. “It really is a man crumbling and crying right in front of you,” Coyne told the Austin Chronicle. “Any musician that hears that, you’re shaken to the core.”

He continued: “‘True Love Will Find You in the End’ seems like just a hokey little song, but when he does it, it really is devastating. When making music, part of you wants to be a childlike character that isn’t thinking about, ‘Is this cool?’ or “Is this going to work?’”

This was just days before “Hi, How Are You?” Day, an event inspired by Johnston’s work and his own struggles with mental health; the artist was diagnosed with schizophrenia and manic depression. Johnston never shied away from his struggles in his work, and one of the consistent remarks from fans mourning the loss of the musician is that his songs made them feel less alone.

As Johnston had said in the Austin McDonald’s, he’d always wanted people to respond to his work — to be famous — but a string of hospitalizations and arrests in the late '80s seemed to render that dream increasingly improbable. For much of his adult life, he lived in a house next to his parents’ home in Waller, Texas, writing and drawing.

But Johnston’s star continued to rise. Kurt Cobain wore one of Johnston’s T-shirts to the 1992 MTV Awards. In 2004, a cover album of his songs was released, which included artists like Tom Waits, Beck, Death Cab for Cutie, Bright Eyes and TV on the Radio. In 2005, the documentary “The Devil and Daniel Johnston”  premiered at the Sundance Film Festival. In 2006, his artwork was featured in a major exhibition at New York's Whitney Museum of American Art.

All told, Johnston recorded 17 full-length original albums, including the acclaimed series from 1983, "More Songs of Pain," "Yip/Jump Music" and "Hi, How Are You." He reportedly had been working on a new album before his death.

Following the news of his death, many of his collaborators and fans responded on social media.

“So sad to hear of the death of the great Daniel Johnston,” wrote Judd Appatow. “Here is a beautiful performance of his which makes me cry every time. Swell season + Daniel Johnston - Life in vain - HD-ACL.”

Jack Antonoff wrote: “daniel johnston will be missed. a brilliant story teller and songwriter who carried my friends and i through many over night drives in the van. so much to learn from daniel in the way he shared fearlessly.

In a statement released on Facebook, Johnston’s brother Dick wrote, “He was always, everywhere, warmly received and he at least knew he was well loved. Health issues have plagued us for years, but I’m glad for the time we had.”

But among the long, heartfelt remembrances of Johnston, many fans are posting a single lyric from his song, “Hey Joe.” Much like its creator, it puts words — simple and vulnerable — to a universal hurt: “There's a heaven and there's a star for you.”