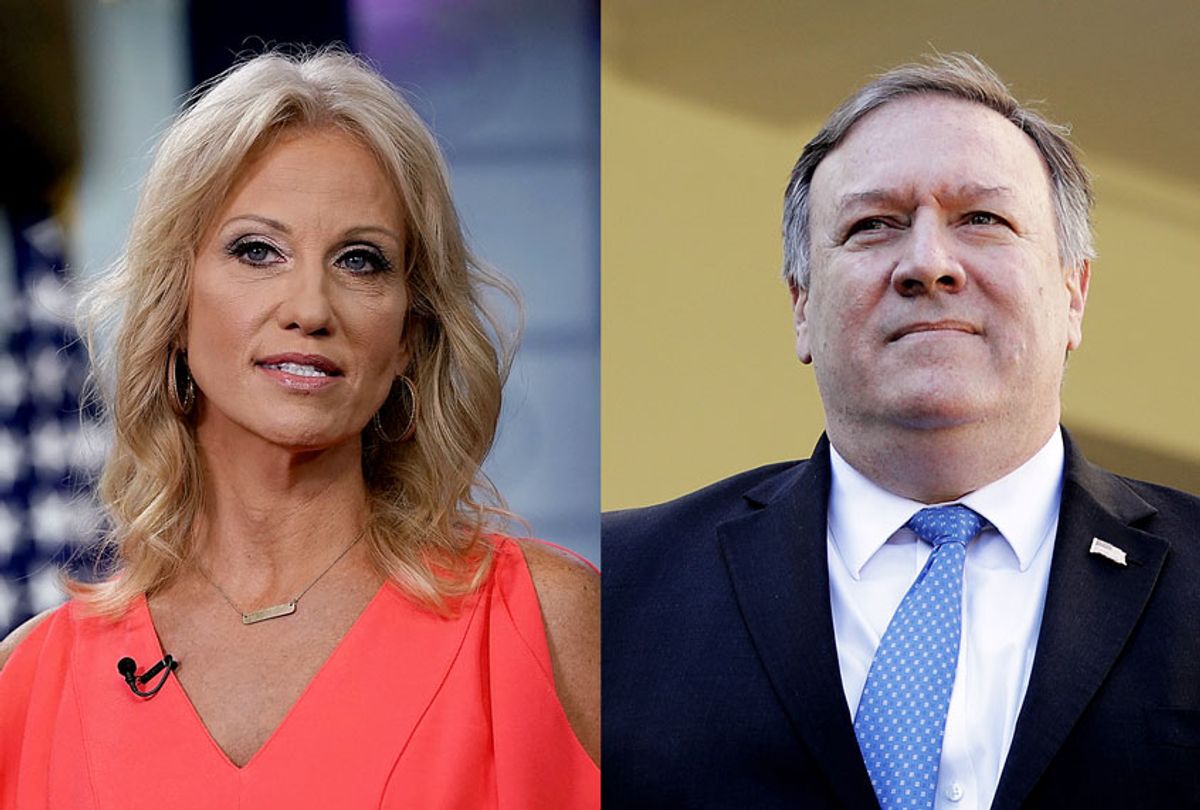 "It wouldn't be unprecedented," Conway told Fox News, noting Henry Kissinger's occupation of both roles for two years in the 1970s in the administrations of former Presidents Richard Nixon and Gerald Ford.

"Under that scenario, I would call that five-plus, as the number of candidates," she continued. "But clearly, the secretary of state has the president's ear and his trust, and has been making great strides in implementing the president's agenda around the globe. And he will continue to be a very important, strong voice here as America's top diplomat."

Trump abruptly announced Bolton's ouster Tuesday on Twitter, though the two men have offered contradictory accounts on the departure. Trump tweeted that he asked for Bolton's resignation during a Monday night meeting in the Oval Office. Minutes after Trump's post, Bolton claimed in a Tweet that he offered to step down during the meeting, but the president told him, "Let's talk about it tomorrow."

In comparison, Pompeo has appeared to maintain a strong professional relationship with Trump and is regarded as a loyalist of the president. Pompeo appeared visibly happy when telling reporters Tuesday that Trump was "well within his rights" to fire Bolton, with whom he had disagreements on issues of foreign policy. Pompeo’s name has been floated in the press as a possible replacement for Bolton, while still remaining in the secretary of state role.

Trump told reporters Wednesday that he had "five people," who want the national security adviser role "very badly," and reiterated that he planned to announce Bolton's replacement next week.

"There are five people that I consider very highly qualified," he said. “Good people I've gotten to know over the last three years.”

Conway suggested during her Fox News interview Thursday that even if Pompeo does not take on a second  job, he will have a major role in advising the president on picking the administration’s fourth national security adviser.

"I believe that Secretary of State Pompeo is doing an excellent job over at State and that he will, of course, have input into who the next NSC head is, as well," she said. "But there are many people of diverse backgrounds, all solid candidates, I know first-hand the president is considering for that position."

She added that Trump "wishes John Bolton well, and I'd like to echo that sentiment.” But the president "should have the team around him that he wants at every level."