Another day, another government official putting money into the president’s pockets 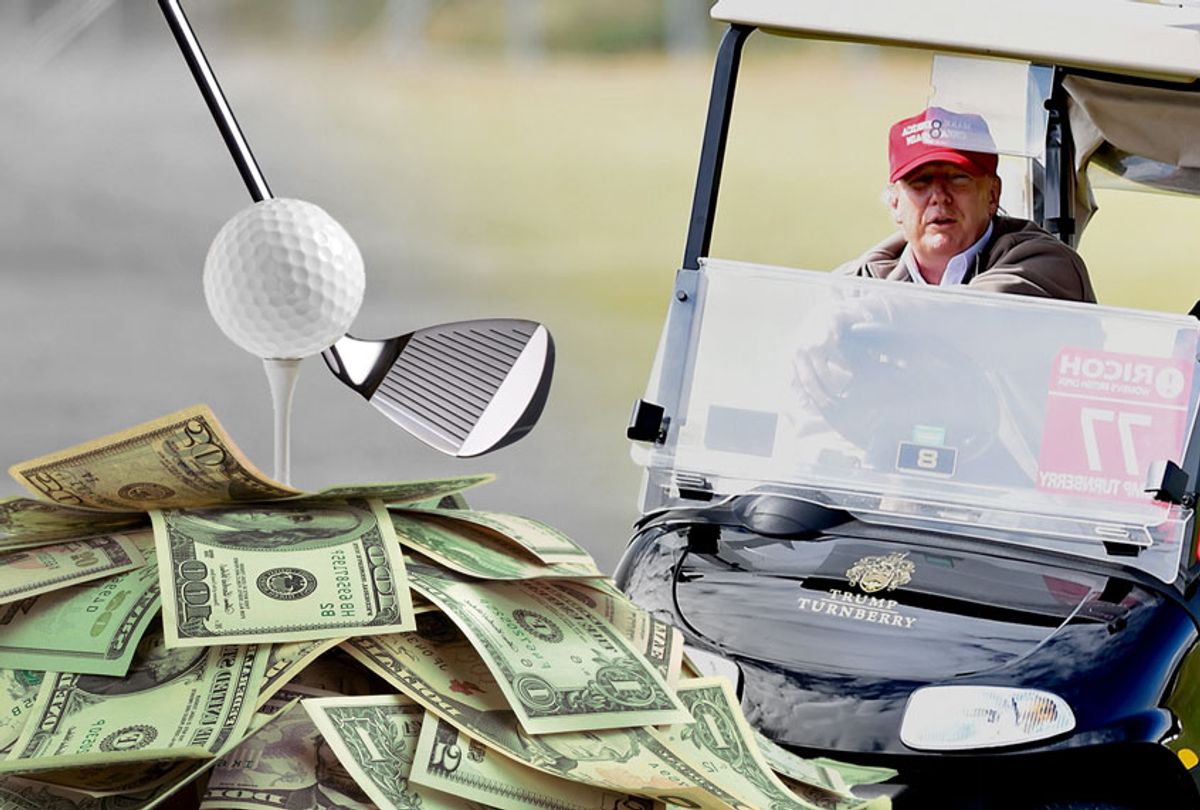 Quartz reports that U.S. Border Patrol deputy chief Scott Luck is having a retirement party later this month that is due to be held at the Trump National Golf Club located in Potomac Falls, Virginia. According to the invitation to the party obtained by Quartz tickets for the party cost $75 a piece and cover the price of hors d’oeuvres and dinner.

One source tells Quartz that fliers advertising the event are hanging up all over the wall of the Border Patrol headquarters, and that a formal announcement for the event was sent out to Border Patrol employees via government email.

Luck’s retirement party is just the latest event to feature a prominent government official using a Trump property. Both Vice President Mike Pence and Secretary of State Mike Pompeo this week delivered remarks at a Concerned Women for America event that was held at Trump’s flagship D.C. hotel, where tickets were being sold starting at $99 a piece.

Additionally, the president himself has been publicly lobbying to have next year’s G7 summit to be held at his golf resort in Doral, Florida. Pence also recently raised eyebrows during a trip to Ireland when he and his entourage stayed at a Trump property that was a three-hour drive away from the location of his planned meeting with Irish officials in Dublin.