Conway: Democrats don't have a “constitutional basis” to embarrass Trump with impeachment inquiry

“Stop the nonsense of harassing and embarrassing this president and the people around him," Conway says on Fox News 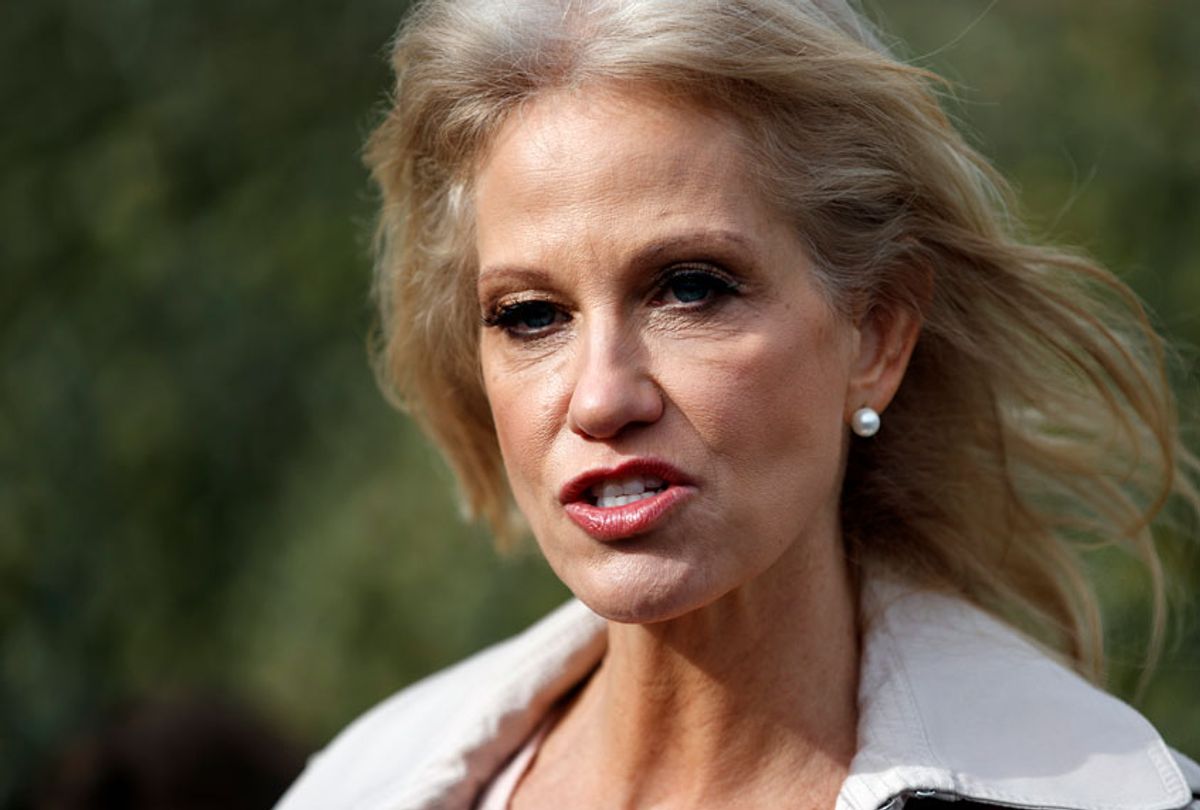 White House aide Kellyanne Conway on Sunday insisted that Democrats do not have a “constitutional basis” to embarrass President Donald Trump by conducting an impeachment inquiry.

“Complete nonsense,” she said when asked about the impeachment proceedings. “They need to get a messaging meeting and they need to read the constitution of the Democratic Party.”

“Americans, the Congress, they work for you,” Conway continued, talking over the FOX host. “And they’re wasting your money and your time trying to impeach a president where there are no high crimes and misdemeanors.”

She added: “Stop the nonsense of harassing and embarrassing this president and the people around him when you have no constitutional or legal basis to do so.”

Democrats have argued that they have a constitutional duty to conduct an impeachment inquiry.