Why is the Justice Department suing Omarosa over her financial disclosures—but not Brett Kavanaugh? 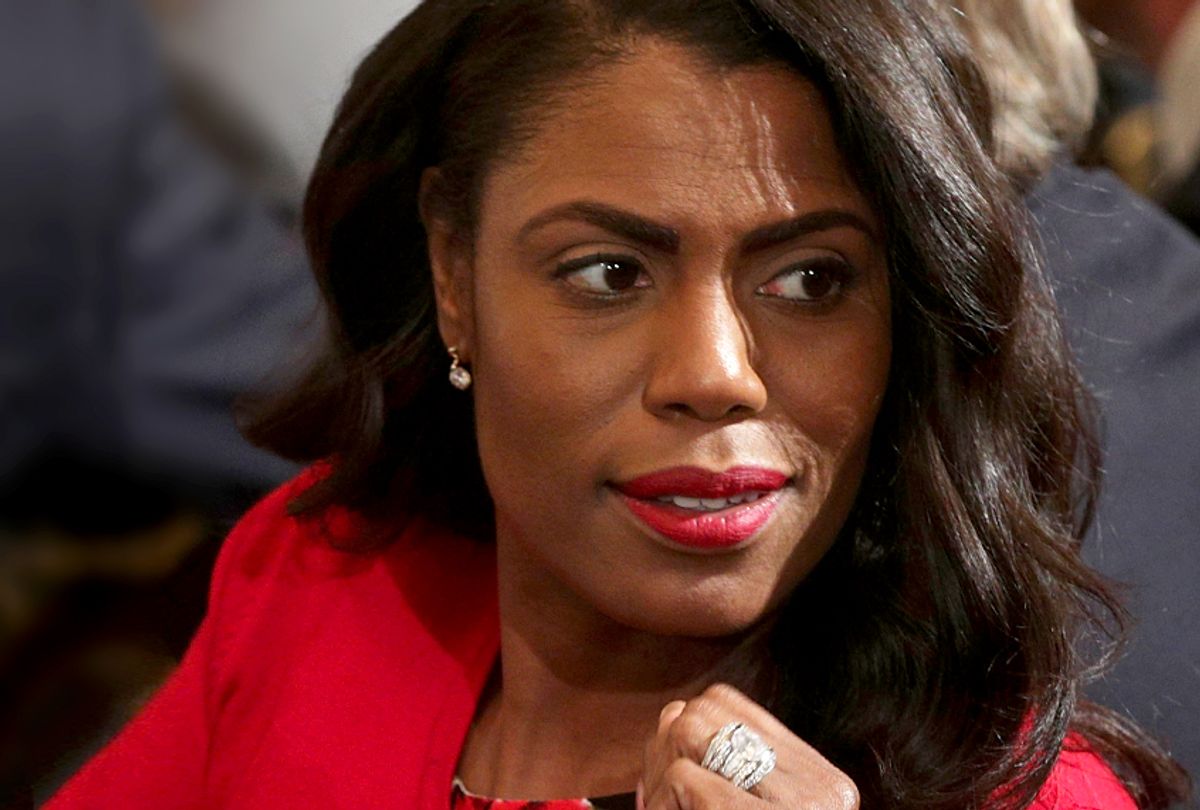 On Monday, former Office of Government Ethics Director Walter Shaub noted a massive double standard at the Justice Department, pointing out that government attorneys are suing Omarosa Manigault Newman for financial disclosure violations — while giving a free pass to Brett Kavanaugh, who is accused of even more serious financial disclosure violations.

In fact, noted Shaub, not only is the DOJ not pursuing that allegation, Attorney General Bill Barr is giving the DOJ employees who helped fast-track Kavanaugh through Supreme Court confirmation hearings a prestigious award usually reserved for prosecutors who take down terrorists and mob bosses:

Omarosa, a former reality TV star who briefly worked as a White House staffer, was suedin June over a missing disclosure report.

Kavanaugh, meanwhile, has never given a clear answer on who paid off his mortgage, and his estimated $60,000-200,000 credit card debt from baseball tickets — which apart from being a potential violation of the exact same ethics rules, raises questions about whether his benefactors have business before the Supreme Court.

As Shaub noted in a separate thread, these payments would count as a financial gift that must be reported publicly, regardless of whether his debts were paid off by an individual or forgiven by the creditor. The only scenario in which his debts would not require disclosure is if they were paid by a direct family member — and Kavanaugh has claimed that the payments came from “friends,” which would be an admission that this exception does not apply.

Shaub resigned from the Office of Government Ethics in 2017 amid clashes with White House officials and Republicans in Congress. He has since been working with the private watchdog organization Campaign Legal Center.