The strange connection between Bobby Kennedy’s death and Scooby-Doo 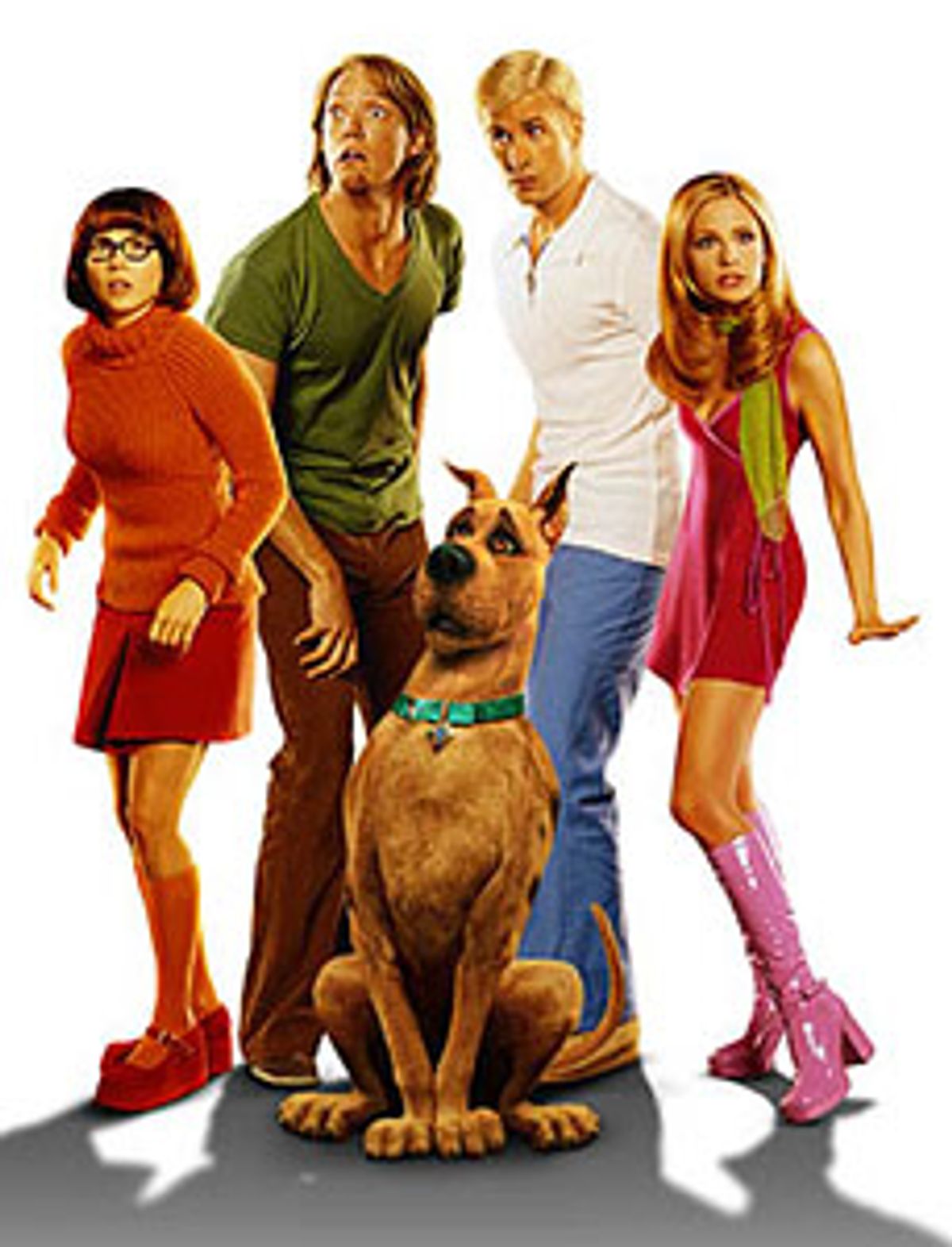 Scooby-Doo, one of the most enduring animated characters ever to emerge from U.S. television, celebrates his 50th birthday this month.

Created by Hanna-Barbera Productions in 1969 for CBS Saturday morning, the original series “Scooby-Doo, Where are You!” premiered on Sept. 13, 1969, ran for two seasons and spun off 15 subsequent series. The formula of four mystery-solving teenagers — Fred, Daphne, Velma and Shaggy along with the titular talking Great Dane — remained mostly intact as the group stumbled their way into pop-culture history.

But as I explain in my forthcoming book on the franchise, Scooby-Doo’s creation was no happy accident; it was a strategic move in response to cultural shifts and political exigencies. The genesis of the series was inextricably bound up with the societal upheavals of 1968 — in particular, the assassination of Robert F. Kennedy.

In the late 1960s, the television and film studio Hanna-Barbera was the largest producer of animated television programming.

For years, Hanna-Barbera had created slapstick comedy cartoons — “Tom and Jerry” in the 1940s and 1950s, followed by television series like “The Yogi Bear Show” and “The Flintstones.” But by the 1960s, the most popular cartoons were those that capitalized on the secret agent craze, the space race and the popularity of superheroes.

In what would serve as a turning point in television animation, the three broadcast networks — CBS, ABC and NBC — launched nine new action-adventure cartoons on Saturday morning in the fall of 1966. In particular, Hanna-Barbera’s “Space Ghost and Dino Boy” and Filmation’s “The New Adventures of Superman” were hits with kids. These and other action-adventure series featured non-stop action and violence, with the heroes working to defeat, even kill, a menace or monster by any means necessary.

So for the 1967-1968 Saturday morning lineup, Hanna-Barbera supplied the networks with six new action-adventure cartoons, including “The Herculoids” and “Birdman and the Galaxy Trio.” Gone were the days of funny human and animal hijinks; in their place: terror, peril, jeopardy and child endangerment.

The networks, wrote The New York Times’ Sam Blum, “had instructed its cartoon suppliers to turn out more of the same — in fact, to go ‘stronger’ — on the theory, which proved correct, that the more horror, the higher the Saturday morning ratings.”

Such horror generally took the form of “fantasy violence” — what Joe Barbera called “out-of-this-world hard action.” The studio churned out these grim series “not out of choice,” Barbera explained. “It’s the only thing we can sell to the networks, and we have to stay in business.”

Barbera’s remarks highlighted the immense authority then held by the broadcast networks in dictating the content of Saturday morning television.

In his book “Entertainment, Education and the Hard Sell,” communication scholar Joseph Turow studied the first three decades of network children’s programming. He notes the fading influence of government bodies and public pressure groups on children’s programming in the mid-1960s — a shift that enabled the networks to serve their own commercial needs and those of their advertisers.

The decline in regulation of children’s television spurred criticism over violence, commercialism and the lack of diversity in children’s programming. No doubt sparked by the oversaturation of action-adventure cartoons on Saturday morning, the nonprofit corporation National Association for Better Broadcasting declared that year’s children’s television programming in March 1968 to be the “worst in the history of TV.”

Cultural anxieties about the effects of media violence on children had increased significantly after March 1968, concurrent with television coverage of the Vietnam War, student protests and riots incited by the assassination of Martin Luther King Jr. As historian Charles Kaiser wrote in his book about that pivotal year, the upheaval fueled moral crusades.

“For the first time since their invention, he wrote, "televised pictures made the possibility of anarchy in America feel real.”

But it was the assassination of Robert. F. Kennedy in June 1968 that would exile action-adventure cartoons from the Saturday morning lineup for nearly a decade.

Kennedy’s role as a father to 11 was intertwined with his political identity, and he had long championed causes that helped children. Alongside his commitment to ending child hunger and poverty, he had, as attorney general, worked with the Federal Communications Commission to improve the “vast wasteland” of children’s television programming.

Just hours after Kennedy was shot, President Lyndon B. Johnson announced the appointment of a National Commission on the Causes and Prevention of Violence. While the commission’s formal findings wouldn’t be shared until late 1969, demands for greater social control and regulation of media violence surged directly following Johnson’s announcement, contributing to what sociologists call a “moral panic.”

Media studies scholar Heather Hendershot explained that even those critical of Kennedy’s liberal causes supported these efforts; censoring television violence “in his name” for the good of children “was like a tribute.”

Civic groups like the National Parent Teacher Association, which had been condemning violent cartoons at its last three conventions, were emboldened. The editors of McCall’s, a popular women’s magazine, provided steps for readers to pressure the broadcast networks to discontinue violent programming. And a Christian Science Monitor report in July of that year — which found 162 acts of violence or threats of violence on one Saturday morning alone — was widely circulated.

The moral panic in the summer of 1968 caused a permanent change in the landscape of Saturday morning. The networks announced that they would be turning away from science-fiction adventure and pivoting toward comedy for its cartoon programming.

All of this paved the way for the creation of a softer, gentler animated hero: Scooby-Doo.

However, the premiere of the 1968-1969 Saturday morning season was just around the corner. Many episodes of new action-adventure series were still in various stages of production. Animation was a lengthy process, taking anywhere from four to six months to go from idea to airing. ABC, CBS and NBC stood to lose millions of dollars in licensing fees and advertising revenue by canceling a series before it even aired or before it finished its contracted run.

So in the fall of 1968 with many action-adventure cartoons still on the air, CBS and Hanna-Barbera began work on a series — one eventually titled “Scooby-Doo, Where are You!” — for the 1969-1970 Saturday morning season.

“Scooby-Doo, Where are You!” still supplies a dose of action and adventure. But the characters are never in real peril or face serious jeopardy. There are no superheroes saving the world from aliens and monsters. Instead, a gang of goofy kids and their dog in a groovy van solve mysteries. The monsters they encounter are just humans in disguise.