"Wu-Tang: An American Saga" is more than '90s nostalgia

Hulu's new scripted drama, created by RZA, is rooted in the '90s but has necessary lessons to absorb 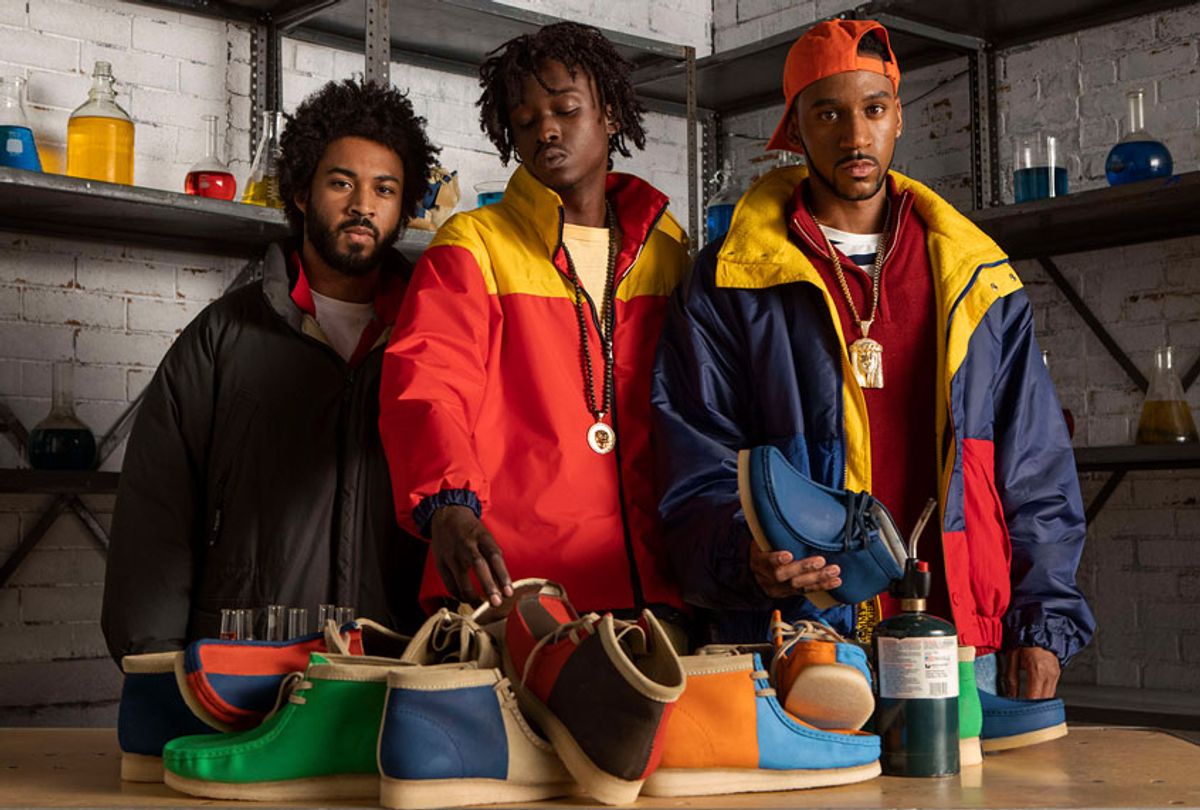 So many things had to go wrong for the men of Wu-Tang Clan to get their chance to make music, let alone become legends of hip hop. Cops had to make mistakes, judges had to show mercy, bullets had to miss (or not hit vital organs), killers had to have a change of heart when they had the drop on enemies, relationships had to be built and maintained in prison, and dudes had to remain inspired while surviving all of the obstacles that accompany being black and poor in America. That's the biggest takeaway so far from the entertaining and enlightening new drama "Wu-Tang: An American Saga," currently airing on Hulu.

This new scripted series comes on the heels of the four-part docuseries "Wu-Tang Clan: Of Mics and Men" which aired on Showtime in May. To fully absorb both portrayals of the collective that formed in 1992 on Staten Island — along with with re-reading old interviews and re-listening to the music — is to reckon with enough cumulative trauma to last many lifetimes.

And yet "Wu-Tang: An American Saga," created by RZA and "Watchmen" screenwriter Alex Tse, is also flat-out entertaining. Yes, I'm a longtime fan; I was raised to be a preteen Wu fiend, recording their videos on "Yo! MTV Raps" so that I could watch them over and over on demand.  I snuck into an 18-and-over farm-themed nightclub in North East Baltimore called the Country Barn when I was in sixth grade to see Wu-Tang perform. I was one of the few Baltimore kids with an authentic Wu Wear sweat shirt straight from their flagship Staten Island store.

The Wu-Tang Clan surfaced in a time when crack culture was king, and that grittiness was reflected in their music. By merging it with visuals, images and samples from Kung Fu films, they created something new and special that resonated, especially in my neighborhood where every Saturday, my siblings, cousins and friends would pile up in front of the big TV — which was sitting on top of an older and bigger broken TV — at my friend Fat Teddy’s apartment and watch Black Belt theater religiously before running back out to the block so that we could try the moves out on each other.

Nostalgia alone won't sell me on a biopic, though. And I haven't listened to any of the members' new music since Ghostface Killah's "Ironman" came out in 1996. But the episodic structure of "Wu-Tang: An American Saga" is especially effective in reinforcing what a unique stamp each of these legends put on hip hop culture, helping to shape it into what we enjoy today. Wu-Tang pioneered sounds and identities, both as individuals and as a group, that hold a unique place music history. And as a large group of large personalities, Wu-Tang is simply too big for one 120-minute film.

Other key characters are Bobby’s older brother Divine (Julian Elijah Martinez) and Power (Marcus Callender), two former business partners turned crack rivals. The group hasn’t formed a bond yet; Bobby — RZA — is the only one linking the crew together, binding them with his dream, his lust, his hunger for and fascination with music.

If you are hungry for '90s nostalgia, though, the authentic details in the show's wardrobe and accessories reinforce the era's visuals: rugby shirts, beat-up Timbs and polo crewnecks with stretched out collars, baggie jeans, dirty fingernails, fat Philly or White Owl Blunts, 40-ounces and gold fangs.

While the storyline, acting and art direction all help sell the story, the artistic merits of "Wu-Tang: An American Saga" play second fiddle to the series' underlying theme, which all Americans need to understand: Wu-Tang wasn’t supposed to make it.

The group's groundbreaking story of artistic achievement — despite the violence, addiction, homelessness and abandonment in and around their lives — mirrors that of so many black public figures, intellectuals, entertainers and athletes. You can’t just simply set out to make it as an artist if you are black and from the streets; you have to clear 40 systemic hurdles before you can even get to the point where pursuing a passion is feasible. Not only do many of us face the common challenge of finding a passion and then attempting to achieving mastery in it, we have to do so in environments that guarantee oppression and bullets but little to no established pathways to break through.

That is what makes "Wu-Tang: An American Saga" necessary in addition to being entertaining. It’s easy for us to get caught up in who these rappers and their careers became once they made it, but their origin stories are just as important, if not more, to know.