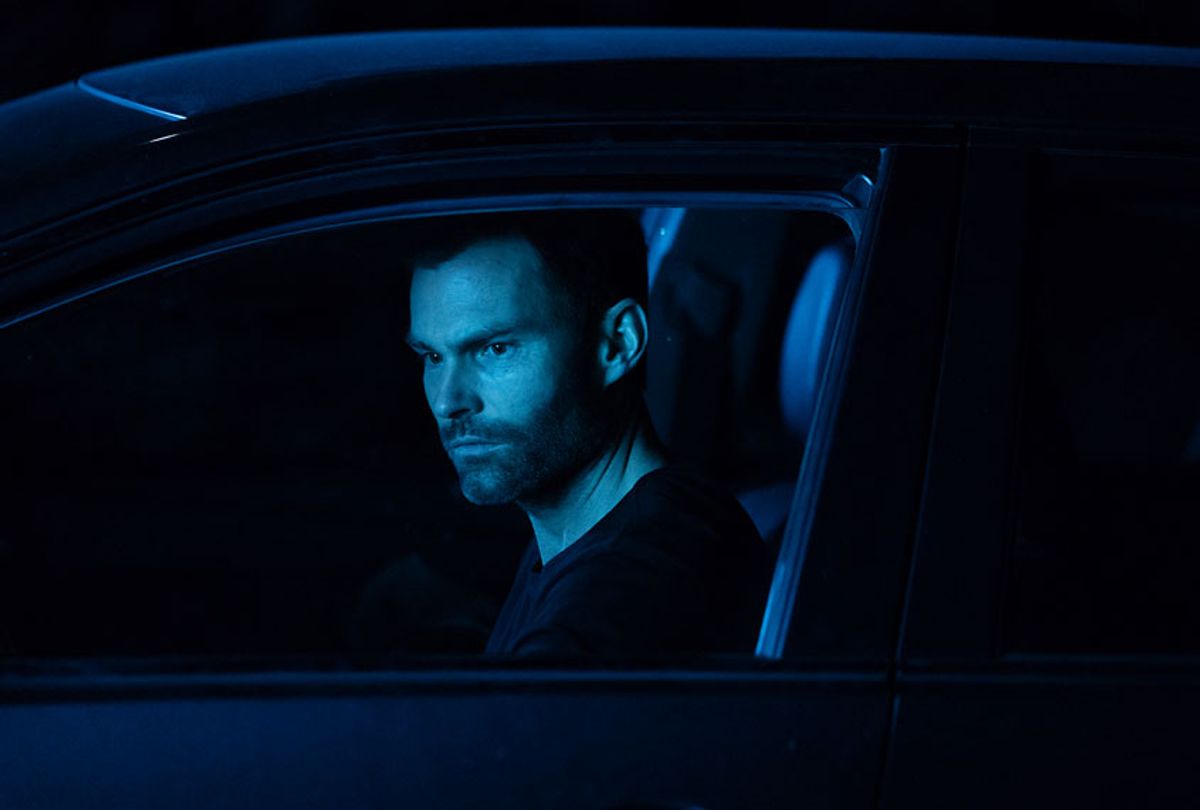 Seann William Scott may have built his career on goofball roles in the “American Pie,” “Ice Age” and “Goon” franchises, but the actor prefers doing serious films — when he gets the opportunity. His latest effort, “Bloodline,” is a perfect fit: a Blumhouse horror project about a mild-mannered guy who just happens has a murderous streak.

Scott plays Evan, a social worker in a Los Angeles high school who cares for at-risk students. They include teens who have hateful or addictive fathers, and a female student whose uncle raped her. The father of a newborn himself, Evan is obsessed with protecting one’s family. In fact, he takes it upon himself to kill his students’ abusers. Scott is quietly menacing as he gets his victims to confess to their crimes before his violent actions splatter his face full of their blood.

The actor recently spoke with Salon about his role, interest in horror, and his thoughts about family and fatherhood.

You are primarily known for comedy, but here you shift to horror. Are you trading on fear here? Instead of worrying about being funny for a scene, are you focusing on being menacing? What’s the appeal of playing a murderer?

I love the genre. When I was a 4 or 5 — way too young to be watching these kinds of movies — I’d watch horror films with my father. I wanted to do something quite different. I’ve wanted to do that throughout my career. I met with the Blumhouse folks and this character was really appealing. I’m always drawn to darker characters, and I never get to play them.

Your performance goes from internal and tamped down in the family and work scenes to practically gleeful in the confrontational scenes. Describe to me the feelings and sensations you get playing these scenes, attacking bad people, and tasting their splattering blood?

[Laughs.] I honestly can’t remember what I was thinking about, my so-called “process.” I worked with the director and we talked about Evan’s character, but I couldn’t tell you what the hell I was thinking! I tried to keep him grounded and make him seem real and keep “level,” so he was still and internal but then… [things go over-the-top]. The violent scenes were really fun to play. It’s the kind of character we’ve seen done way better than I could ever do it, but you end up liking him. Those characters are interesting and appeal to me — not because I wanted to be a killer.

Evan can be seen as playing God. He has a moral conscience and is an advocate against abuse, racism, homophobia, incest and addiction. He sees himself as a good man, helping people. How do you justify Evan’s monstrous but ethical behavior?

That’s the challenging thing for the audience: How can you not root for this guy, who is eliminating scum? But then, of course … how do you feel about Evan taking the life of someone? I like those vigilante characters. It’s difficult if he didn’t have any redeeming characteristics. But it's like he’s a superhero, taking out all the sh*t and protecting his family.

Evan makes a critical mistake at one point but manages not to let it undo him. How do you cover your ass when you screw up?

[Laughs.] Oh man, I’ve had a lifetime of learning how to do that. I accept it and go on. What can I do?

Evan promises his son, “I will never hurt you, judge you, or leave you. I’m not going to let anything bad happen to you.” How do you grapple with pain, judgment and bad decisions or trauma?

Without sounding like your therapist, what was your relationship with your parents like? Evan is really super-close to his mom and had a really bad dad. Can you talk about your family?

I never had open mouthed kisses with my mom! My mom is still alive and my best friend. My dad passed away. We were best friends too. I was really lucky to have wonderful parents. They are a far cry from my experience in the movie, so I didn’t draw on them for Evan. My life was like the “The Brady Bunch.” Both parents had three kids each and then got married and had me. I don’t know if I’m Alice or the dog.

“Bloodline” shows where babies come from. Evan is a new father. Do you want to be a Daddy? What are your thoughts on fatherhood?

Oh yeah. I can’t wait to be a dad. It’s me and my yellow lab Dude right now.

No. [Laughs.] After “The Big Lebowski.” It’s the perfect name for a yellow lab. [A dog] is good practice for being a father. I’d be a goofy, silly dad. But it’s scary to bring a kid into the world with all the weird sh*t kids are doing these days. I’d be bringing them into a really challenging moment in the word. But I’ve always wanted to have a family.