Sen. Warren said the filibuster stands in the way of gun reform. It does, and so much more. 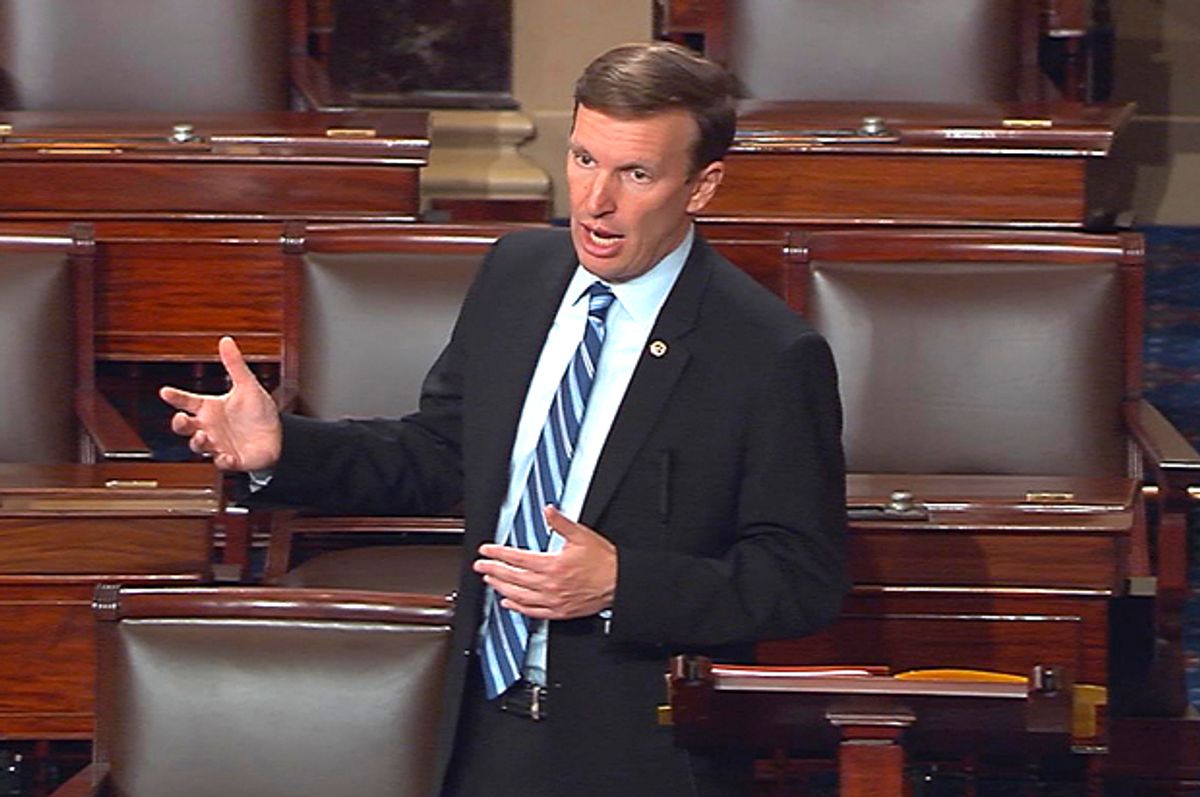 Chris Murphy speaks on the floor of the Senate, June 15, 2016, where he launched a filibuster demanding a vote on gun control measures. (AP/Senate Television)
--

Sen. Elizabeth Warren is the latest Democrat to argue an arcane Senate rule governing debate stands in the way of passing a progressive agenda, such as meaningful gun control.

The procedure, known as the filibuster, allows a 41-vote minority in the Senate to block legislation. Its power has been steadily eroding, however, as both Democratic and Republican lawmakers create procedures to get around the roadblock to pass everything from the Affordable Care Act to President Donald Trump’s Supreme Court nominees.

Should the Senate move even farther toward being a legislative body characterized by majority rule rather than minority obstruction?

Many Democrats, including me, might resist anything that helps Trump and his GOP Senate majority pass their agenda. Yet as a scholar of the Senate and advocate of responsible government, I believe the end of the 60-vote Senate would nonetheless be a good thing for the country — and conform to the founders’ intentions.

The filibuster, which comes from the Dutch word for pirate, is embodied in Senate Rule XXII. It says cloture — a motion to end debate on a bill — requires a supermajority of at least 60 votes on most matters under consideration.

Although some lawmakers argue the filibuster is what makes the Senate unique, a supermajority threshold is not what defines the legislative chamber.

As political scientists and historians have noted over and over again, supermajority cloture is not part of — and cannot be derived from — the Constitution or any original understanding of the Senate. Elements such as equal representation by the states, six-year terms and a higher age requirement are what distinguish the Senate’s style of deliberation and decision-making from the House.

In fact, although it may seem like the 60-vote filibuster has been with us forever, it’s actually only been around since 1917.

Moreover, the protection of the minority, often cited as a justification for the filibuster, is of the system as a whole: the separate branches, the checks, federalism. It’s not the role of the Senate alone to protect minority interests.

Over several decades, Congress has used dozens of legislative “carve-outs” that have eroded the filibuster and protected specific categories of legislation from minority obstruction in the Senate.

For example, lawmakers use a “fast-track” procedure to pass trade agreements and decide whether to close military bases. This places a time limit on consideration and quashes minority obstruction in the Senate because a simple majority vote will be held at the end of the time restriction.

Increased use of budget reconciliation for major legislation is another carve-out. The Affordable Care Act, efforts to repeal that law and the 2017 Trump tax cut are examples of this process.

In 2013, Democrats controlling the Senate took it a step farther and voted to allow all nominations other than for the Supreme Court to be approved by majority vote. This was the most important change in Senate standing rules — or, to be precise, in their interpretation — since at least 1975. It allowed Democrats to confirm a significant number of nominations for President Barack Obama who were being blocked by the Republican minority.

Just over three years later, the Senate, now under GOP control, voted to apply the same interpretation to nominations to the Supreme Court. The immediate result, of course, was the slim confirmations of Neil Gorsuch and later Brett Kavanaugh.

This threshold for ending debate still applies to most legislation, including appropriations bills and most laws in areas such as military policy, the environment or civil rights. And for Democrats hoping to occupy the White House in 2020, the need of a supermajority would likely prevent action on gun control, a Green New Deal and significant health care legislation like “Medicare for All.”

But by creating the various restrictions on its use in recent years, the Senate has repeatedly recognized that the 60-vote threshold is often dysfunctional and that the costs to effective governance are too high. The norms that support the supermajority Senate are eroding.

It’s also contributed to broader congressional dysfunction. The Senate behaves less and less like the world’s “greatest deliberative body” — as some like to believe — and more like the least deliberative, particularly under the leadership of Majority Leader Mitch McConnell. The Senate rarely debates, and McConnell — in his self-styled role as the “grim reaper” — doesn’t allow amendments or legislation that he or the president disagrees with to come up for a vote, regardless of how much support it has in the chamber.

I believe the Senate should change its rules to allow a simple majority to close debate on any bill, nomination or other matter, while also guaranteeing a minimum period of debate for any piece of legislation, which would allow the minority position to be voiced and debated.

In so doing, the Senate would end its undemocratic pretensions and resume its prescribed and limited role in the system of checks and balances. That would be a good thing no matter which party controls the Senate and regardless of who is, or will be, president.

This is an updated version of an article originally published on Dec. 13, 2017.