OK, so the president can't be indicted. But Trump's lawyers are now arguing he can't even be investigated 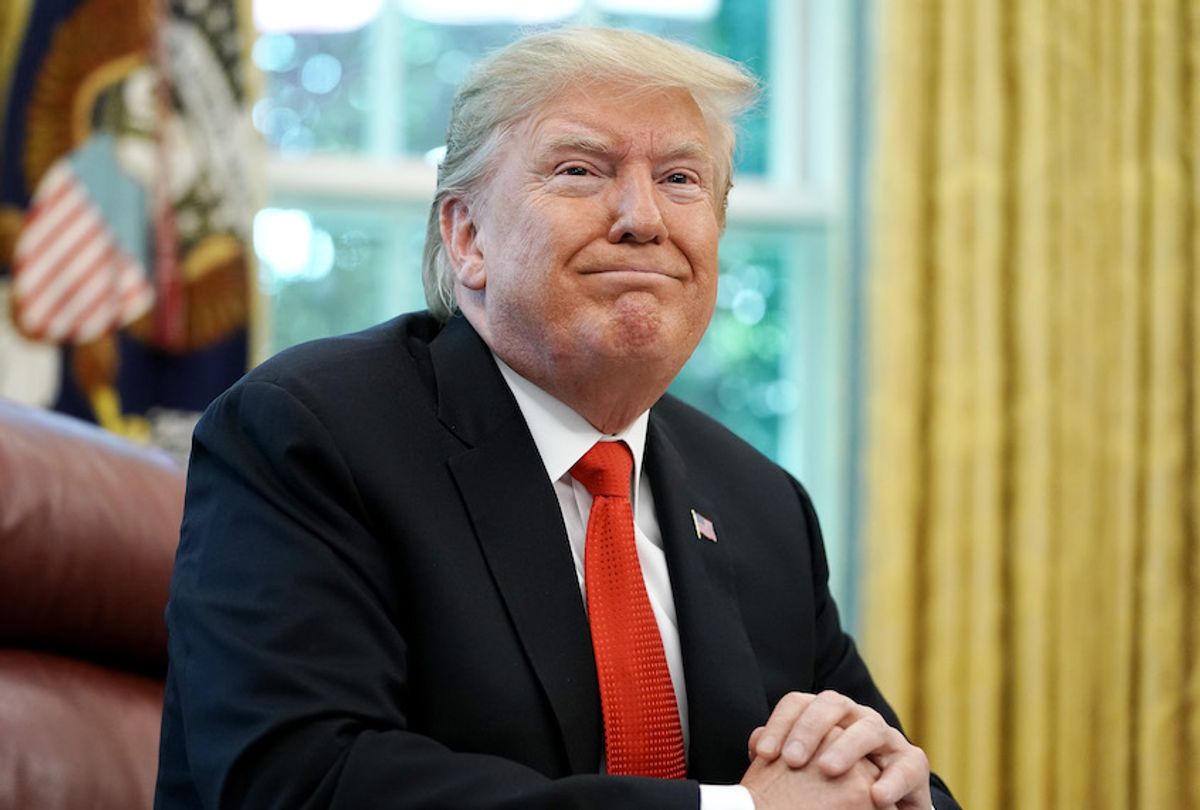 Lawyers for President Trump argue that the president is immune from all criminal investigations in a new federal lawsuit seeking to block New York prosecutors from obtaining his tax returns.

Department of Justice guidelines say a president cannot be prosecuted while in office, as former special counsel Robert Mueller made clear. But Trump’s personal attorneys are now going well beyond that by arguing that he also cannot be “investigated … or otherwise subjected to the criminal process.”

The suit also quoted a decision by then-appeals court Judge Brett Kavanaugh, who wrote in 2009 that investigations are “distracting” to the president, even though Kavanaugh himself was part of a years-long criminal investigation of former President Bill Clinton.

Constitutional law scholars told The New York Times that Trump’s lawyers’ position, if accepted by the judge, would “set a sweeping new precedent” but added that the attorneys’ theory was “not based on established case law.” Of course, the Constitution does not actually say that a president cannot be indicted. When Mueller earlier this year said that his office was prohibited from bringing charges against the president, he cited only a memo from the Justice Department’s Office of Legal Counsel as the reason a president could not be indicted. Mueller also said in May that the DOJ “explicitly permits” the investigation of a sitting president.

“I think there is some force to the argument that states can’t be allowed to hobble presidents with local prosecutions, but there is certainly no authority for the claim that they cannot at least investigate while a president is in office,” University of Missouri law professor Frank Bowmann III told The Times.

Paul Rosenzweig, who along with Kavanaugh was a member of special prosecutor Ken Starr’s investigation into Clinton, told Vice News that he does not expect the argument to hold up in court.

Vance previously subpoenaed the Trump Organization, but after Trump’s lawyers resisted, the DA issued a subpoena to Trump’s accounting firm, Mazars. Trump’s lawyers argue in their court filing that the subpoena should be blocked until after Trump leaves office and accused Vance of a “bad faith effort to harass the president by obtaining and exposing his confidential financial information.”

After Vance’s subpoena, Mazars said in a statement that it will “respect the legal process and fully comply with its legal obligations.”