Immigrant sex workers in "the middle of nowhere," Germany: "They are like ghosts" 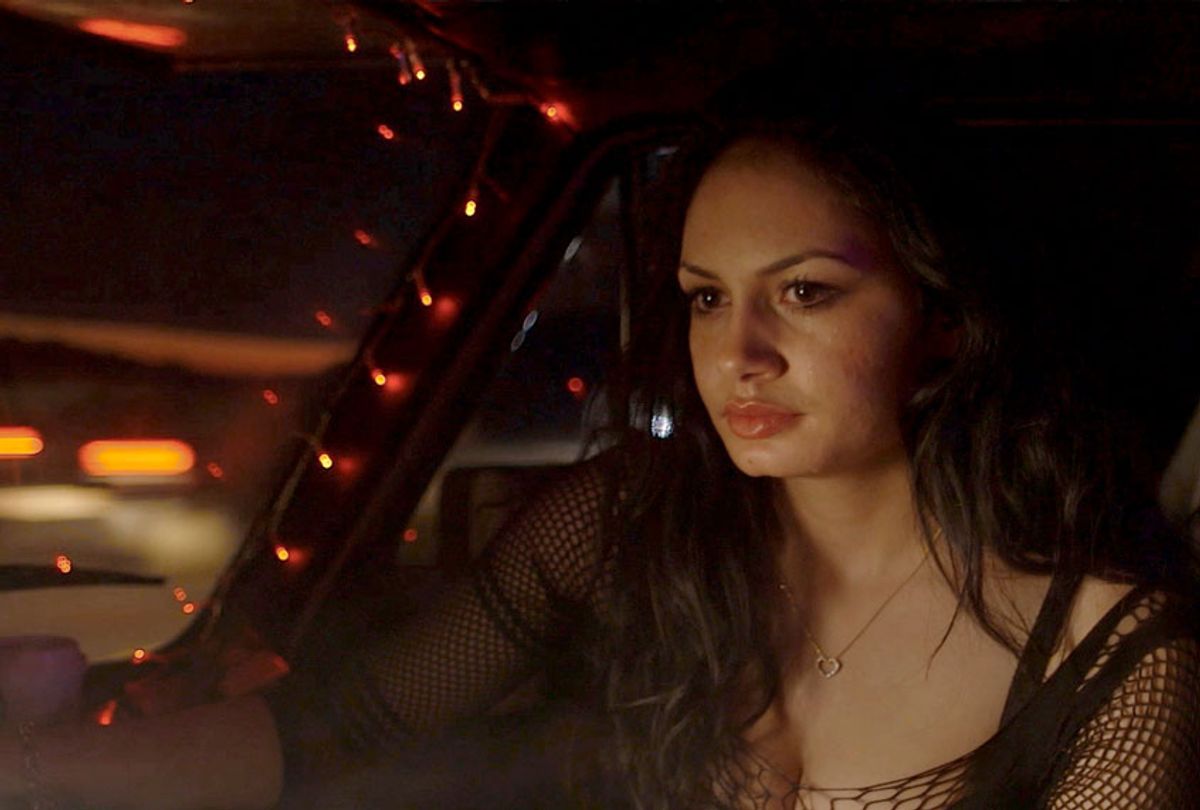 Elke Margarete Lehrenkrauss’ poignant documentary “Lovemobil” observes the Nigerian Rita and the Bulgarian Milena as they perform sex work in caravans (trailers) along a German country road. The young women have escaped difficult economic circumstances in their home countries and are looking to earn money; they feel obligated to send Euros back to their families. Lehrenkrauss examines their “economic captivity,” as they work for Uschi, a tough older woman who keeps them in line and advises them about pricing their services, but also appears to care for them, even as she chides Rita for trying to cheat her out of payments.

Rita tries to make the best of her tough situation, but she is lonely. Milena, too struggles, lying to her best friend — also named Milena — about what she does. The shame, resilience and dignity these women experience is what makes “Lovemobil” so moving.

Lehrenkrauss zeroes on the humanity of these desperate lives, filming Rita trapped in a caravan, looking forlornly out a window, or Milena rationalizing her decisions. “Lovemobil” deliberately keeps the sex acts off camera to focus on the larger issues of globalization, feminism and economic inequality that are part of this fascinating subculture of sex work.

Via Whatsapp, the filmmaker spoke with Salon about her illuminating documentary, which won the 2019 Cinematic Vision Award at the recent Camden International Film Festival.

How did you find the subjects for your film?

I come from a town which is close to these roads. It was a childhood memory that there were these caravans. I left at 18 and when I came back 15 years later, it had changed — women from foreign countries were now doing the sex work. These foreign women were sitting in the middle of nowhere having to do this job. It was important to tell their stories. This is happening on the edge of society. People drive by but no one knows who they are. They are like ghosts.

How did you get these women to trust you to tell their story?

In the beginning it was difficult to find someone to talk. They wanted to stay anonymous because they don’t want their families to know what they do. I met Uschi [through a series of contacts] and I found six women to talk, but many stopped after one day or they disappeared. It was too intense for them to open up to the camera. Only Rita and Milena let us be with them and we built a friendship and worked as a team over several years. I think the most important fact was that Milena made the film with us as a way to find the strength to leave her situation. When you open up to a camera, it’s a strong force — you want to change something in your life. It was a process for her, and she got out of the business after our film. It took her months. But she now has a boyfriend and a family and a “regular” life. Rita left the place too.

What are your observations about sex work? Your film is not judgmental. You show this is a way for these women to make money, but they are also treated like slaves. Was your purpose in making this film to show how immigrant women are exploited and/or trafficked?

I am not making a film saying this is “right” or “wrong.” If you see the film, you can have your own opinion. Throughout shooting, I found reasons why women are in these buses. I found a 60-year-old woman who decided at 55 to be a sex worker. She loves this job. But for Milena and Rita, it is not a job. It’s something they are stuck doing. There are so many different reasons why women are offering sex for money that I really can’t say this is right or wrong. There are liberal sex workers who do it out of their own free will and there are trafficked sex workers who are enslaved. There are gray zones in between. That’s what I found out through my shooting. When a woman is forced to do it, it’s wrong, and when a woman wants to do it, it’s her own free will. I focused on Rita and Milena because this is what’s happening. The free-will sex worker is very rare. These are women who come from other countries who want to make money.

The film is a mix of the beautiful and the lurid. For all the seedy atmosphere of the trailer, there are some gorgeous images. Can you talk about your visual approach to the film?

For me, my background is not a journalistic style of filmmaking. I studied visual arts. I got into documentary filmmaking. In my photography, my subject was always to portray women and the iconic images of woman — the body of a woman, and feminine topics. It was crucial not to show this topic of sex work and my characters reflecting that topic, but to show these women not as victims but as a whole, not the way they are used, but an image that gives them dignity and power. I show them in an appropriate, composed picture, rather than do reportage.

One might expect that you would show sex in a film about sex work, but the sex acts are kept to a minimum. Can you discuss that decision?

Shooting guys to have sex in front of the camera was never a problem. We had so many guys who applied to come star in our film and have sex. But from the beginning this was the big question: Do we show all this sex or not? And while shooting it, it felt so wrong. Even in editing it felt wrong. I was making a film about sex work and I don’t show sex? It didn’t contribute anything to the film if you see the sex. Everyone knows what sex looks like. I threw it out. It didn’t need to be shown.

Uschi is a tough but tender madame. She too has an interesting backstory. What did you make of her character?

For some reason, Uschi is my favorite character because you hate her, and you love her. She incorporates the system. If it was a guy pimp who uses the women, that’s [stereotypical], but Uschi is a woman too and she has been through this work and is using the girls to get money. She is the one who should be telling Rita to pack her stuff and get another job, but she doesn’t because she’s so into this scene, and using her power. It’s a system of power. It’s not poor women and evil men, but women who are using their power over the girls to make money.

Do you consider your film feminist? Are these women acting with agency?

There is an (offscreen) murder of one of the sex workers in the caravans in the film. How did that change the direction of your film?

I didn’t know a murder would happen, but I was shooting for three years, and as sad as it is, every other year a murder happens in this region. That murder shook up the scene, and after that, many women left. It happened in the middle of our shooting. In the editing process we made it a dramaturgical element. A situation of loneliness and fear is always in the air, with or without murder. It reinforces how dangerous this job can be.

The film addresses issues of class and globalization. What do you think your film can do to change the situation these women face, where they feel they have no choice but to sell themselves for money?

Europe has open borders. When Milena sends home 200 Euros, it’s like 2,000 Euros for her Bulgarian family. It can feed them. She does it for economic reasons. But she feels forced. I show what’s happening on the edges of this capitalist system that is growing and leaving the weak ones behind. In this case, it’s women who go to richer countries to prostitute themselves to feed their families. Nobody talks about it. That’s what made me make this film. It needs to be shown. It wasn’t that I was interested in making films about sex work, it was just this image of this black woman sitting in this caravan. It raised so many questions in my head.