"We have to act now to protect the places we know birds rely on." 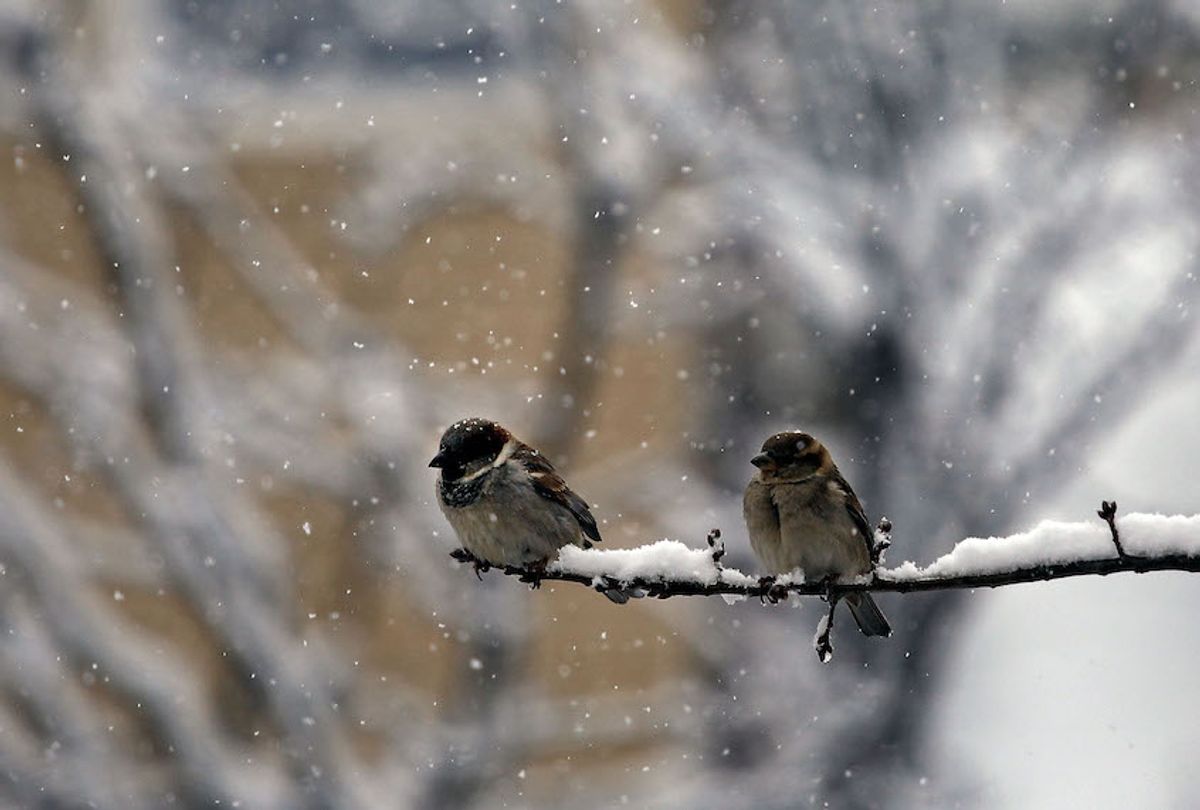 Two birds perch on a snow-covered branch of a tree during a storm in Washington, DC, March 21, 2018. (David Gannon/AFP/Getty Images)
--

North America lost 29 percent of its bird population — around three billion birds — over the last 49 years, according to a new report.

"Decline of the North American avifauna," a study released on Thursday in the journal Science, found that the continent has seen a net loss of 2.9 billion birds since 1970.

"The birds are the canary in the coal mine," The Bird Conservancy of the Rockies' Arvind Panjabi, a study author, told Gizmodo. "When the birds are dying, it surely can't be good for us either."

Researchers found that "90% of the loss can be attributed to just a dozen bird families, including sparrows, warblers, blackbirds, and finches," according to NPR.

Common birds with decreasing populations include meadowlarks, dark-eyed juncos, horned larks and red-winged blackbirds, says Rosenberg. Grassland birds have suffered a 53% decrease in their numbers, and more than a third of the shorebird population has been lost.

"We were stunned by the result," Rosenberg told The New York Times. "It's just staggering."

"This is a bird emergency with a clear message: the natural world humans depend on is being paved, logged, eroded, and polluted," Yarnold said.

"We have to act now to protect the places we know birds rely on," Yarnold said. "Places like the Arctic Refuge, Great Lakes, Everglades, and Colorado River must be a priority."

T. Scott Sillett, the head of the Smithsonian Migratory Bird Center, told Scientific American that the study — which he did research for — shows that the climate crisis is approaching critical levels and that immediate steps must be taken to repair the environmental damage that has depleted the continent's bird population.

"A lot of migratory habitat for shorebirds and wintering habitat has been lost," said Sillett. "This study points out that we have a lot more work to do in terms of habitat protection."