If the 2020 candidates talk about reparations, they must also talk about segregation

Segregation isn't just in the past, or the South. It's the single biggest driver of the racial opportunity gap 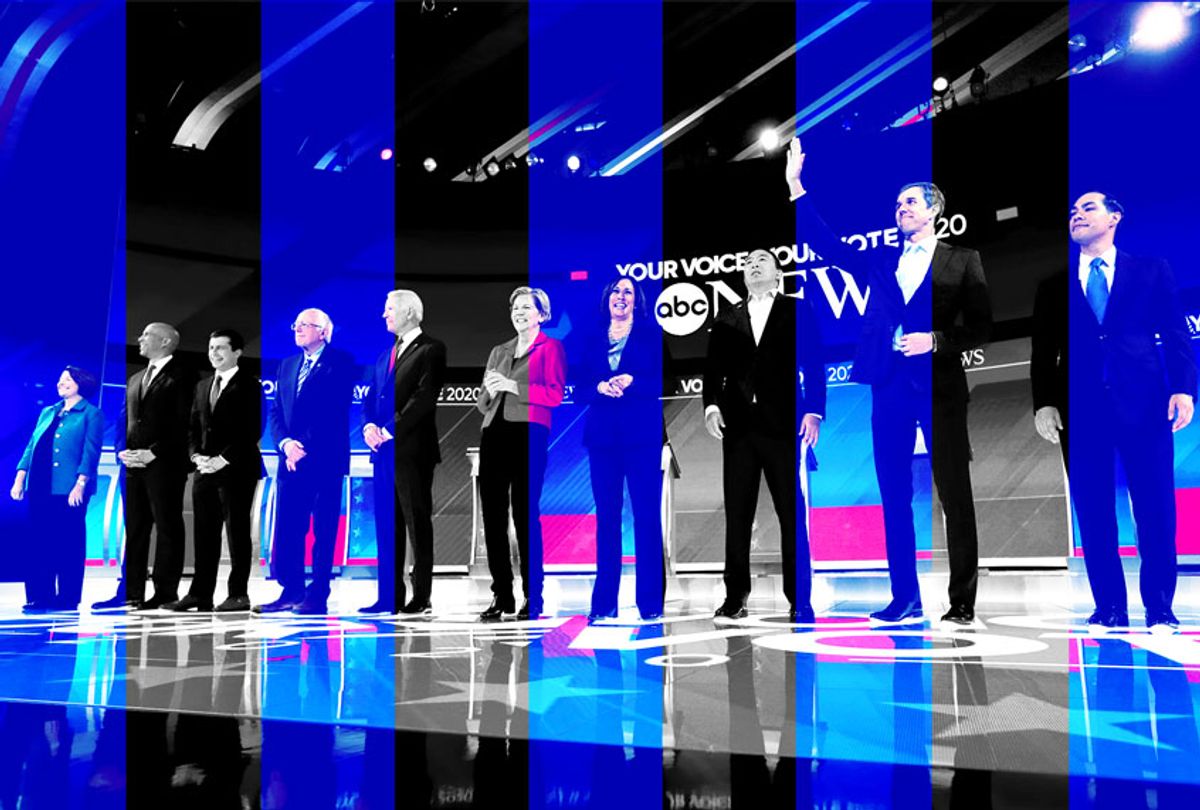 During the most recent Democratic presidential debate, the candidates had a brief exchange on the issue of reparations. The fact that it happened at all is welcome news. But as more than one candidate suggested in that conversation, a discussion about reparations must include how to address the continued segregation in our society. Only then can we be truly serious about racial equity.

Many people think that segregation only happened in the South decades ago. But segregation in everything from housing to education is alive and well in America. And it is the single biggest driver of this country’s yawning racial gaps in opportunity. This inequality continues to exist because of state and local laws and policies that lock wealth in higher income and disproportionately white communities while trapping black and brown people in neighborhoods that are disproportionately poor. If you have doubts, just drive through a black neighborhood and compare the housing, stores, streets, the quality of the air and the environment to a predominantly white neighborhood. Look up what happens to people of color who try to enroll their children in schools outside their district or to black youth who cross into white neighborhoods.

The physical differences you see in these communities aren’t because of the people. All people want good schools, good jobs, and good places to live. The differences are due to local policies like zoning that drive separation by race and class, and practices that enforce that separation. These systems are a direct legacy of slavery because they overwhelmingly harm people of color and privilege white people, with effects that compound and multiply through the decades.

To address the persistent segregation we see today, we need strong federal policies. But the Trump Administration is waging a war against the most effective tools for addressing housing segregation. Last year, the U.S. Department of Housing and Urban Development (HUD) announced that it was extending the deadline for local communities to comply with a fair housing rule that seeks to promote integration. HUD’s latest assault is against its own rule that bans practices that disproportionately harm communities of color.

Known as “disparate impact,” the purpose of the rule is to eliminate unfair barriers to opportunity, which are often tied up in segregation. The rule works as follows: Those defending harmful practices must show that they are necessary for achieving a “substantial, legitimate and nondiscriminatory” goal. If available alternatives could lead to the same goal but with less harmful outcomes, then the rule favors the policy that would produce fewer harms. A proposal by the Trump Administration to weaken this rule would make it almost impossible to prove disparate impact and would derail its enforcement.

Undermining fair housing policies also threatens to deepen segregation in education. Because state and local policies often require students to attend schools where they live, these forms of segregation are interwoven and mutually reinforcing. School policy is housing policy, and vice versa. People who have the ability to choose won’t send their children to schools where they will be isolated. All parents and caregivers want schools where their children will feel welcomed and valued. This is just as true, of course, for African American and Latinx families as it is for white families.

Segregation in housing and education hurts everyone because it cheats the American dream. It privileges those who are already privileged and disadvantages those who are already disadvantaged. It also divides us as a country and corrodes our democracy. If we do not live in the same neighborhoods or go to the same schools, how will we ever learn to trust one another so we can work together for a better future?

Discussion about reparations among the Democratic candidates for president is a very positive first step, but reparations won’t work unless we also bring the fight against segregation.

Elise C. Boddie is a professor of law, Henry Rutgers Professor and Judge Robert L. Carter Scholar at Rutgers Law School. She is also the founder and director of The Inclusion Project and the former director of litigation at the NAACP Legal Defense & Educational Fund, Inc.