Imelda dumped 40 inches of rain on Texas — and it wasn’t even a hurricane? 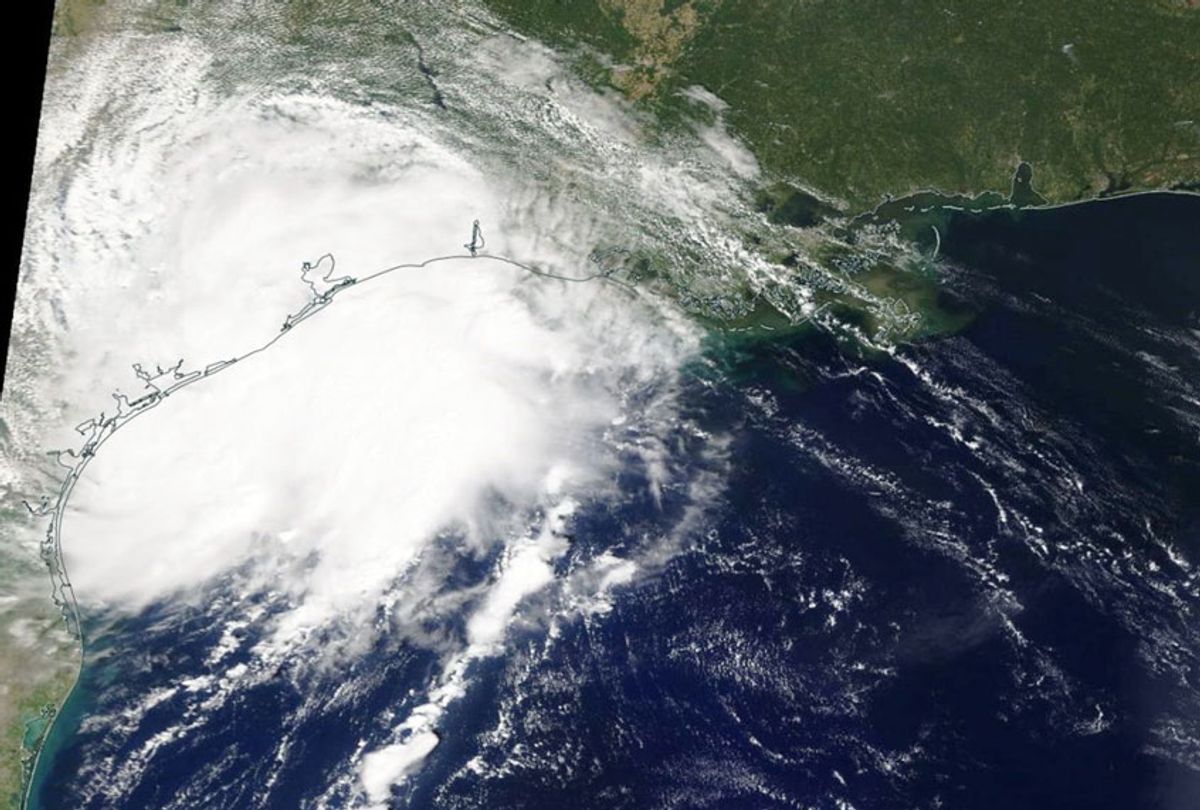 On Sept. 17 at 1:30 p.m. EDT (17:30 UTC), the MODIS instrument that flies aboard NASA’s Terra satellite showed newly formed Tropical Depression 11 just after it made landfall along the Texas coast. Credit: (NASA Worldview)
--

Tropical Depression Imelda turned southeast Texas into a disaster zone last week, dumping more than 40 inches of rain east of Houston and bringing back memories of the monster storm Hurricane Harvey in 2017.* Hundreds of homes have been flooded and more than 1,000 people rescued from the floodwaters.

Who would have thought a “tropical depression” could be this terrible? Well . . . meteorologists did, including one named Marshall Shepherd. He wrote an article way back on Monday warning that “major flooding” could be heading to the region.

Shepherd, an atmospheric sciences professor at the University of Georgia, would like the phrase “it’s just a tropical depression” to disappear. Our preoccupation with “hurricane” status leads people to underestimate the threat of tropical depressions like Imelda, he wrote on Forbes.com on Thursday.

People in the Houston area “let their guard down” after the first rains came through, a local meteorologist told the Houston Chronicle, and there was a general sentiment that the storm’s wild flooding “came out of nowhere.”

Meteorologists measure a storm’s wind speed to determine whether it’s a hurricane and, if so, which category. A tropical cyclone (the catch-all term for these rapidly rotating storm systems) with slow-moving winds is called a “tropical depression.” The National Weather Service declares it a “tropical storm” when its winds reach 39 mph and a “hurricane” when they crest 74 mph.

But that approach is becoming controversial because the deadliest threat from storms isn’t wind, it’s water. Flooding and surging coastal waters account for about 88 percent of deaths from hurricanes in the United States, according to the National Hurricane Center.

Imelda, with maximum sustained winds of 40 mph, narrowly qualified for a name at all — the cutoff is 39 mph. It’s not the first barely-named storm to wreak havoc in Texas. Back in 2001, Tropical Storm Allison doused Houston with as much as 25 inches of rain, causing some $5 billion in damages.

Shepherd was amazed by all of the “we didn’t know” or “we knew about Harvey, not Imelda” narratives that were showing up on social media in the days after the storm hit, he wrote on Twitter. Some Texans who hadn’t heard much about Imelda blamed it on the lack of media hype about the storm.

Some researchers have proposed updates or alternatives to the current system for classifying hurricanes, known as the Saffir-Simpson scale, calling for an approach that takes into account rainfall, storm surge, and the overall size of the storm. Until then, Imelda serves as a reminder that tropical depressions can bring as much damage as a hurricane.

*Correction: An earlier version of this article misstated the year that Hurricane Harvey hit.