"Once again, President Trump has sided with the interests of corporate executives over those of working people." 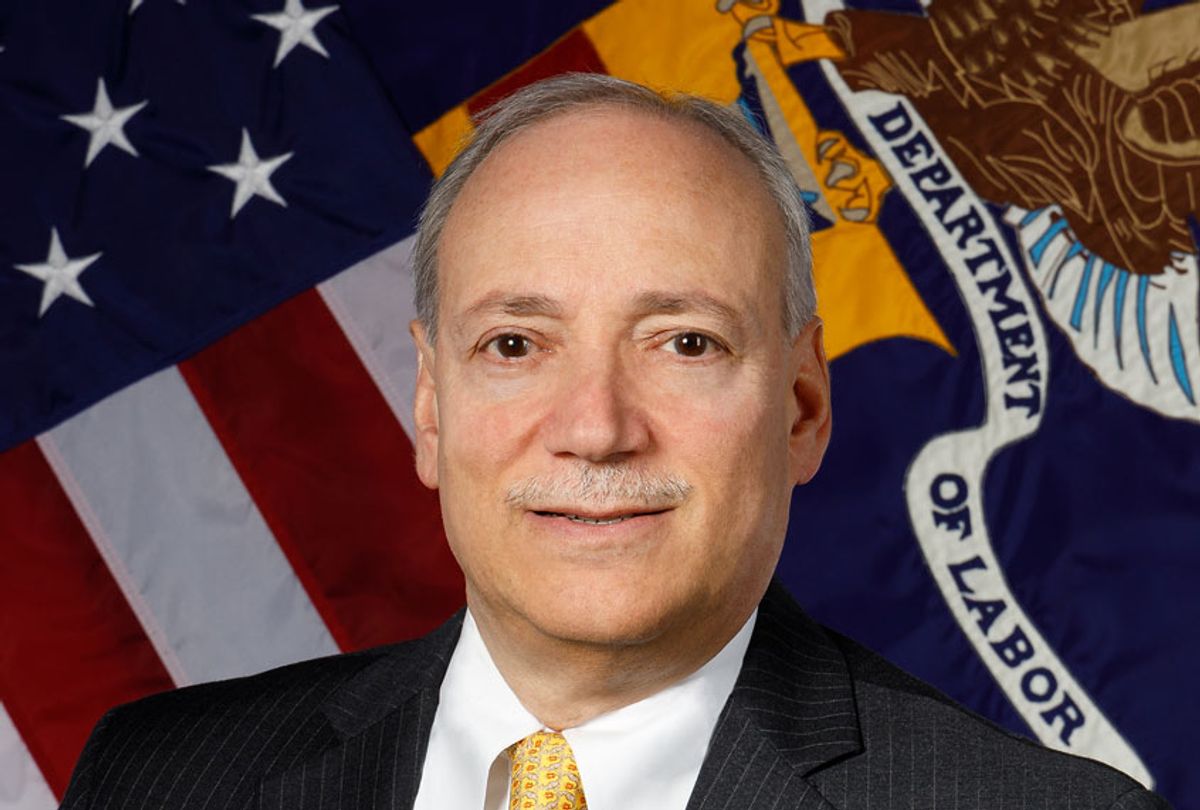 Labor rights advocates and progressive economists slammed the Trump administration after the Department of Labor announced Tuesday a final rule on overtime pay to replace a bolder Obama-era proposal blocked by a federal court in Texas.

"While the administration may be trumpeting this rule as a good thing for workers, that is a ruse," saidHeidi Shierholz, director of policy at the Economic Policy Institute (EPI). "In reality, the rule leaves behind millions of workers who would have received overtime protections under the much stronger rule, published in 2016, that Trump administration abandoned."

The Labor Department outlined in a statement Tuesday four key results of its final rule, which is set to take effect on Jan. 1, 2020:

The federal government sets the minimum salary level but, as CNBC noted Tuesday, "several states including California and New York have salary thresholds for determining overtime eligibility that are higher than the federal standard."

However, EPI's Shierholz pointed out that millions more workers would have benefited from the blocked Obama-era rule, which would have raised the salary level to $47,476 and updated it every three years to account for increases in costs of living. Based on her analysis of the Trump administration's overtime pay proposal from March — which had a slightly lower salary threshold of $35,308 per year — Shierholz explained:

Additionally, unlike the 2016 rule, the Trump administration's version does not automatically update, meaning workers' annual losses will grow over time.

Shierholz was not alone in issuing a scathing critique of the final rule on Tuesday.

"This is a disaster for those 8 million workers, and further undermines worker power and protections, which ultimately hurts everyone," tweeted Roosevelt Institute fellow Michael Linden.

"With this rule, the Trump administration continues to undermine the economic security of working families, forgoing overtime protections for millions of workers who were covered by the Obama administration's rule," Tanya Goldman, a senior wage and hour policy adviser in the Obama administration who is now an attorney at the Center for Law and Social Policy, told Bloomberg Law. "The white-collar overtime salary level has become so out-of-date, that people are working long hours away from their families, without needed overtime pay, losing out on time and money."

Critics of the new rule were quick to accuse President Donald Trump and his administration of prioritizing the interests of corporations and executives over those of American workers.

Amit Narang, a regulatory policy advocate at the consumer advocacy group Public Citizen told the Wall Street Journal that "by weakening the overtime rule, President Trump is literally taking money from the pockets of workers to please corporate interests."

"No one should be fooled by the Labor Department's new overtime regulation," declared Christine Owens, executive director of the National Employment Law Project (NELP). "It is not a pro-worker regulation, but rather, another gift to corporate America — one that will allow it to continue to require far too many workers in this country to work in excess of 40 hours per week without any additional compensation for doing so."

"NELP has continually posed the question: who does the Labor Department really work for? Well, there's really no doubt any longer," she continued. "DOL doesn't endeavor to serve the workers in this country; these days, it exists to do the bidding of corporate America."

"We are confident that legal action will be pursued to challenge this regulation," Owens added. "We will not sit by while DOL refuses to be an ally of this nation's workforce."

EPI's Shierholz noted that "the administration did not need to undertake a new rulemaking — they could have defended the 2016 rule, and supported middle-class workers and their families."

"Instead, once again, President Trump has sided with the interests of corporate executives over those of working people," she charged.

The Labor Department's unveiling of the overtime pay rule came shortly before the Republican-controlled Health, Education, Labor, and Pensions (HELP) Committee advanced the nomination of corporate attorney Eugene Scalia, Trump's pick to serve as the next chief of the Labor Department, to a full vote by the upper chamber.

Scalia — the son of late U.S. Supreme Court Justice Antonin Scalia — is opposed by labor unions and some Democratic lawmakers. Sen. Patty Murray (D-Wash.), the HELP Committee's ranking member, said last week that "instead of nominating a Secretary of Labor, President Trump has nominated a Secretary of Corporate Interests."