Why did this fail? Screen shots of the talking points were distributed on Twitter 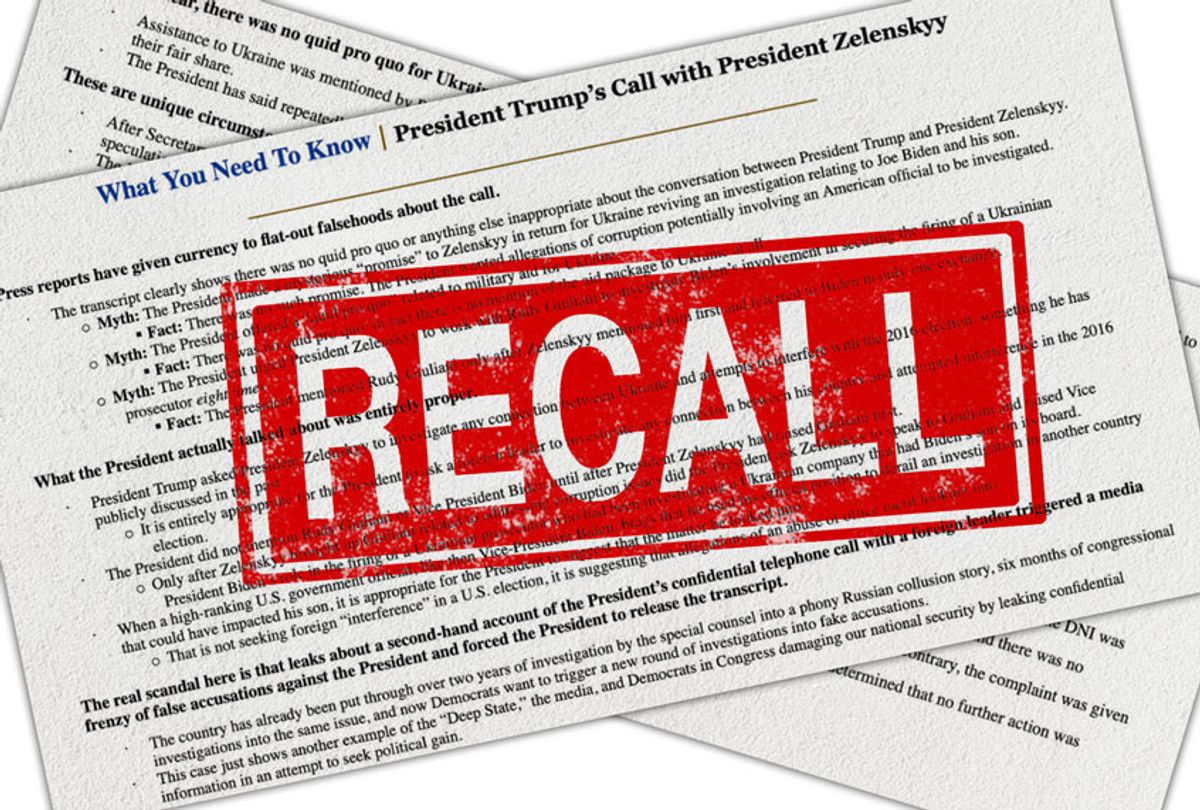 The Trump White House on Wednesday made a significant blunder when it accidentally emailed its talking points intended for congressional Republicans to congressional Democrats.

As reported both by Politico’s Andrew Desiderio and the Washington Post’s Jacqueline Alemany, the White House sent out an email with the header “What you need to know” to Democratic lawmakers that gave them ways to spin the damning summary of a telephone call between President Donald Trump and Ukrainian President Volodymyr Zelensky.

The talking points include recommendations that Republicans say it was entirely appropriate for the president to pressure a foreign leader to investigate a political enemy, while then turning the tables and saying the real story is former Vice President Joe Biden’s purported “corruption.”

The two reporters also reveal that the Trump White House quickly realized its error and sent out a “recall” for the email. This failed, however, as screen shots of the talking points are already being distributed on Twitter.

Read the talking points for yourself below: