Impeach Trump: But for all his crimes, not just over Ukraine scandal

Democrats should learn from #MeToo: Multiple narratives of crime are a lot more convincing than just one story 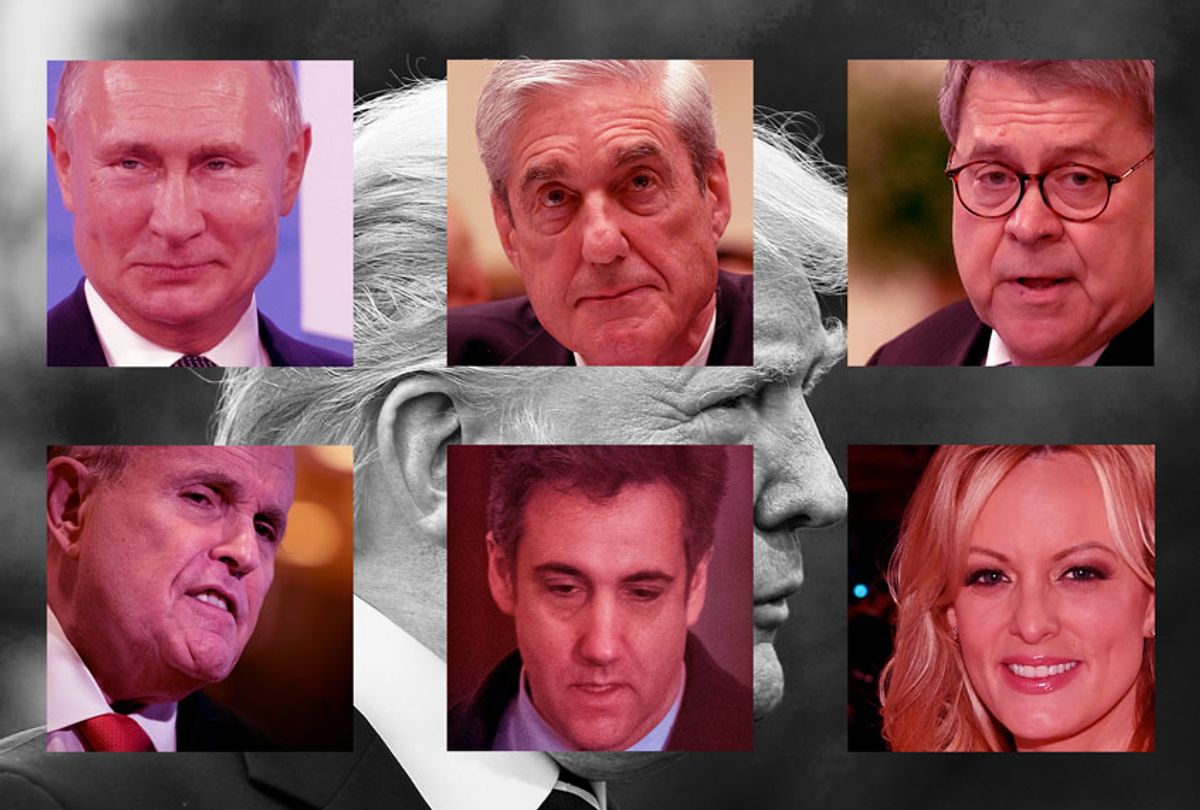 Donald Trump and Republicans have a plan to handle this Ukraine scandal: Gaslighting. On Wednesday, the White House released a suspiciously short reconstruction of Trump's call (falsely labeled a "transcript") with Ukrainian President Volodymyr Zelensky, in which Trump demanded a "favor" from Zelensky after the Ukrainian leader requested U.S. military aid that had already been authorized by Congress. The "favor"? Manufacturing a scandal against former Vice President Joe Biden that Trump could deploy in the 2020 presidential campaign.

What's going on here — extortion, bribery and abuse of office — is crystal clear. But Republicans have a plan, which is to flat-out pretend not to see a problem, and instead suggest that Democrats are crazy to object.

Senate Majority Leader Mitch McConnell told reporters that it was "laughable to think this is anywhere close to an impeachable offense."

Trump has been running around insisting he is "innocent" and that the call was "perfect." To demonstrate how innocent he imagines this behavior is, he did it again on live TV, pressuring Zelensky about the Biden thing during a joint press conference at the UN on Wednesday and then issuing another veiled threat, telling Zelensky, "I really hope that you and President Putin can get together and solve your problem."

There are many more examples. The entire thing is reminiscent of that classic Richard Pryor routine about how he  gaslights his wife about his infidelity.

"I don't care what you think you saw, I was not f**king her," he joked. "Now you're gonna believe me or your lying eyes?"

Republican gaslighting could definitely work, as it has in the past. But Democrats have a way to fight back: Impeach Trump for everything, not just the Ukraine scandal.

Unfortunately, Democrats — who are excellent at snatching defeat from the jaws of victory — are already screwing up impeachment by moving toward a "strategy" narrowly focused on the Ukraine affair. That would be a tremendous gift to Republicans, in that it helps them continue to gaslight the public about what exactly is happening here.

The reason is simple: It's exponentially easier to gaslight people over a singular incident than over a pattern of behavior. What the gaslighter does with a single incident is draw the opposition into a confusing, line-by-line debate over the minutiae, sending opponents down rabbit holes and obscuring the larger picture by squabbling over minor details.

This strategy was on full display in the White House talking points accidentally emailed to House Democrats after the release of the phone-call memo. The plan was to bog down the debate in squabbles over the exact number of times Trump pressured Zelensky on this Biden question or over who said what first or other relatively irrelevant details, all to distract from the larger question of Trump dangling military aid over Zelensky in exchange for dirty tricks against Biden. This kind of strategy works by making the whole thing seem confusing, so voters who are only halfway following the story give up trying to figure out the truth and assume that everyone is full of crap.

But if Democrats impeach Trump over everything corrupt and criminal — sexual predation, profiting off taxpayers, obstruction of justice, attempted conspiracy with Russia, the payoffs to mistresses, etc. — they can redirect attention away from the confusing debate over a single incident of corruption and point public attention to the larger pattern of corruption that defines every aspect of the Trump administration.

One story of a man doing evil can be quibbled to death. Multiple stories, however? That is a lot harder to gaslight your way out of.

To see how this works, look no further than how the #MeToo movement managed to upend longstanding tendencies among the public to dismiss stories of sexual abuse and disbelieve survivors. #MeToo worked for a simple reason: Multiple stories that show a pattern are harder to discredit with bad-faith methods than just one.

When a single woman steps forward with a story of a man abusing her, such as Harvey Weinstein, the accused and his defenders can get to work using the same methods Trump and Republicans are using to muddy the waters around the Ukraine story: Seizing on minute details to quibble over to obscure the bigger picture, claiming the accuser is not credible or is crazy, asserting that the accuser is making mountains out of molehills.

But when multiple women stepped forward to accuse Weinstein — or Bill Cosby or Matt Lauer or Les Moonves or Bill O'Reilly or Larry Nassar — the focus shifts away from a single story, which can be endlessly quibbled over, and toward a larger pattern of behavior. It stops being about the details of a single story or about the character flaws or virtues of both accused and accuser. Patterns help tell the larger story, indicting a person as a whole, which is a much simpler and easier tale to digest than some complicated fight over a single incident.

Democrats should employ the #MeToo strategy when pursuing the impeachment inquiry. Don't just focus on Ukraine, especially since Republicans have already indicated they intend to confuse the issue by litigating the details in bad faith in an endless fashion. Focus on Donald Trump's pattern of behavior, which is abusive, criminal and corrupt. Don't make this about whether one incident was a crime. Make it about whether Trump, the man, is a criminal. And the way to do that is to impeach him for everything.

No doubt that's a daunting task. Because being a criminal is so central to Trump's identity, he has racked up a stunning number of impeachable offenses in less than three years in office. Holding hearings for all of them will be difficult and time-consuming work. But it's work that's well worth doing.

As #MeToo showed, it's easy for the public to blow off a single story about a man committing sexual abuse. But they can't blow off a dozen stories. Same with Trump. People can blow off one story of Trump committing a crime. They can't and won't do that if they're confronted with a long series of stories all pointing to the same conclusion: President Trump is a criminal.