Will Oregon be the first state to decriminalize all drugs? 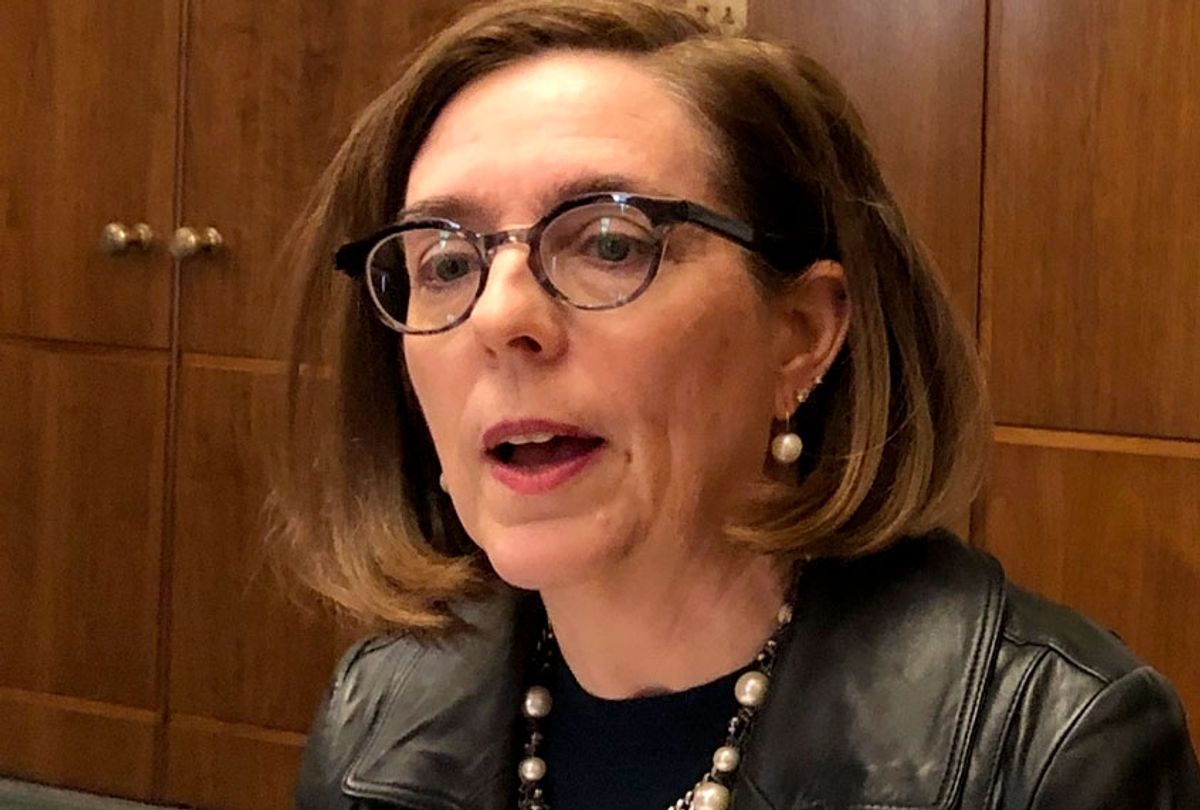 The groundwork is being laid now for a possible effort to decriminalize the possession of drugs in Oregon. Last month, a trio of drug reform advocates quietly filed a decriminalization initiative, the Drug Addiction Treatment and Recovery Act, with state officials.

That is only the first step in the long and complicated process of getting the initiative on the November 2020 ballot and approved by voters, but it is a first step. Between now and then, the Oregon activists and national groups will be weighing whether success is actually possible and if a full-blown campaign to get it passed will happen.

As is evident from the initiative’s title, it is not just about drug decriminalization, but also about coming up with better ways than drug-war-style policies to address drug misuse and addiction; it is a public health approach rather than a criminal justice approach to the problem.

And it is one that would use taxes derived from the legalization of marijuana to pay for drug treatment and other services for people with drug problems.

According to the proponents, the aim of the initiative “is to make health assessment, treatment and recovery services for drug addiction available to all those who need and want access to those services and to adopt a public health approach to drug addiction by removing criminal penalties for low-level drug possession.”

Here’s what the initiative would do:

Such a measure is desperately needed, said Anthony Johnson, chief proponent of the initiative, who also headed the state’s successful 2014 marijuana legalization campaign. His fellow proponents are Haven Wheelock of the Portland needle exchange Outside In, and Janie Gullickson, executive director of the Mental Health and Addiction Association of Oregon.

“Oregon ranks nearly last in the country in access to drug addiction treatment,” Johnson explained in an emailed statement. “The waitlist to get treatment can be months long, and in some rural counties, there is practically no treatment at all. This is one reason why one to two Oregonians die of drug overdoses every day, sometimes while they are waiting to get treatment. But instead of expanding access to treatment and recovery, Oregon has recently cut it, reducing general fund money for drug addiction treatment by 89%. If we don’t do something soon, many more people will die.”

While there is a popular belief that being able to arrest people for drug possession is a key to getting them into treatment, Johnson demurs.

“It shouldn’t be,” he said. “Most people who need treatment do not get arrested, and many are reluctant to get treatment because drug possession is a crime. Although there are some who may seek treatment as the result of an arrest, the damage done by saddling someone struggling with addiction with a criminal record is vastly worse, stigmatizing them and often costing them jobs, housing, student loans, time, and separation from their family and support network, among other things. Treatment is more effective when people want it and when it is available on demand.”

And there’s enough money in legal marijuana to pay for it, he said.

“If revenue from marijuana continues to grow at the same rate it has been growing as estimated by the state, this act will bring in about $100 million a year for treatment and services by 2021,” Johnson argued. “That number is projected to grow by about $20 million a year. For comparison, there was a recent bill that failed in the legislature that would have provided $2.9 million in new money for treatment. This act would provide more than 30 times that amount — all from existing resources.”

The state took in $102 million in marijuana tax revenue in fiscal year 2019, and it estimates that number will grow in the foreseeable future. Under the initiative’s provisions, all marijuana tax revenue above $45 million would go to services such as drug addiction treatment, recovery, peer support and housing, Johnson said. The remaining $45 million not earmarked for the initiative would continue to go where it does now, for schools, public safety, and drug addiction treatment and services.

Social and racial justice also demands Oregon find a new path, Johnson argued. A 2016 study found that African Americans in the state are convicted of felony drug possession offenses at twice the rate of white people.

“Our drug laws are deeply inequitable, disproportionately targeting and impacting people of color and in poverty,” he said. “Oregonians use drugs at about the same rate, regardless of the color of their skin. However, people of color are much more likely to be arrested, charged and convicted of drug crimes. People of color are also sentenced more harshly and forced to pay higher fines. That’s morally reprehensible. At the same time, our current drug laws distort the priorities of police, who end up spending too much time arresting people for being addicted to drugs instead of focusing on community safety.”

The initiative was drafted with the help of the Drug Policy Alliance, as well as dozens of Oregonians working in treatment, addiction, and recovery, along with experts on equity, economics, criminal justice, civil liberties, ballot measure campaigns, law, Oregon state politics, and more.

The initiative has been filed, but a final decision on whether it’s a “go” has yet to be made. While the Drug Policy Alliance has been involved, it has not committed to getting behind this initiative just yet.

“We’ve been looking at a number of states, including Oregon, that could benefit from moving towards a health-centered approach to drugs and away from criminalization,” Matt Sutton, the group’s director of media relations, said in an email. “At this point in time, we have connected with various groups on the ground and are exploring all of our options. It is much too soon to determine whether or not we will move forward with this measure, however, the process to get something on the ballot in Oregon can be lengthy, and we wanted to make sure the door was still open for the potential measure to proceed.”

“We would not be where we were unless there was a strong path to victory, but the campaign is still in an exploratory phase, and we have a lot more work to do before we make a final decision about whether to go forward with the campaign,” Johnson said.

The Drug Policy Alliance is a funder of Drug Reporter.