Republican Rep. Chris Collins resigns from the Congress ahead of expected guilty plea 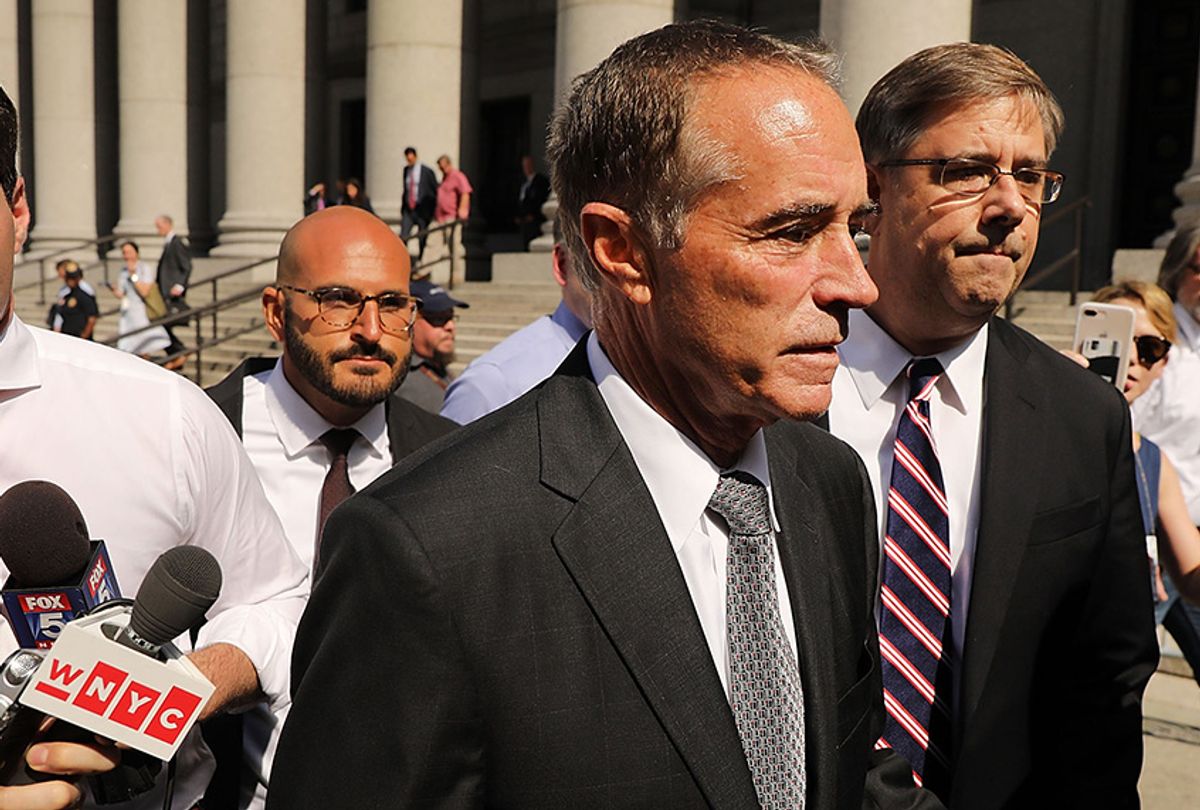 Rep. Chris Collins, R-N.Y., who was an early supporter of Donald Trump's presidential campaign, will resign from the Congress. The news arrives one day before Collins is expected to plead guilty to charges in an insider trading case.

The office of Speaker of the House Nancy Pelosi confirmed that Collins had submitted his letter of resignation, which will take effect Tuesday. The letter will be filed during a House pro forma session.

"We are in receipt of a letter of resignation," Drew Hammill, Pelosi's deputy chief of staff, told NPR. "It will be laid down on the House floor tomorrow during pro forma. Resignation will be effective at that time."

In February 2016, Collins became the first sitting congressman to endorse Trump for president. At that time, the congressman said that Trump would “make America great again" — and the "most important thing is jobs."

Collins was indicted in August 2018 along with his son, Cameron, and the father of his son's fiancée, Stephen Zarsky. The men are also charged with lying to the FBI in interviews about their alleged efforts to profit off insider knowledge about a company called Innate Immunotherapeutics. The indictment charges came after The Hill revealed in a report in 2017 that Collins had bragged about how much money he had made for other members of Congress.

After the indictment, Collins denied the allegations, saying: "I believe I acted properly and within the laws at all times. Throughout my tenure in Congress, I have followed all rules and ethical guidelines."

Collins has been a member of the Congress since 2013.  Many candidates have already announced plans to challenge Collins in 2020: Republican state Sens. Chris Jacobs and Rob Ortt, plus Democratic lawyer Nate McMurray. While an official special election has yet to be announced, New York's Democratic Governor Andrew M. Cuomo will likely set one in the coming months.

“The real victims of Collins' crimes are the people of his district that he repeatedly lied to about his guilt,” McMurray said in a statement Monday to The Hill. “Collins and Republican party insiders robbed his constituents of the representation they need on important issues like the rising cost of healthcare, the opioid epidemic and the fight for good paying jobs.”