Forget the scandal and backstabbing, the most honest moments are revealed on the characters' plates 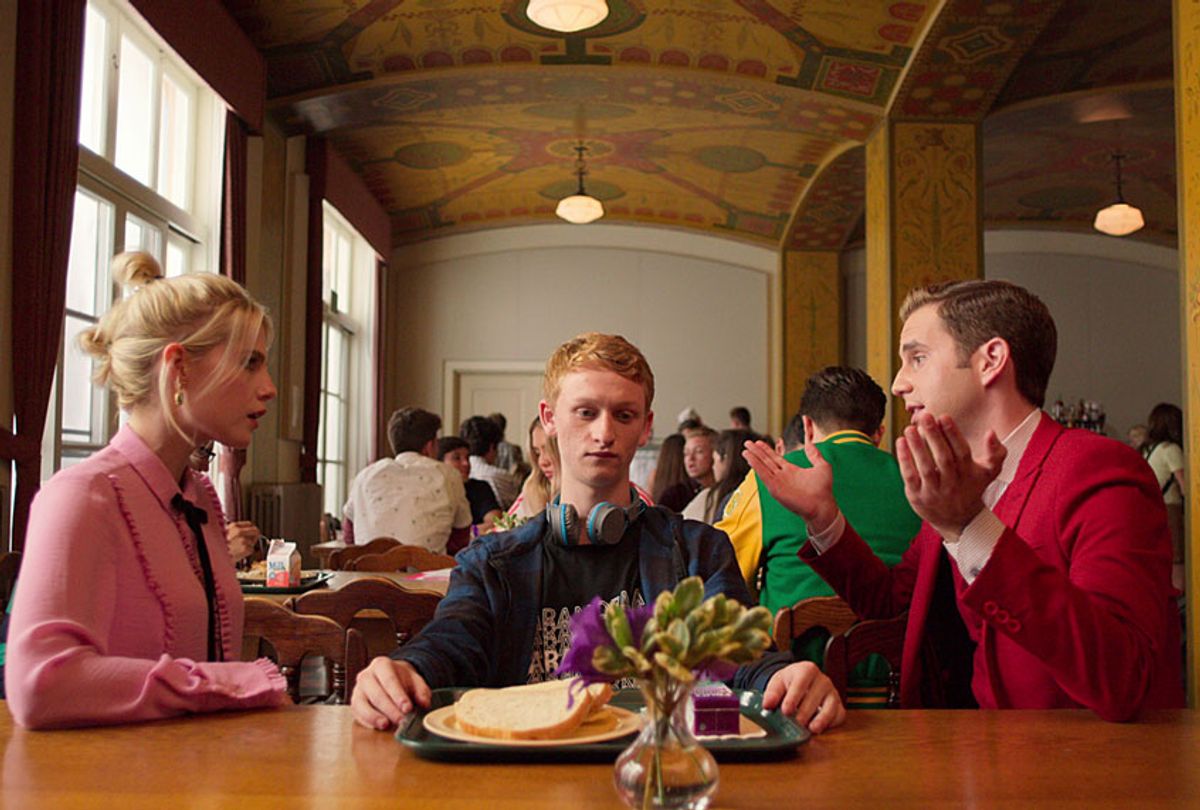 There are some light spoilers for Season One of "The Politician" ahead; you've been warned.

There’s nothing particularly subtle about “The Politician.” It’s a soapy, stylized Netflix series that trades in melodrama and is driven by the — at times laughable — premise that the results of a student election at a tony Santa Barbara high school could cause the earth to shatter.

And while the series’ actual political commentary is, at times, a little muddled, one of the strongest and most nuanced elements of “The Politician” is in its use of food as both a demarcation and exploration of socioeconomic status.

This show definitely centers on those living in the realm of “The Haves”; with the exception of potentially one character, there are no real “Have Nots” in “The Politician,” merely people who have less than exorbitant wealth. The meals they eat — and who prepares them — helps signal these distinctions.

We’re introduced to him at his family breakfast table. His mother turns away from the stove, a pan in one hand and a cup of coffee in the other. “Scrambled eggs again?” Elliot asks. “You want fancy eggs? Make ‘em yourself, little Prince George,” she retorts. (Cue my best Carrie Bradshaw: “It was at this moment I asked myself, what are ‘fancy eggs?’ Poached? Seven-minute soft-boiled? Fabergé?”)

Elliot lives a in pretty obviously middle-class, two-parent home. But unlike most of the students directly involved in the presidential race, Elliot doesn’t have a staff of personal chefs and butlers or a home with multiple kitchens. It’s a tenuous divide, but one that is noted —as Payton says when attempting to secure his vote, Elliot lives on a street most would consider to be “the other side of the tracks.”

Also living there is Infinity Jackson (Zoey Deutch), Payton’s on-again-off-again running mate who may or may not have cancer. She lives with Dusty, her overbearing, manipulative grandmother (Jessica Lange) who uses Infinity’s purported illness to maneuver their way into some special places like Disneyland, Busch Gardens and, especially, her favorite restaurant: Olive Garden, where a shocking amount of character development in the series takes place.

In the world presented by “The Politician,” it’s fair to assume that many of the main characters have never stepped into an Olive Garden, a chain that has, for years, been something of a punchline with its simultaneous claims of culinary authenticity and menu items like “Loaded Pasta Chips” and an unlimited pasta pass.

For what it’s worth, in an interview “Entertainment Weekly,” Lange admitted she had never been to an Olive Garden in her life. “Although,” she says, “I’ve been to Denny’s. Does that count?”

It’s a favorite topic on the social media account “Middle Class Fancy,” which, as the name suggests,  satirizes behaviors and establishments — like Outback Steakhouse and Cheesecake Factory — that aren’t really “fancy,” per se, but are especially popular with people of a certain socioeconomic designation.

And in watching “The Politician,” you get the sense that “middle class” encapsulates an income bracket Dusty has spent much of her life striving to reach. She is from, as she tells Payton, West “by God” Virginia, and is all too aware of the divide between her and her Santa Barbara neighbors.

“Well now, don’t you go judging us,” she said when she invited Payton over for dinner. She’s made bologna cups stuffed with Velveeta cheese and mashed potatoes, all served in disposable aluminum table pans. “I know this isn’t what you have for dinner over on your side of town.”

But Payton is nothing if not a politician — and with the poised smile of the many, many politicians before him, he graciously accepts this campaign trail meal. But as much as he, and the other students involved in the presidential race, want to position themselves as candidates of the people, when you begin paying attention to the food story in “The Politician,” it becomes increasingly apparent how out of touch they are.

While Payton’s brothers eat candy out of crystal serving dishes, Elliot questions why Peanut M&Ms in the school vending machine cost a dollar more than a bag of SunChips. While Payton’s girlfriend has a butler to serve her green juice from a glass carafe, Infinity drinks boxes of grape-flavored juice. In a “poor little rich girl” turn, Payton’s political opponent Astrid (Lucy Boynton) escapes the pressures of her affluent family and spends her time at the Times Square Bubba Gump Shrimp Company to feel ordinary.

Throughout its first season,“The Politician” grasps at a lot of splashy topics that are hot in the current presidential primary, like gun control, mental health, LGBTQ issues and transparency. The result is often depressingly hollow as any real exploration takes a backseat to scandal and sensationalism. But the economic tension between candidate and constituent that underpins the entire show is most effectively explored not in the high school presidential debates, but in looking at what is on the characters’ plates.