A nematode species discovered in Lake Mono has three sexes

For a newly-discovered, arsenic-resistant nematode species, sex is a trinary 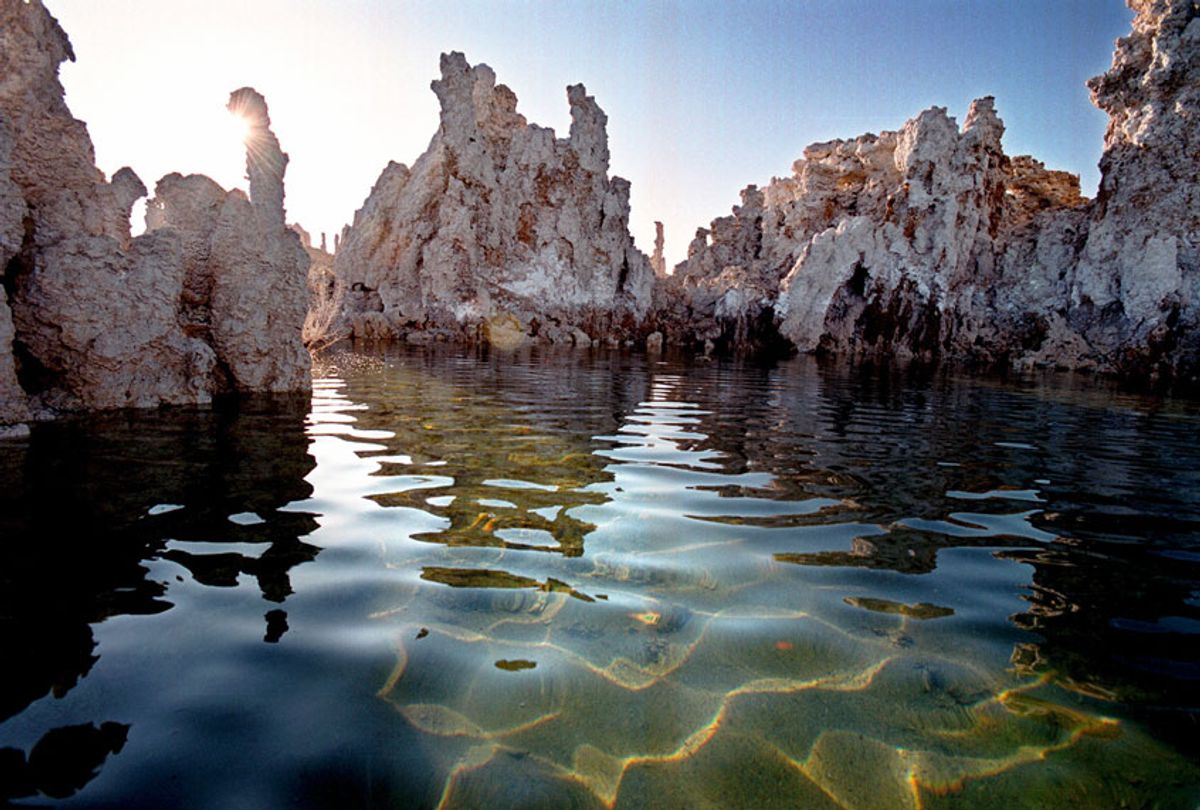 The famed "Tufa" formations of Mono Lake, near Lee Vining, CA, will slowly be re-submerged into the briny water where they were formed by an underwater chemical reaction between submerged freshwater springs and salty lake water June 22, 2000. The fragile limestone formations became exposed to the air as a result of the diverting of five inflowing streams to quench the thirst of the city of Los Angeles, 350 miles to the south, since 1941. Two decades of environmental activism to restore the water level and save the threatened ecosystem of one of the oldest lakes in North America, more than 760,000 years old, resulted in the implementation of a stream restoration plan in 1998 which will ultimately return the lake level to within 25 feet of its 1941 elevation. (David McNew/Newsmakers)
--

Nematodes, also known as roundworms, are one of the most resilient and peculiar animals on the planet. Some can survive in very hostile environments, like a dog’s intestines, yet they are deceptively simple organisms: one roundworm has an estimated 1,000 cells, whereas humans have around 37.2 trillion cells. Now, scientists have discovered a new indomitable nematode that has three sexes living in a toxic, largely lifeless lake.

According to a study published in the journal Cell by a group of researchers at the California Institute of Technology, there are eight different types of nematode species living in Lake Mono, the saltiest lake in the state of California. After taking a close look at their multiple reproductive systems, the scientist found that worms of the species Auanema sp came in three sexual variants: some had male reproductive parts, some had female reproductive organs, and some had both both.

Interestingly, the hermaphrodite worms hatch their young within their uteri, which keeps them safe inside its body before they live-birth them later.

“Auanema sp. ... uniquely live birth their larvae after hatching the embryos in their uterus,” the authors of the study wrote. “Live birthing is a common feature of extremophile nematodes suggested to serve an adaptive role in extreme environments, and it may therefore be a strategy Auanema sp. uses to protect its progeny from the harsh conditions of Mono Lake.”

As the authors note in the study, extremophiles — organisms that live in uncommonly harsh conditions — have a lot to teach biologists about resilience. The fact that these worms were found in a body of water three times as salty as the ocean is remarkable. Prior to this study, only bacteria and algae were known to live in the lake.

"Extremophiles can teach us so much about innovative strategies for dealing with stress," Pei-Yin Shih, one of the graduate students of the study, said in a media statement. "Our study shows we still have much to learn about how these 1000-celled animals have mastered survival in extreme environments."

The researchers plan to sequence the genome of the Auanema species, and hopefully identify genes that might enable arsenic resistance. This could help answer questions about how the toxin affects cells and bodies.

"It's tremendously important that we appreciate and develop a curiosity for biodiversity," James Siho Lee, a researcher on the study, stated. "The next innovation for biotechnology could be out there in the wild. A new biodegradable sunscreen, for example, was discovered from extremophilic bacteria and algae. We have to protect and responsibly utilize wildlife."