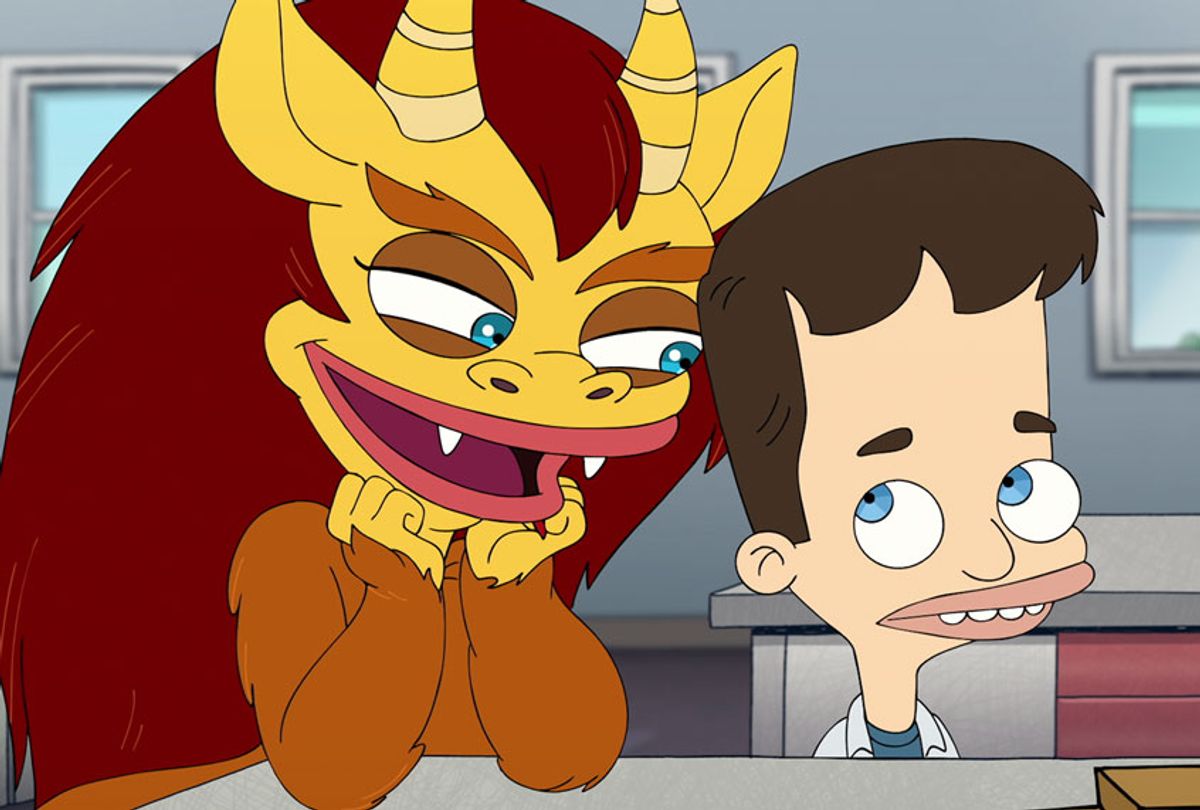 The main strength of the third season of “Big Mouth” is found in a statement made by Nick Birch, a relatively level-headed 13-year-old voiced by Nick Kroll who is just trying to navigate the rough, rough puberty years. “You guys don’t understand the politics of childhood,” he exclaims in dismay as he sits around the table with his family.

“Because they’ll call him a pussy,” he says.

“Since when did being called a beautiful genital become an insult?” Elliot responds.

But in contrast to some other adult animated shows, the cast of “Big Mouth” actually does (as the theme song signals every single episode) go through changes. Unlike Bart Simpson, they’re not destined to be forever trapped in the pre-pubescent state. The characters are aging, they’re developing and, as they do so, they’re dealing with problems that society at large — and, you know, adults — are trying to process as well.

I don’t want to spoil too much, but we’re talking things like, as the series preview advertises, “cell phone addiction, female anger, the vast spectrum of sexuality, Adderall abuse, dick pics, toxic masculinity” and, as the Birch family discussed around the dinner table, misogyny and allyship.

This conversation was sparked by the fact that the kids’ school has instituted a sexist dress code policy; the girls have a bunch of new regulations they have to adhere to, while the boys’ rules basically amount to “no shirts with curse words.”

This doesn’t sit right with the girls, so they decide to put on a protest in the form of wearing their sexiest clothes to school, citing Amber Rose’s SlutWalk as an inspiration. But somewhere along the way, the message gets muddled; mean girl Devin (June Diane Raphael) declares her right to dance provocatively and be a “cock tease” while the boys watch lecherously, and then get offended when they’re rebuked for doing so.

Everyone is confused by everyone else’s reactions, and the whole thing becomes a hormone-fueled mess.

That is until Nick later voices his desire to be an ally for women, and he and his close friend Jessi Glaser (Jessi Klein) hash out the basics. Jessi wants the autonomy to wear what she wants without being held accountable for her male classmate’s bad behavior, while Nick wants to support her in that effort.

Connie jumps in, proud that middle schoolers are having such “big conversations.”

And it is a big conversation — because while Nick becomes more understanding, his best friend Andrew Glouberman (John Mulaney) gets angrier. He’s angry that his crush, Missy Foreman-Greenwald (Jenny Slate), doesn’t want him. He’s angry that the girls want to be sexy, but not objectified. But more than anything, he’s angry that he can’t seem to control his own hormones.

He posts a video about his feelings online and is encouraged by a strange man on the internet (always the voice of reason, right?) to come vent with him and some other men in person. Fast-forward to Andrew sitting in a Radison ballroom with a bunch of angry, adult men talking about how frustrating their “bitch ex-wives” are. Then the insults turn to race, and Andrew realizes that he’s in a room full of incel neo-Nazis. It’s enough to scare him straight — for now.

I’ve written about “Big Mouth” before, specifically about my connection to the character Missy. When I watch her, I see my 13-year-old self — in her sexless clothes, her unruly curls and unabashed nerdiness; because of that, I'm oddly, yet fiercely, protective of her character in a way that I wasn't of myself at that age.

And this is where “Big Mouth” as a series succeeds. By pivoting — and drawing connections —  between issues that felt so precious and insurmountable during the throes of adolescence, and those that face our society at large, it reminds us of, as Nick said, the “politics of childhood,” while inspiring its adult viewers to think more critically and compassionately about the world around us. It continues to vividly remind its audience what it was like to be 13, but might inspire us to continue grow a little bit along with them.