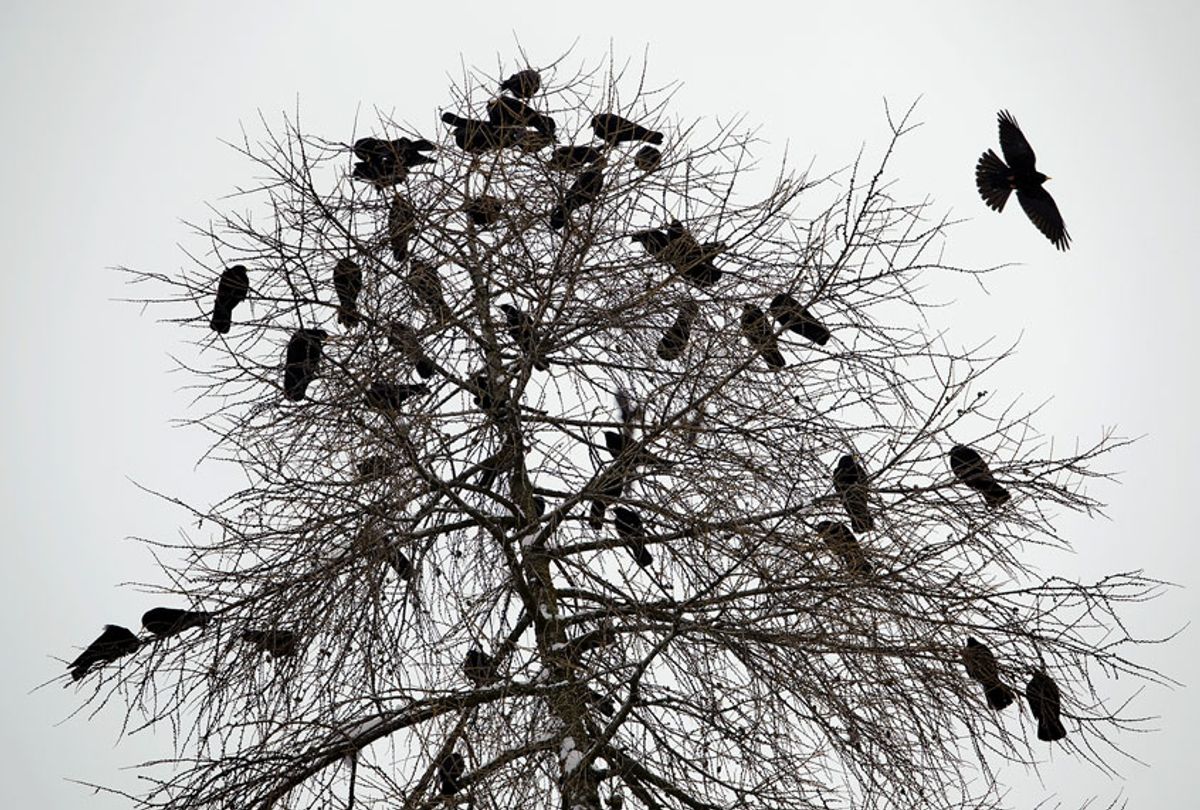 Birds don’t merely chirp to sing songs that sound pretty to the human ear; they chirp to communicate with each other. For some species, like the Eurasian jackdaw, their sounds are used to warn each other about dangerous humans approaching. More curiously, these jackdaws can tell humans apart — and remember the dangerous ones or the friendly ones.

In a new study published in Royal Society Open Science, researchers at the University of Exeter observed 34 jackdaw bird houses. To observe whether they have specific calls to warn each other about dangerous humans, the researchers, who wore full-head latex masks throughout the experiment to avoid the birds becoming familiar with the experimenters, approached the wild jackdaw nests. During the approach, scientists played a recording of a threatening warning call or a non-threatening call, also known as a contact call. The recorded calls were obtained during the 2014–2016 breeding seasons.

“We predicted that if jackdaws use social learning to inform their response to unfamiliar people, subjects would show a heightened response to a human watching their nest-box after seeing that person associated with conspecific scold calls,” the authors stated in the study. “This study provides direct evidence that individual animals alter their responses to individual people via social learning.”

Researchers landed on this conclusion because the jackdaws that received the fabricated warning calls returned to their bird boxes twice as fast on average. The jackdaws that received the positive contact calls took longer to return to their nests. Researchers say this suggests jackdaws don’t have to have an unpleasant experience with a human directly to see them as dangerous. Understanding this behavior can better help researchers mitigate the effect human activity can have on the birds’ habitats.

“One of the big challenges for a lot of animals is how to live alongside humans,” lead author Victoria Lee, a PhD researcher at the Centre for Ecology and Conservation on Exeter’s Penryn Campus in Cornwall, said in a media statement. “People can provide some benefits, such as the food at bird feeders, but in some cases humans are also a threat.”

Lee added: “Being able to discriminate between dangerous and harmless people is likely to be beneficial, and in this case we see jackdaws can learn to identify dangerous people without having had a bad experience themselves.”

Previous research from the University of Exeter found that each jackdaw bird has a unique call, and that the size of a mobbing— which is when a prey species mob a predator—depends on which is sending out the warning.

“Joining a mobbing event can be dangerous, as it involves approaching a predator, so it makes sense for individuals to be selective in whom they join,” researchers stated. “Our results show that jackdaws use the ability to discriminate between each other’s voices when deciding whether to join in potentially risky collective activities.”

Jackdaws are the smallest members of the crow family (known as corvids) and are known to be one of the world's most intelligent birds. Interestingly, they are also known to form strong pair bonds with their mates and their devotion to their partners. Clear, they are good at looking out for each other.