Ahead of the fourth debate, O'Rourke wants women to know he is committed to prioritizing their needs and concerns 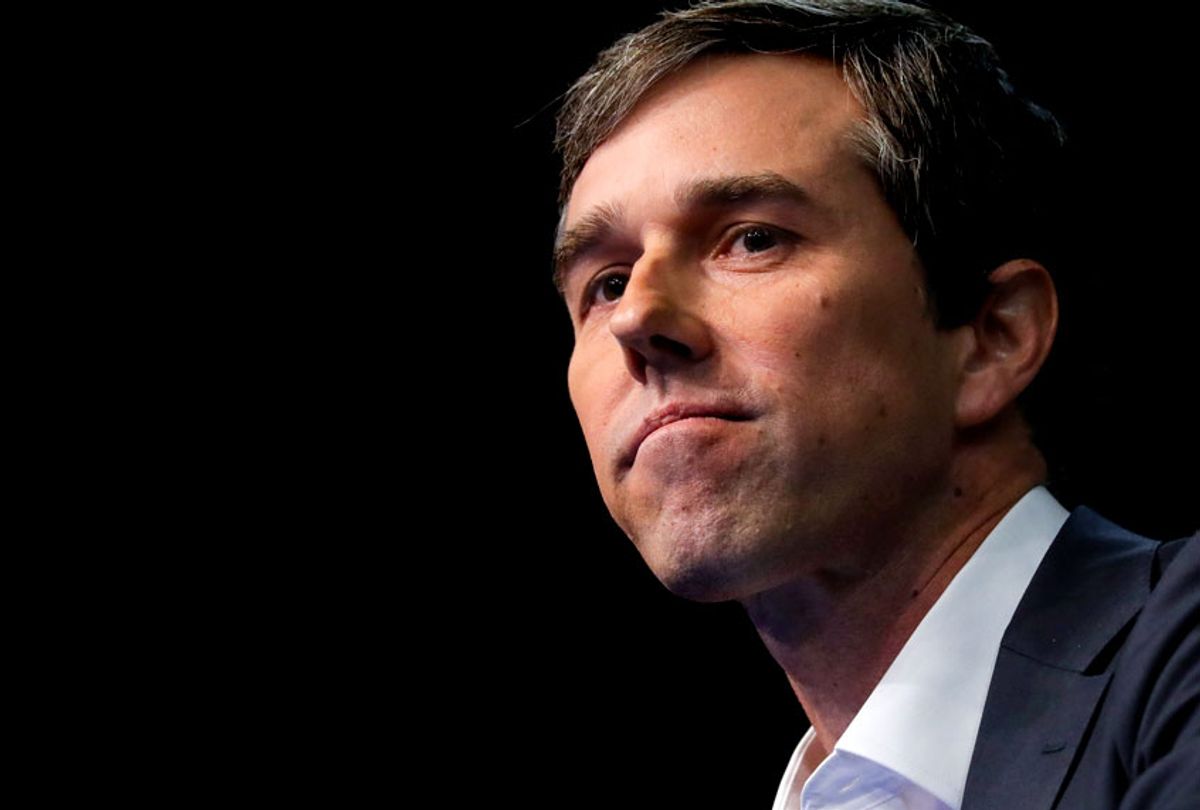 Democratic presidential candidate Beto O'Rourke is set to unveil a sweeping plan Wednesday morning in an effort to emphasize that he is committed to prioritizing the needs and concerns of women across the country. A draft of the plan, obtained by Salon, details O'Rourke's policy proposals, which range from fighting for equal pay and paid parental leave to pushing for abortion rights and better maternal health services.

The effort comes roughly a week before O'Rourke, a former Texas congressman, is expected to take the stage alongside 11 other Democratic presidential hopefuls for the fourth primary debate of the 2020 race.

"It's long past time that we level the playing field and fully address the inequalities women still face in America today," O'Rourke told Salon. "We must continue to call out the barriers and inequalities women encounter every day, champion women in opportunities for advancement, and defend women against targeted violence and discrimination."

To expand access to reproductive health and rights, O'Rourke calls for repealing the Hyde Amendment — which bans federal funding for most abortions — and guaranteeing private insurance coverage for abortion. He vows to make the right to abortion established in Roe v. Wade a part of federal law, so that it would stand even if Roe is overturned, and "appointing judges who respect Roe v. Wade as the settled law of the land." He also promises, if elected, to reverse the Trump administration's "gag rule" and to direct the Food and Drug Administration to remove "labeling instructions that impose barriers to medication-based abortions."

Other presidential candidates have put forth policies for defending reproductive rights. New Jersey Sen. Cory Booker said he would create a White House Office of Reproductive Freedom, while Vermont Sen. Bernie Sanders would make abortion free to all patients under his "Medicare for All" health plan.

In O'Rourke's plan, the former Texas congressman promises to champion the ratification of the Equal Rights Amendment (ERA) to the U.S. Constitution. The ERA, first proposed in 1923 and passed by Congress in 1972, states: "Equality of rights under the law shall not be denied or abridged by the United States or by any State on account of sex." It has been ratified by 37 states — just one state short of the three-fourths required under the Constitution.

O'Rourke proposes to allow the Equal Employment Opportunity Commission the ability to require large employers to "automatically impose a remedy to close gaps, fining companies that fail to correct disparities." He also wants to sign the "Paycheck Fairness Act," which he alleges would prohibit employers from seeking salary histories, protect workers from retaliation for discussing pay with coworkers, require employers to collect pay data for an annual EEOC report and "prove pay gaps are job-related business necessities."

The former congressman vows to increase the minimum wage to $15 per hour, authorize negotiation programs for women and girls and make it illegal for employers to pay their part-time workers a lower hourly wage than full-time employees, and illegal to deny those workers opportunities for promotions or time off.

O'Rourke goes on to call for the passage of the "Pregnant Workers Fairness Act," which he claims would require employers to make "the same sorts of reasonable accommodations for pregnant workers that they make for disabled workers." Additionally, he promises to work with Congress to pass legislation enabling low- and middle-class families afford childcare, invest in "child care deserts," develop universal preschool programs and provide all workers up to 12 weeks of paid parental leave.

Other presidential candidates have put forth proposals to address gender discrimination in the workplace. California Sen. Kamala Harris has proposed closing the wage gap by requiring companies to disclose pay data to the federal government and pay a penalty if they don't achieve wage parity. Massachusetts Sen. Elizabeth Warren said she would sign executive orders to help close the pay gap suffered by women of color and deny contracts to companies with bad records on equal pay if elected.

O'Rourke's plan suggests he recognizes that women, particularly women of color, have played major roles in elections for years — and overwhelmingly vote for Democrats. In 2008, women of color turned out at a higher rate than any other racial, ethnic and gender group — a phenomenon that helped Democrats seize control of the White House and Congress. In 2012, black and brown women again wielded unprecedented levels of influence at the ballot box and played a significant role in President Barack Obama's reelection.

In order to win over this particularly powerful voting bloc in the Democratic primary, O'Rourke's plan notes the disproportionately high rates of maternal mortality for black and Native American women across the country. To tackle this crisis, O'Rourke says he will ensure all women have access to mental health services, cervical screenings, midwives and doulas; expand maternal home visit programs through the Maternal, Infant and Early Childhood Home Visiting program; and support new mothers at risk for homelessness.

He also pledges to lift up transgender women and trans women of color, who are particularly vulnerable and face higher rates of violence, by "overturning Trump's discriminatory transgender troop ban, including all resulting discharges" and passing the Equality Act to "ensure all LGBTQ+ people may fully participate in public life without discrimination in employment, housing and access to public spaces and services."

He also plans to direct the Justice Department to investigate crimes against transgender people, ensure law enforcement agencies receive training related to implicit bias and use of force, and allow transgender individuals to update their name and gender identity on documents. To ensure safe housing for transgender people in custody, O'Rourke says he will reinstate the Bureau of Prisons' "Transgender Offender Manual."