Most Americans now support impeachment — with democracy collapsing, does it matter?

Public opinion has swung in favor of impeachment. What good is that when the president rejects democracy itself? 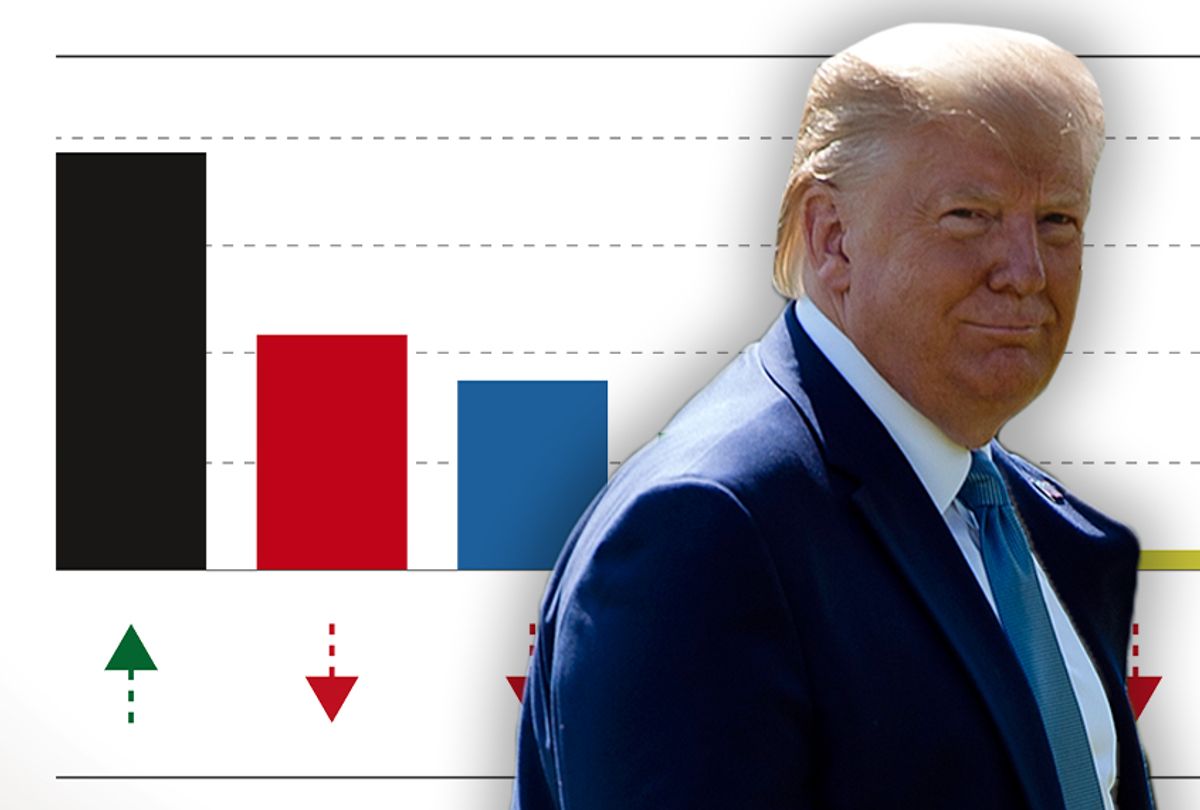 On Wednesday morning, the polls showed nothing but good news for progressives. A new poll from Politico shows that fully half of all Americans surveyed believe not just that Donald Trump should be impeached, but also removed from office. These results follow a Tuesday poll from the Washington Post showing that nearly six in 10 Americans support the impeachment inquiry and that roughly half think there's enough evidence to justify removing Trump from office.

On the election polling front, things look equally promising. Polls show all the top Democratic candidates — Joe Biden, Elizabeth Warren and Bernie Sanders — leading Trump in head-to-head matchups, usually with healthy margins. Within the Democratic primary, Warren is either pulling ahead of Biden or closing the gap — depending on which polls you believe most — suggesting that her forward-thinking politics may be winning out over Biden's nostalgia-based pitch. The overall picture suggests that public opinion strongly supports not just democracy and rule of law, but also using those tools to push for a more equitable society.

Yet it's hard not to despair, because, increasingly, it's starting to seem like it doesn't much matter what the public thinks. That's because we have a president who has taken it upon himself to declare that he is above the law — and therefore above having to answer to the public — and he's backed to the hilt, so far, by the Republican majority in the U.S. Senate. Public opinion feels like a quaint relic of democracy, and it's starting to look like our democracy may well be collapsing.

On Tuesday — and there's no way to put this gently — Trump pretty much declared himself above the Constitution, above the law and above democracy. The White House published a letter declaring that the House impeachment inquiry was, in its view, illegal and illegitimate and that the president is therefore under no obligation to comply with any subpoenas or other legal demands to cooperate. The letter, ostensibly written by White House counsel Pat Cipollone, used language aping that of a legal document and presented vague constitutional claims, but make no mistake: The central point was simply to refute the constitutional right of Congress to impeach a president.

Among the unbelievable-but-true claims in this letter, the White House is arguing that because impeachment isn't a court trial, it's illegitimate.

"For example, you have denied the President the right to cross-examine witnesses, to call witnesses, to receive transcripts of testimony, to have access to evidence, to have counsel present, and many other basic rights guaranteed to all Americans," Cipollone writes.

But the administration has also argued that Trump is not accountable to the courts, relying heavily on Department of Justice memos holding that the president cannot be indicted, and has even argued that the president is immune from criminal investigations. The only possible justification for those argument is that impeachment is the sole appropriate remedy for a criminal president.

"Donald Trump really does believe he is a king," Heather Digby Parton wrote for Salon Wednesday morning, pointing out that one of Trump's personal lawyers, Joe diGenova, literally compared impeachment to regicide — the assassination of a monarch —during an appearance on Fox News Tuesday night.

Digby is right, of course. Trump's lawyers may spray a bunch of legal-sounding terms to disguise their central claim, but what is going on is the full-scale rejection of the idea that the president is a citizen and public servant subject to the same laws as everyone else. Instead, like a pre-modern king, Trump imagines that he is the law.

Because of this, we must return to the disturbing fact that it's hard to imagine Trump accepting defeat if he loses the election in November 2020. If he believes he is above the courts, above impeachment and above the law, he will surely decide he's also above the voters and the electoral process. This was certain when I argued over the summer that he would refuse to leave if he loses, and it's even more so now.

And make no mistake, Trump can expect the full support of Republicans in Congress for every move he makes to void the Constitution and undermine American democracy.

"These are the lawmakers who refused to fix the Voting Rights Act after the Supreme Court killed a key provision of the law in 2013. They said nothing when Trump tried to launch a crusade against imaginary 'voter fraud,'" New York Times columnist Jamelle Bouie writes, noting that the simplest explanation for why Republicans are lying down for Trump — or actively defending him — while he rejects the Constitution and rule of law is that "they don’t think it’s wrong."

The situation is rapidly becoming dire, but most mainstream news articles still follow the basic "objectivity" model, in which the more or less reasonable Democratic position is described, the insane and dangerous Republican position is described, and some polling information is included to give the reader a sense of who is "winning."

"The fast-moving developments came as a Washington Post-Schar School poll found that a majority of Americans say they endorse the decision by House Democrats to begin an impeachment inquiry," reads a Washington Post front-page article published Wednesday morning.

This focus on public-opinion polling seems downright quaint in light of the fact that the main news development being reported here is that the president of the United States has decided  he is not subject to the rule of law in a supposedly democratic system. It could be 25% or 90% of Americans who want to throw Trump out on his ass, but that's irrelevant if  he is successful at declaring that the laws meant to protect the basic principle of democratic self-governance simply don't apply to him.

The question now is no longer just what Americans want, but what they will do about it. Popular will doesn't just magically manifest itself into law and policy. If a president has decided that he's above the law, and neither the courts nor the legislative branch will force him to obey it, then it hardly matters whether the public would really like him to do so. We  can keep on throwing polls at Trump, but he'll just declare they're all "fake news" and keep on keeping on.

We need more than polls now to save this democracy from a man whose desire to become a dictator is coming ever more clearly into focus. We need a way to force him to obey the public he has decided he does not serve. What does that force look like? The answer to that question is still, unfortunately, obscure.