Million of Americans will see their homes inundated by sea-level rise this century. 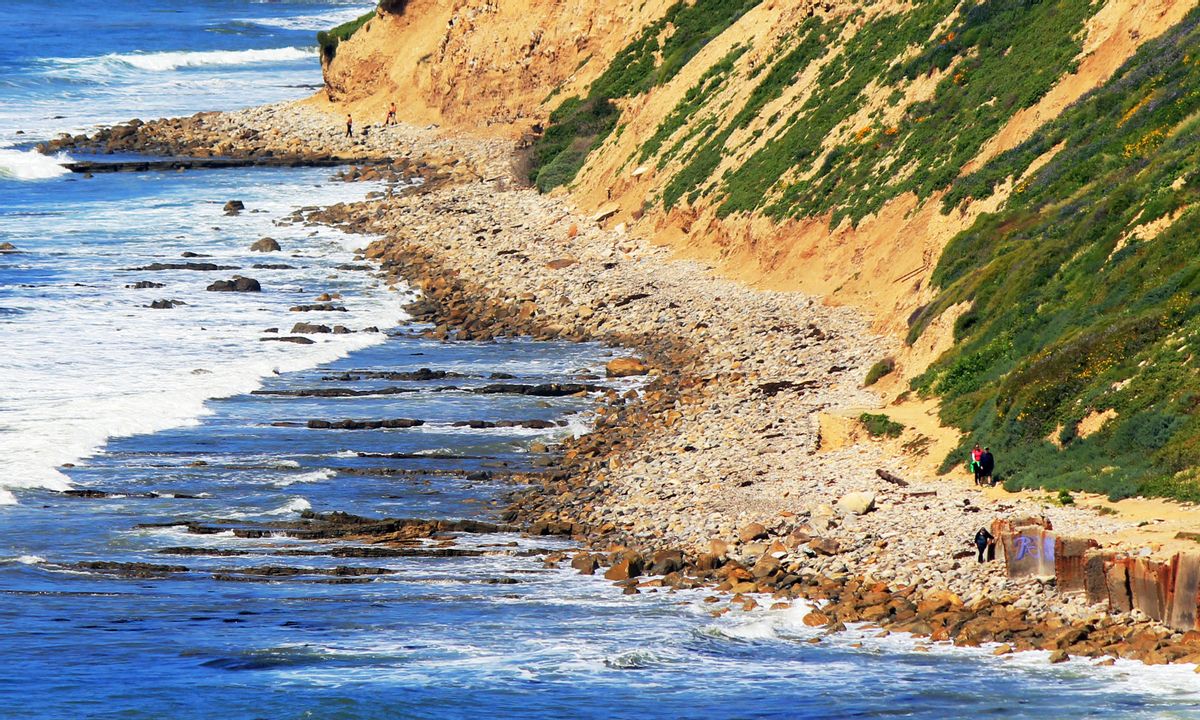 Entrepreneur and presidential hopeful Andrew Yang caught flak at the second Democratic debate in July for saying that the time has come to move Americans living in the path of sea-level rise to higher ground. “You can run but you can’t hide” doesn’t make a particularly good presidential slogan. After all, admitting defeat and letting nature take its course isn’t exactly our first instinct as human beings.

Managed retreat — abandoning areas that become so threatened by sea-level rise that they are, for whatever reason, considered not worth saving — has been a far less popular idea than adaptation strategies like flood gates, levees, and pumps. (Just look at Miami.)

But in many respects Yang’s realism is spot on. If the world keeps burning fossil fuels as usual, between four and 13 million Americans will see their homes inundated by sea-level rise this century. In the future, managed retreat will become unavoidable.

Don’t take Yang’s word for it. That’s one of the conclusions of a new study in Science Advances — the first to evaluate how managed retreat is functioning in the United States on a national scale. The study’s authors analyzed the Federal Emergency Management Administration’s voluntary buyout program — an initiative that allows owners of flood-prone properties to sell their homes and land to local governments, usually in the aftermath of a disaster. The aim of the program is to get vulnerable people and assets out of flood plains and to ensure that at-risk property doesn’t go back on the market so some other unfortunate soul ends up buying a house that floods once a year. So far, a little more than 40,000 people in 49 states have taken advantage of the program. That’s not a lot of households, and the study found that the number of buyouts overseen by FEMA has actually gone down over the past three decades.

By looking at buyouts that occurred between 1989 and 2017, the study’s authors were able to evaluate the way communities are utilizing (or not utilizing) FEMA’s buyout program, what demographics are benefiting from the program, and how retreat fits into a wider climate strategy.

The study took FEMA’s publicly available buyout data, compared it to other data sets, and found that the counties that take advantage of the program on average have higher income and population density than those that don’t. Within those counties, however, the neighborhoods where the buyouts took place were actually lower-income, denser, and more racially diverse. To the authors of the study, these trends signal that not all local governments have equal access to the program. For example, in Harris County, which includes Houston, there have been more than 2,000 buyouts since 1989. But Louisiana, Florida, and Mississippi — the three states that have had the highest levels of property damage from flooding — rank lowest in the nation in state-wide property buyouts.

The study also found that counties are, for the most part, buying up a few properties at a time with FEMA funds, instead of entire swaths — a predictable outcome when buyouts are voluntary. That’s a missed opportunity to restore flood plains and reduce overall risk to the community. To compound the complexity of the issue, FEMA hasn’t done a good job of documenting its own progress — when logging buyouts in its system, the administration neglected to fill out nearly half of the entries. That means that in many cases researchers don’t know what type of residence was bought out, including whether it was a rental or mobile home.

Millions of Americans may have to contend with managed retreat; why have so few taken advantage of FEMA’s program? Part of the reason may be due to the fact that retreating to higher ground hasn’t really been a central part of states’ flood risk mitigation plans thus far. Local governments have long prioritized approaches like disaster assistance and improved engineering. That could change, though, thanks to a perfect storm of factors. “Even places that have not done buyouts to date are increasingly thinking about the combination of hazards,” Katherine Mach, the lead author of the study, said in a conference call with reporters. “In Louisiana, for example, it’s the combination of oil extraction plus reduced sediment supply plus sea-level rise in normal circumstances versus disaster circumstances.” Buyouts will likely be part of the state’s “full suite of responses,” Mach said.

So what happens if Yang’s prediction of devastating sea-level rise comes true? There are 49 million housing units on the U.S. coast and over $1 trillion worth of infrastructure within 700 feet of the coast, says study author A.R. Sider. “If even one-tenth of that needed to relocate, we’d be talking about orders of magnitude larger than we’ve ever done before with buyouts,” she said.

The study’s authors hope their work lays the groundwork for more research on this topic. “One of the questions we’re trying to answer is what the impacts of buyouts are for the households that participate in them,” said Caroline Kraan, another of the study’s authors. “Where do these households move to? Are they better or worse off in the long term?” We know at least one presidential candidate who’s probably very interested in the answer.