In honor of World Mental Health Day, the special is available for free on YouTube and HBO.com through Oct. 12 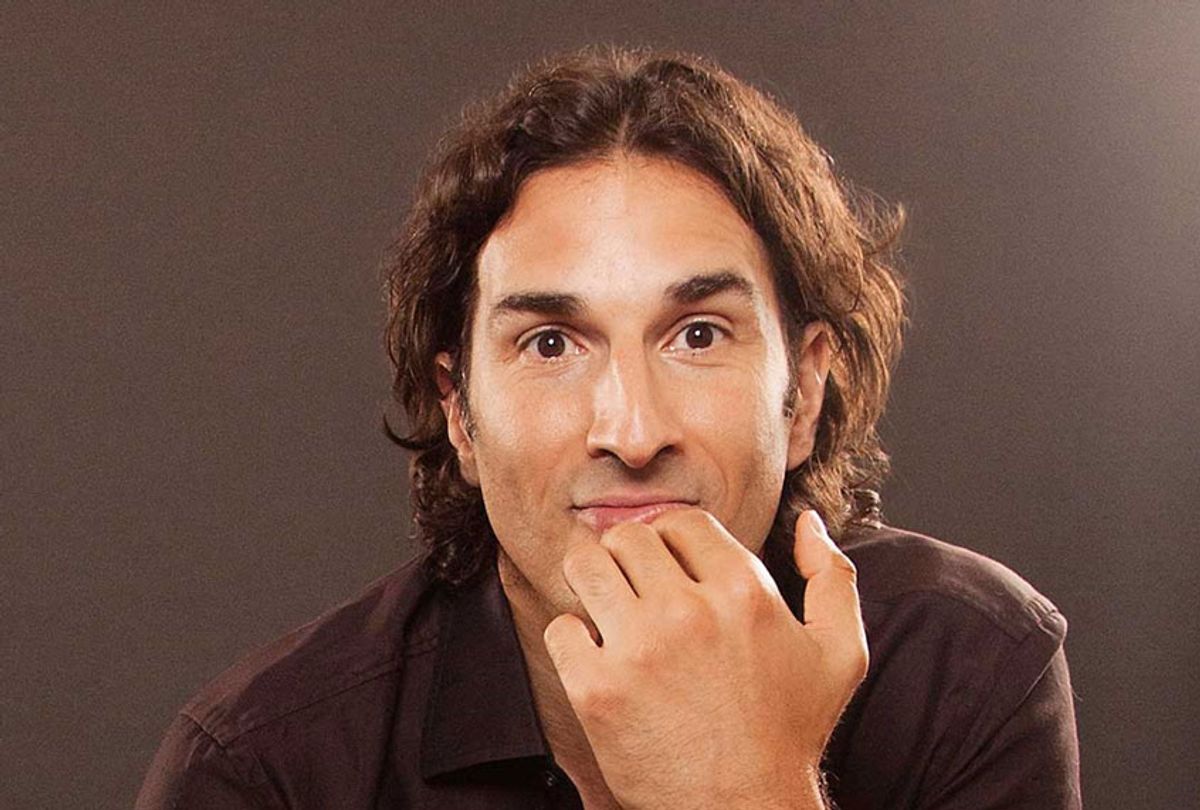 Twenty years ago, “The Sopranos” introduced us to mobster Tony Soprano and his psychiatrist, Dr. Jennifer Melfi. He’s having panic attacks that sometimes render him unconscious due to the innate stress of his job; Dr. Melfi tries her best to counsel him within the bounds of hers.

A decade prior, comedian Gary Gulman was a freshman at Boston College. He was attending on a football scholarship, and was struggling with depression. In his new HBO comedy special “The Great Depresh,” he describes how he lost 30 pounds in three weeks. He stopped eating and slept from the time practice ended one night until it began the next day.

He eventually approached the team trainer and said he’d need to quit the team.

“Thank heaven, this guy was sharp,” Gulman said. “He sent me to a therapist. This was 1989. This was 10 years before ‘The Sopranos’ made it cool for big men to seek therapy.”

Everyone in the audience laughs; partially because there's humor in Gulman's delivery of genuine, true observations, and partially because it was a moment of much-needed relief from the tension that he's built. “The Great Depresh” is masterful, in that way. Gulman uses this special as a way to discuss some of the absolute lowest points of his life and we, the audience, relive those moments with him.

But when he breaks the tension, twisting a dark conclusion into a laugh, it’s achingly poignant; like when he talks about his high school disdain for writing essays, and how that has informed his past hesitance to die by suicide — because “you’ve got to leave a note.” Or when he recounts how his wife described his most recent, aggressive bout of depression as a time during which he only slept and cried.

Over the course of an hour and 15 minutes, "The Great Depresh" crackles with certain energy — a series of slow builds to these lightning strike moments. This skillful pacing and delivery, in combination with Gulman's fresh, crushing, and contemporary material makes this special a must-watch.

Gulman is something of a comedy veteran. His first comedy CD, “Conversations with Inanimate Objects” was released in 2005. In 2006, he opened for Dane Cook on his “Tourgasm” tour, which was captured in docu-drama fashion and is available on HBO right now. He was a finalist on the NBC reality show “Last Comic Standing” in its second and third seasons.

But unlike some of his counterparts (by that, I mean white, male Gen X-ish comedians) Gulman’s sets have aged up really well. He’s figured out where he fits on the spectrum of comedy that punches up or down. Gulman mostly punches up — at 1970s elementary school teachers who restricted his intake at the water fountain, at bullying culture, at a society that is just starting to become understanding of mental illness.

And, if anything, he’s often at the center of his own punchlines. In doing so, “The Great Depresh” serves as a solid cultural critique of a generation that is still slowly unfurling antiquated, narrow definitions of manhood and masculinity.

Life is tough, Gulman says towards the end of the special, and one of the toughest things about it is that you have to wake up and do it again every single day. This hearkens back to the beginning of “The Great Depresh,” to a pre-screening bumper inserted by HBO. It’s formatted like a content warning. It says that this program contains “depression, and that’s okay.”

This is part of a network-wide initiative that launched Thursday, Oct. 10, aka World Mental Health Day. Select episodes of HBO programs ranging from “Barry” to “Boy Interrupted” to “I Love You Now Die” will feature a description of mental health topics depicted, and a call to action for those who seek help.

“HBO has always been at the forefront of telling stories featuring complex characters, some of whom deal with mental illness, from The Sopranos to Euphoria, encouraging more conversation around the different facets of mental health,” said HBO’s Vice President of Brand & Product Marketing, Jason Mulderig in a release.

He continued: “We are not saying ‘viewer discretion is advised.’ We are saying ‘viewer conversation is encouraged.’”This is the same idea that guides “The Great Depresh." The idea that there is value in talking about one’s mental health struggles and triumphs. And that there’s humor to be found in it, too.

"Gary Gulman: The Great Depresh" can be watched for free on HBO.com or YouTube below through Saturday, Oct. 12 in honor of World Mental Health Day.