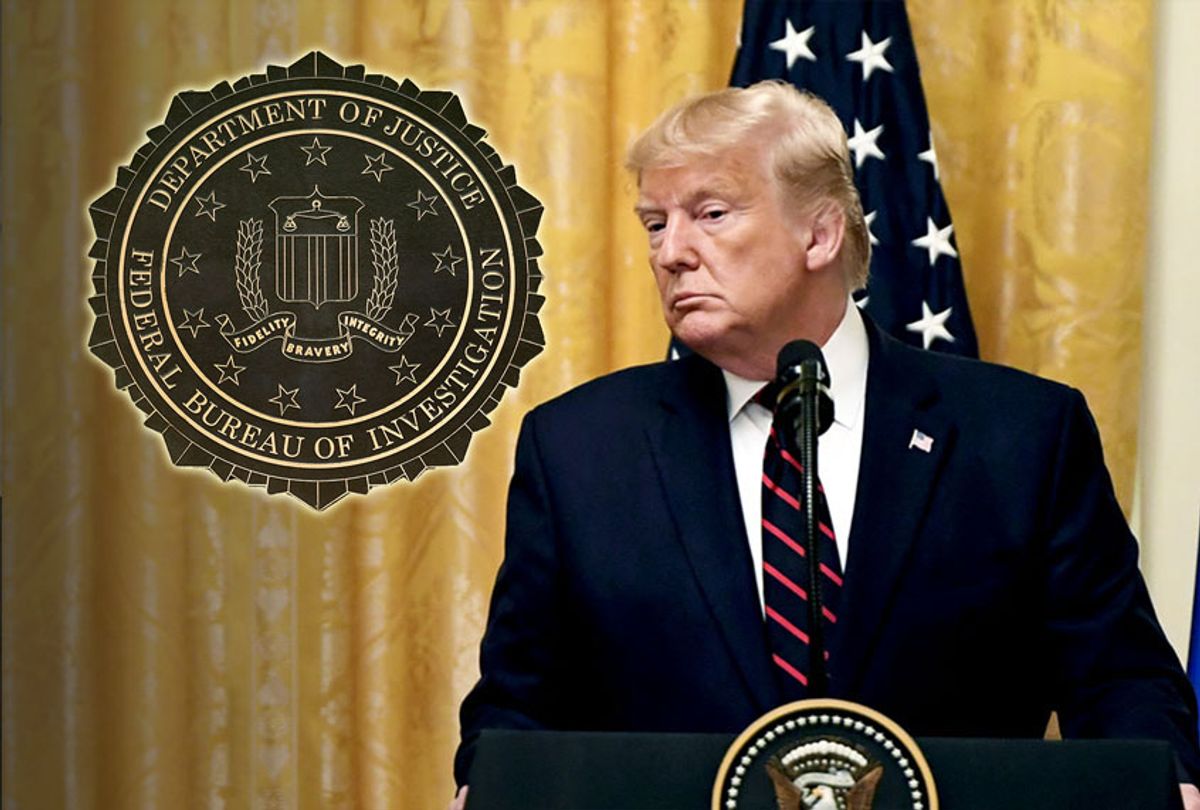 Before Donald Trump’s emergence as a presidential candidate — and long before he apparently decided that the Constitution did not apply to him, as (in his mind) a species of elected monarch — the U.S. was only beginning to hold one of those elusive national conversations. This one was about the limits of domestic surveillance, a critical topic in any technological democracy. In the wake of Edward Snowden’s revelations about extensive spying by the NSA, the intelligence community had come under increased scrutiny and FBI practices were widely questioned.

Then President Trump began his assault on those institutions for such dumb and trivially wrong reasons, such as the FISA court’s warrant for onetime Trump campaign adviser Carter Page, a person with uniquely suspicious activity in Russia during the run-up to the 2016 election. Trump’s attacks turned the conversation upside down as only he can do, by claiming the existence of a "deep state" conspiracy in which the entire intelligence community was part of a Democratic plot to defeat Trump — and when that didn't work, to take down his presidency.

The problem, of course, with Trump’s hyperbole is that it thrusts legitimate criticisms to the side and forces his opponents to defend otherwise loathsome practices, people and institutions. So while Trump’s minions have promised for months that the Department of Justice inspector general's report on FISA abuse would be released any day now, the president’s unrestrained hunt for “deep state” actors looks to have violated the Constitution to such a degree that even the secretive FISA courts — which for years allowed the federal government to ride roughshod over reasonable surveillance limits — have issued a rare rebuke of the Trump administration.

According to secret surveillance court rulings partially declassified on Tuesday, the FBI illegally accessed its foreign intelligence gathering apparatus to conduct tens of thousands of improper searches on FBI personnel and contractors. The court documents, released by the office of the director of national intelligence (ODNI), are partially redacted but reveal that beginning in March 2017, months after Trump took office, the FBI searched for information related to over 70,000 digital identifiers (such as email addresses), of people with access to FBI buildings.

In one particular case revealed in the ruling, an FBI official used a database to search for information on other FBI personnel. Over the span of one week in December 2017, the FBI conducted nearly 7,000 searches of NSA databases using the Social Security numbers of U.S. citizens. The Foreign Intelligence Surveillance Court (FISC), which is responsible for evaluating the use of secret spy tools as part of the Foreign Intelligence Surveillance Act of 1978, ruled that such unauthorized searches related to U.S. citizens violated the Fourth Amendment of the Constitution. The court further found that the FBI failed to keep specific records of these searches, as required by law.

The rebuke by Judge James Boasberg of the FISA Court last October was part of the regular certification process for the use of surveillance techniques enabled by FISA Section 702, which national security officials use to monitor emails and phone calls of certain foreign nationals outside the U.S., and which has long been flagged for its potential for abuse. Congress last year reauthorized Section 702, despite some hand-waving about these concerns.

Government lawyers argued that the searches were based on a misunderstanding of the required standard, but the judge found that argument unpersuasive. “The court … finds that the FBI’s querying procedures and minimization procedures are not consistent with the requirements of the Fourth Amendment,” wrote Boasberg in last fall's ruling. As the Wall Street Journal first reported, his ruling is only public now because the government lost an appeal in a separate, secret appeals court.

“Last year, when Congress reauthorized Section 702 of FISA, it accepted the FBI’s outright refusal to account for all its warrantless backdoor searches of Americans,” Sen. Ron Wyden, D-Ore., said in a statement following Tuesday’s release of the ruling. “Today’s release demonstrates how baseless the FBI’s position was and highlights Congress’ constitutional obligation to act independently and strengthen the checks and balances on government surveillance. Finally, I am concerned that the government has redacted information in these releases that the public deserves to know.”

For the past several months, DOJ Inspector General Michael Horowitz has been looking into allegations by Trump and his allies that the FBI and DOJ abused FISA to launch an illegal probe into Carter Page, thereby kickstarting the Russia investigation. Horowitz, Trump has repeatedly suggested, will prove that the “deep state” exists and colluded in a “witch hunt” to delegitimize his election victory. Tuesday’s FISA court release, however, reveals that the abuse was happening under Trump’s watch and that the witch hunt is less a matter of a deep-state conspiracy, and more likely a game of spy vs. spy, in which most of the players remain invisible.