"No doubt some people will think this year's prize is being awarded too early," the Nobel Committee chair says 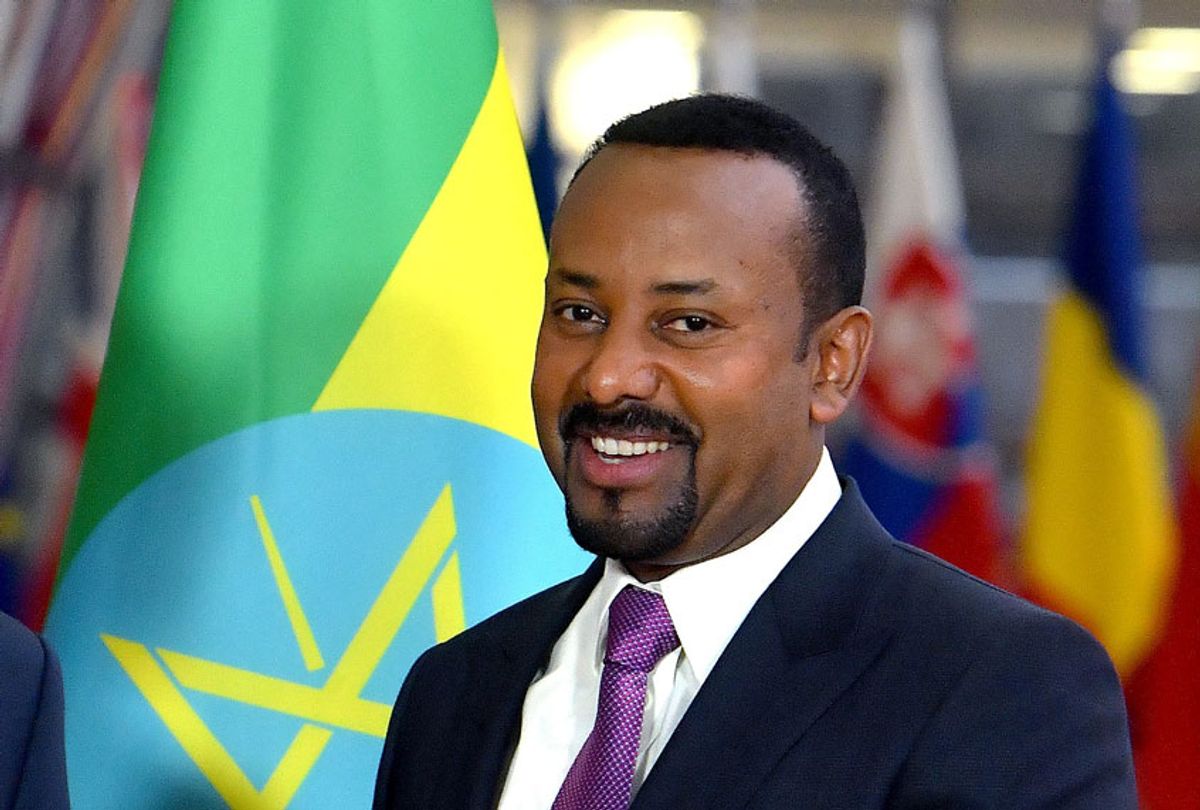 Ethiopian Prime Minister Abiy Ahmed was awarded the Nobel Peace Prize on Friday for his work in forging an audacious peace deal with neighboring Eritrea, ending a 20-year military stalemate between the two African nations that took the lives of more than 80,000 people.

In announcing the award in Oslo, Berit Reiss-Andersen, the chair of the Norwegian Nobel Committee, noted that despite Abiy's reforms, progress still needs to be made in his country.

Ethnic rivalries have flared in Ethiopia in recent years, and nearly three million people have been internally displaced because of the conflict in addition to the million or so refugees and asylum seekers from neighboring countries living inside the country.

"No doubt some people will think this year's prize is being awarded too early," acknowledged Reiss-Andersen, who added that Abiy's efforts "deserve recognition and need encouragement." The Norwegian Nobel Committee hopes the prize can "strengthen Prime Minister Ahmed in his important work," she said.

The peace agreement signed more than one year ago between Abiy and the longtime rebel leader-turned-dictator Isaias Afwerki, who is the president of Eritrea, has slowly reconnected the two nations. Improvements to Eritrea's human rights landscape has been limited —many of the country's residents remain increasingly isolated under Isaias's tight grip on power. But as diplomatic relations between Ethiopia and Eritrea have renewed and deepend, the accord has been widely viewed as an example of how peace and cooperation can be achieved even after two-decades of warfare.

"Peace does not arise from the actions of one party alone," Reiss-Andersen said Friday. "When Prime Minister Abiy reached out his hand, President Afwerki grasped it and helped formalize the peace process between the two countries."

In an official statement Friday, Abiy's office called the award a "timeless testimony" to the ideals of "unity, cooperation and mutual coexistence that the prime minister has been consistently championing."

"Today, as the world takes note and celebrates his achievements through bestowing the Nobel Peace Prize, we invite all Ethiopians and friends of Ethiopia to continue standing on the side of peace," the statement read.

Abiy has also recently received international praise for his role in helping broker a power-sharing accord in neighboring Sudan after a months of protests led to the ouster and arrest of Omar al-Bashir, the country's dictator for almost three decades.

Ahmed beat out competition from hundreds of nominees for the 100th Nobel Peace Prize, including 16-year-old Swedish climate change activist Greta Thunberg, who was widely considered by bookmakers as the favorite to win the prize.

Asked by a journalist whether she had a message to the disappointed supporters of Thunberg, Reiss-Andersen said the committee never comments on its deliberations.

"One the day when we announce the prize, we never comment on who didn't get the prize and who could have had the prize," she said.

There is no way of knowing for sure whether Thunberg was even nominated for the prize — the names of nominees are kept confidential for 50 years — but it is almost certain her name was put forward.

Leaders around the world rushed to congratulate Abiy on Friday.

U.N. Secretary-General António Guterres said the prime minister's leadership has "set a wonderful example for others in & beyond Africa."

Raila Odinga, the former prime minister of Kenya, called the prize "an honour to our Continent which has long been held back by wars."

Tedros Adhanom Ghebreyesus, the director-general of the World Health Organization, said he was "proud to be Ethiopian" in offering his congratulations to the prime minister.

Amnesty International was more reserved in congratulating Abiy, saying the award should "motivate him to tackle the outstanding human rights challenges that threaten to reverse the gains made so far" in Ethiopia.

Last year, the Norwegian Nobel Committee awarded the prize to Congolese gynecologist Denis Mukwege and Iraqi Yazidi human rights activist Nadia Murad for their efforts to end the use of sexual violence as a weapon of war and armed conflict.