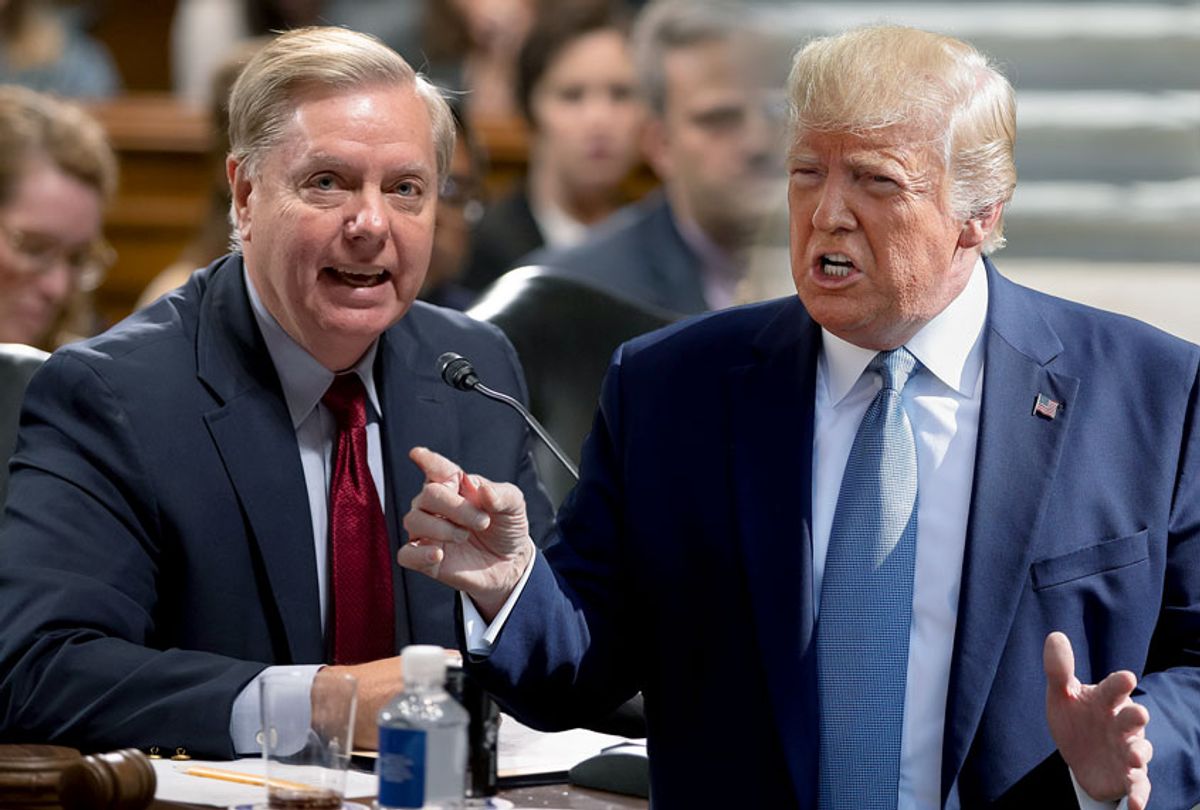 Republican Sen. Lindsey Graham of South Carolina in August fell victim to a hoax by Russian pranksters pretending to be an official from Turkey, Politico revealed in a new report on Thursday. Graham’s office confirmed the fact that the hoax occurred.

The recording, as published by Politico, revealed several damaging comments from Graham, who thought he was talking to the Turkish minister of defense when he received the call in August.

First, the security breach itself is alarming. Graham’s office said it usually is able to catch pranksters, “but this one slipped through the cracks.” The fact that the senator might reveal sensitive information over the phone to the wrong person is a serious worry. And this is all the more worrying because, as Politico noted, that the pranksters are suspected of having ties to Russian intelligence services.

Second, Graham seemed to offer views about the Kurds that are at odds with his public statements. Turkey has begun launching attacks on the Kurds in northern Syria in the wake of President Donald Trump’s removal of American forces from the region, leading to a backlash from Graham and many other lawmakers. Graham has decried the consequences of abandoning the Kurds, who have long been U.S. allies. But in the call, Graham called the Kurds a “threat” to Turkey, supporting the country’s view of the group as terrorists.

Third, Graham suggested that Trump wants to help Turkey with the case of the Iranian-Turkish gold trader Reza Zarrab, a client of Rudy Giuliani’s, who was convicted in the United States for bribery-related crimes in 2018. Bloomberg reported Wednesday that Trump tried to get then-Secretary of State Rex Tillerson to pressure the DOJ to drop the charges in 2017.

Many observers noted that the report itself should be concerning. It seems to be coming from the Russian intelligence services, and it may have come for a nefarious purpose: to damage Graham’s reputation, potentially for speaking out in defense of Kurdish people.

Others shared related concerns about the call: