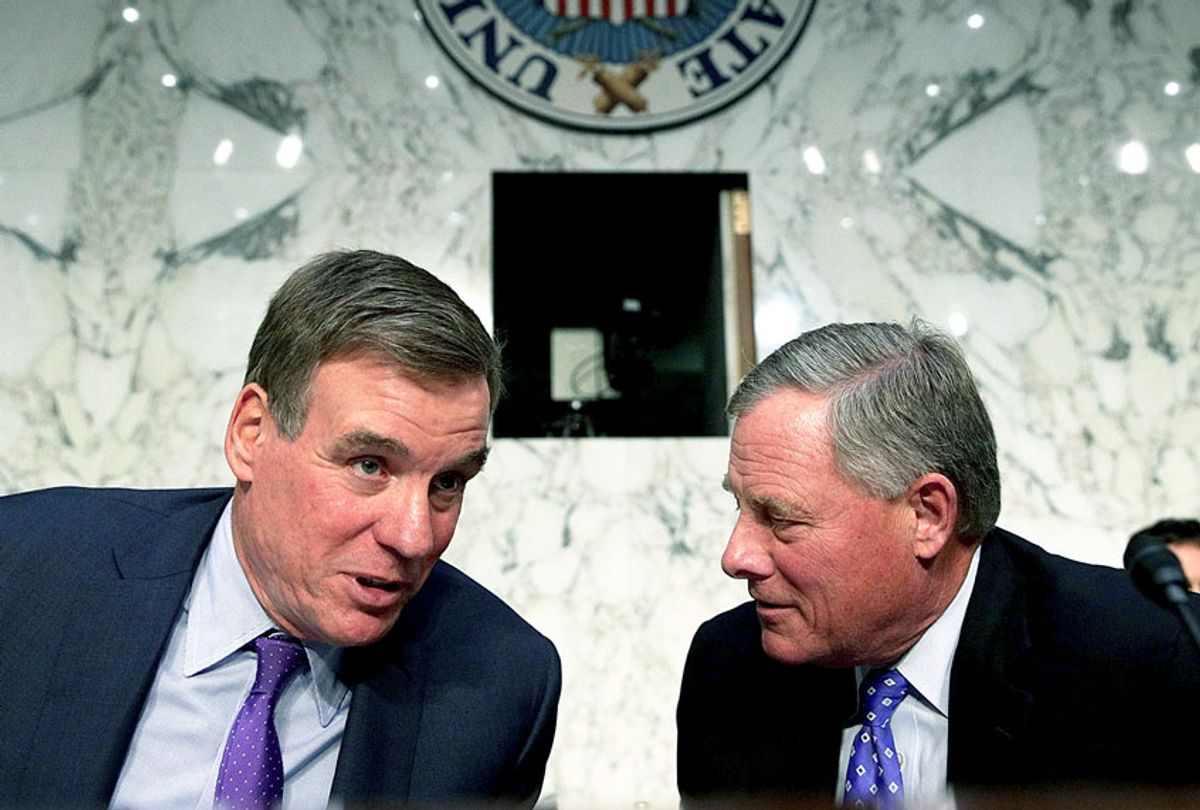 Even by the hyperactive standards of the Trump era, this week was a bit of a news overload. The White House "declared war" on the House of Representatives by declaring that impeachment is unconstitutional. The President impulsively gave the green light to Turkey to slaughter America's Kurdish allies. And the Southern District of New York arrested two of Rudy Giuliani's Ukrainian business partners and political associates as they tried to leave the country on a one-way ticket. There were at least half a dozen other stories of White House palace intrigue, members of the administration quitting and more and more details emerging that implicate the president, the vice president, the attorney general and the secretary of state in various aspects of the burgeoning Ukraine scandal.

So, perhaps it's not surprising that a significant story with serious political ramifications got overlooked. It wasn't sexy or exciting and it didn't contain a lot of new facts, but it stands out because it reflects a rare bipartisan congressional effort at executive oversight. I'm speaking of the second report by the Senate Select Committee on Intelligence on Russian Active Measures Campaigns and Interference in the 2016 Election.

Unfortunately for all the conspiracy theorists, like every single investigation that came before, this one found that Russia's infamous troll farm, the Internet Research Agency, "sought to influence the 2016 U.S. presidential election by harming Hillary Clinton's chances of success and supporting Donald Trump at the direction of the Kremlin." This must have come as no surprise to Robert Mueller's prosecutors, who found exactly the same thing and even indicted 12 Russian operatives for these crimes.

After two years of investigation, hundreds of interviews and a massive search of documents, this is the second piece of what is expected to be a five-part report about the full implications of the Russian effort in 2016. The first report found that the Russian government had launched a sophisticated disinformation campaign and a plan to attack the elections systems in various states. It too concluded that these efforts were designed to hurt Clinton's campaign and help Trump's. This report was about the Russian project to sow chaos and discord through social media.

There were no dissenters from the report's conclusions, even among the Trump supporters on the committee like Sen. John Cornyn, R-Texas, who has vociferously defended the president against those who say he abused his power in his call for the president of Ukraine to dig up dirt on former Vice President Joe Biden. Another Republican on the panel, Sen. Roy Blunt of Missouri, has said that Trump was joking when he called for China to do the same — but he signed the report as well.

The committee offered a number of recommendations that will obviously be ignored by Republicans, who seem to believe that foreign interference will accrue to their benefit, which is probably true. First of all, the report says the Trump administration should "reinforce with the public the danger of attempted foreign interference in the 2020 election," which literally made me laugh out loud. The most serious purveyor of disinformation, propaganda and the sowing of division is the president himself. The Russians surely take their lead from him.

As Sen. Kamala Harris, D-Calif.,  put it, “It’s time for Trump to stop using Twitter to play into our adversaries’ hands. With every deranged tweet, he advances foreign interests by dividing Americans.” That would be a feature, not a bug, for this administration.

The Senate report also calls for campaigns to be on the alert for propaganda and be cautious about what they share on social media. It recommends that the administration create an interagency task force to deter and monitor any online interference from foreign actors. Unsurprisingly, they did not endorse Russian President Vladimir Putin's repeated offer to form a joint U.S.-Russia cybersecurity partnership, a prospect that seemed to make Trump very excited.

This report couldn't come at a worse time for Trump and his top consigliere, Attorney General William Barr, who has been traveling the globe seeking to prove that the "Deep State" spied on the Trump campaign without a "proper predicate." This stems from several right-wing theories claiming that the CIA and allied agencies engaged in a series of elaborate traps to frame Trump and the Russian government for the 2016 election interference.

There are a number of fringe right-wing figures who have made a tidy profit from spreading this theory, in various permutations, for the last couple of years. But the main popularizer is Trump's crazy sidekick, Rudy Giuliani, mostly in order to cast doubt on the Mueller investigation. This crackpot notion has been rattling around for a while, but once the Mueller report was released Giuliani went into overdrive, adding the embellishment that Ukraine was part of the conspiracy, likely because he was already working with the two goofballs arrested this week for campaign finance violations. In his usual restrained fashion, Trump now calls this "one of the biggest political scandals in history."

Judging from his congressional testimony and subsequent designation of another special prosecutor to investigate this "Spygate" conspiracy, Bill Barr is apparently a believer.  He is now personally leading the investigation, with some assistance from Secretary of State Mike Pompeo. (Barr reportedly met privately with Fox News owner Rupert Murdoch in New York on Thursday, with no explanation why. Perhaps it's a coincidence that Trump railed against Fox News polling that morning.)

Unfortunately for Barr — and for his overlord — just as the Mueller report laid out a trail of evidence that could not quite be ignored, this Senate Intelligence Committee Report does the same and reaches exactly the same conclusion. The 2016 campaign sabotage was a Russian government operation, and Donald Trump was the beneficiary. Rudy Giuliani's three-ring conspiracy circus couldn't convince a bipartisan Senate committee otherwise, and for good reason. It's nonsense.