The audience jeered the senator for attacking Sen. Bernie Sanders and socialism in a contentious panel discussion 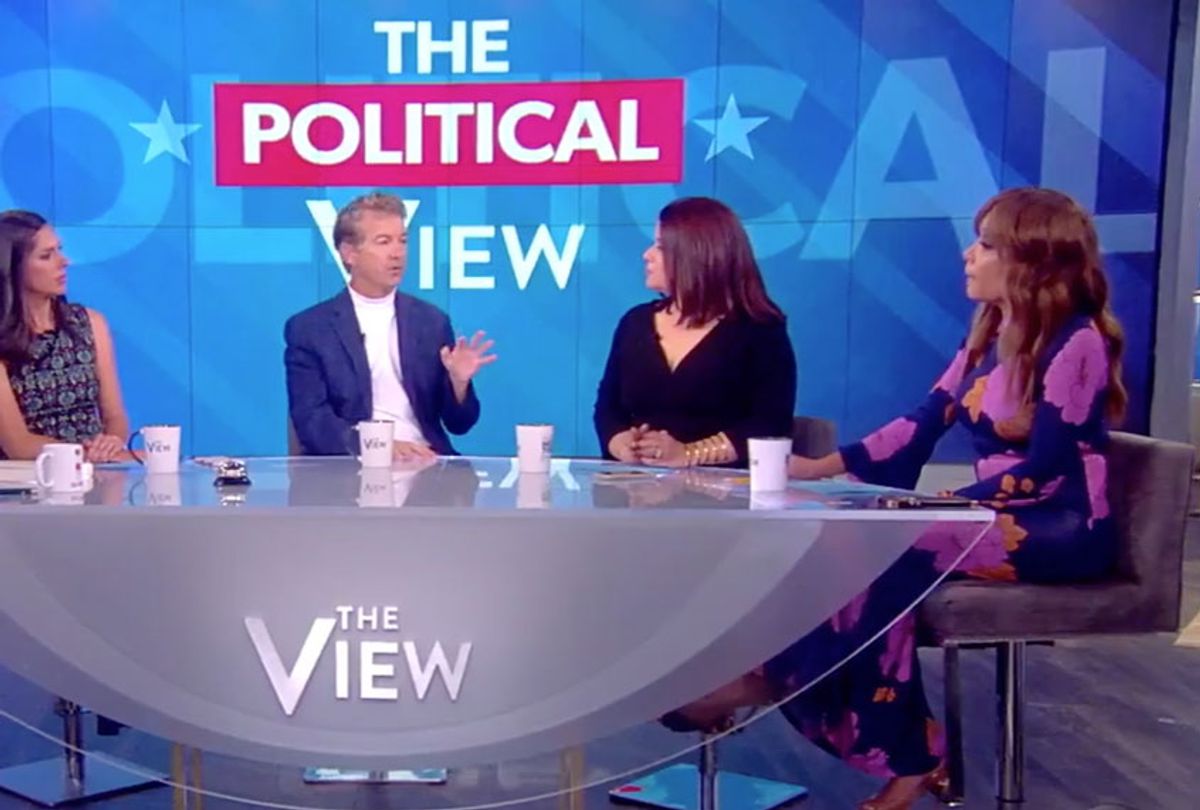 The Kentucky Republican was prompting his new book, “The Case Against Socialism,” but he didn’t find a receptive audience for his claims.

“Bernie Sanders’ form of socialism is actually unpopular, and he would never get elected to anything in Denmark,” Paul said. “In fact, the prime minister of Denmark, when he heard Bernie was going around saying he’s a socialist, he said, ‘No, no — we’re not socialists, we have private property, and we don’t have a minimum wage.'”

Paul argued that Scandinavian countries paid “massive taxes” to pay for “free stuff” that’s given out by the government, and Hostin said Americans paid high taxes but had poor health care and public education.

“We have a different form of taxation in our country,” Paul countered. “It’s much more progressive. We’ve taken the poor off of the rolls, they don’t pay income tax anymore. Most people below $50,000 don’t pay any income tax, the top 1 percent in our country pay 40 percent.”

The audience began laughing at the senator’s claims, and Hostin called him out.

“Our audience says that’s not true,” she said, and the crowd continued laughing.

Guest host Ana Navarro asked whether Paul agreed with the president that voting for Democrats would turn the U.S. into a Venezuela-style socialist country, and Paul didn’t disagree.

“Well, if you vote for a socialist, you might get socialism,” Paul said.

Navarro erupted, arguing that president Nicolás Maduro Moros was a “corrupt, murderous thug who is starving his people” — but Paul said that’s not true.

“That’s not true?” Navarro shot back. “Maduro is not a thug and murderer who is starving his people?”

Paul gestured for her to calm down, and argued that Venezuelans had voted for socialism, but Navarro cut him off.

“That’s kleptocracy, not socialism,” Navarro said, as Paul objected. “I can’t let you finish if you’re not going to say Maduro’s a murderous thug.”

The audience went wild, and Paul turned his back to Navarro and waved his hands in her face.

“Don’t do this to me,” Navarro said, mimicking his gesture as audience continued cheering. “Don’t mansplain, I’m 47 years old.”