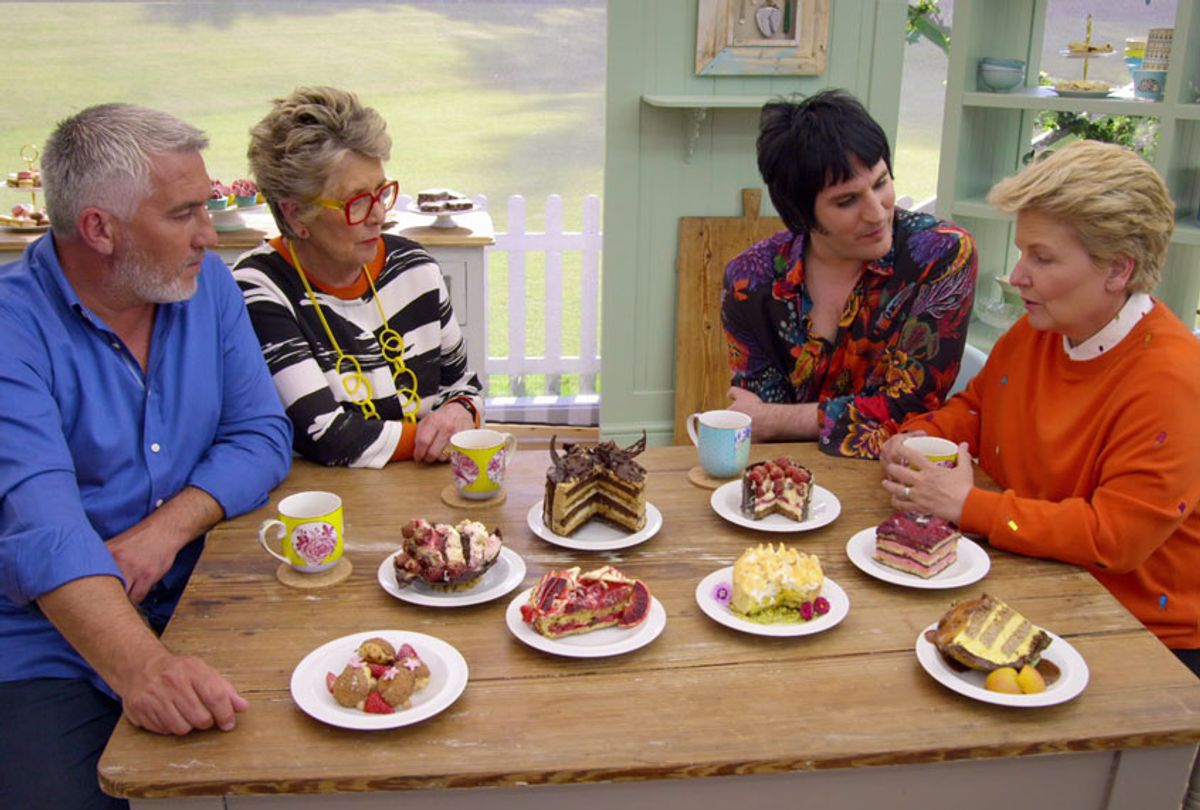 A welcome theme brought to our bakers this season on "The Great British Baking Show" was "dairy week." With the goal of creating a moist sponge, our fearless contestants were challenged to add a cultured dairy product to their batters for their signature bake.

"The dairy world is a hot bed of innovation. Now artisan bakers are bucking the plant-based trend and harnessing the very best it has to offer," presenter Sandti Toksvig proclaimed to viewers. "And with its creamy decadence and microbial benefits, cultured dairy is fast becoming a darling of cake making."

As with the addition of any element, or ingredient, to your chemistry, or recipe, the trials and tribulations our bakers endured with dairy showed us the devil is in the details when it comes to meeting.

"When it comes to a dairy cake, hanging moisture is crucial," host Sandti Toksvig warned. "Add too much, and it could be left fragile and prone to tearing."

We saw this head on with Michael, who added two types of dairy — sour cream and a raspberry cream cheese swirl — to his signature recipe: a cheesecake surprise with a sour lemon sponge.

Despite testing his recipe ten times, Michael's bake suffered a brutal tear when he tried to release it from his mold. Lucky for him, the flavors were enough to save him. This came as no surprise to pastry chef Meghan McGarry of Buttercream Blondie, who said the contestant's batter was just too heavy.

"The trick is to add enough dairy to your pastry, which essentially means adding fat, without weighing it down," McGarry explained to Salon. "You want to create a light and airy feel and still have your pastry release from the pan."

For our contestants on the bake-off, yogurt was the most popular cultured dairy product to bake with. McGarry prefers one of Michael's choices for an added benefit.

"I really love adding sour cream not only because it gives you moisture but also because it adds a tang to help balance out the sweetness in a sponge," McGarry said.

Want to experiment with dairy at home? While you won't want to risk making Michael's cheesecake surprise — he himself said it should be regulated to "the bin" — McGarry recommends baking her triple-tested cranberry orange crumb cake instead.

As the air turns crisp, this fruit power couple brings the flavors of autumn directly to your batter — and it will quickly become a go-to recipe that lasts through the holidays.

"You'll want to make it the day before Thanksgiving, so you can pick at it while you're prepping dinner," McGarry says, revealing one of her holiday baking secrets.

The orange liquor in the glaze cuts the sweetness of this pastry, while orange zest in both the glaze and the sponge adds a brightness of both color and flavor. The addition of cranberries adds a festive feel.

"This dessert comes out with an incredibly tender crumb, and the same time the sour cream ups the moisture and balances out the sweetness in the sponge," McGarry says.

So go ahead: Pour the skills you learned on "The Great British Baking Show" directly into this delicious dairy-based crumb cake. Once you bake with dairy once, you'll be a covert for life.

3. In the bowl of an electric mixer, cream butter, sugar and orange zest until light and fluffy, about 5 minutes.

Head over to Buttercream Blondie now to learn how to make the crumb topping and orange glaze.