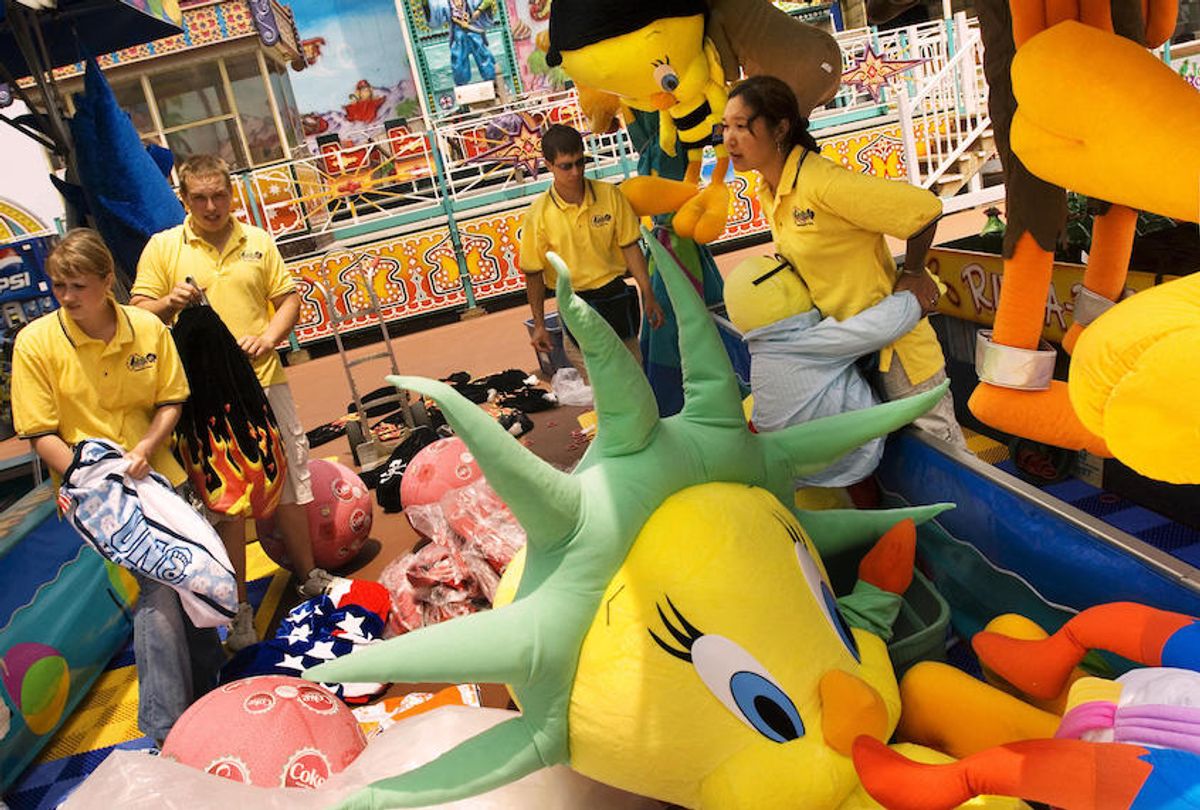 After meeting Walter Schumacher at a job fair in Jamaica, Dorret Francis scraped together funds to enroll in the J-1 Summer Work Travel Program, the largest of the U.S. State Department’s cultural exchange programs providing temporary work authorization to J-1 visa holders. Schumacher, the president of APEX USA, Inc., a J-1 visa sponsor agency, extended a job offer to Francis, who arrived in the United States with the hope that a summer spent working in the hospitality industry would help advance her collegiate studies at home, lifting her out of poverty.

Upon arrival, however, Francis and other workers recruited under the program alleged that the Schumacher family — who also owned and operated the two hotels, a restaurant and waterpark where they worked — quickly defaulted on their promises, paying the workers less over fewer hours and charging unreasonable rent to live in overcrowded housing. They were also threatened with financial and physical repercussions should they try to quit their jobs, according to their federal labor trafficking lawsuit filed last year in Oklahoma.

These experiences are consistent with the many abuses revealed in an analysis of government data obtained through the Freedom of Information Act by the International Labor Recruitment Working Group. The report found employers increasingly use the J-1 program as a means to sidestep what few labor protections exist for temporary foreign workers.

In 2015 — the only year for which the Working Group was able to obtain data — nearly 16,000 companies, including large corporations like McDonald’s, Disney and Food Lion, hired nearly 95,000 young migrant workers through the J-1 program. Top destinations for the program include New York, California, Massachusetts, Florida and Maryland, where many J-1 workers fill positions in the hospitality, entertainment, arts and retail sectors.

While seasonal staffing and cultural exchange are not incompatible, too many employers compromise the cultural experience in order to increase their bottom line. Disney hired 2,355 J-1 workers in 2015, saving the company an estimated $15 million in labor costs. McDonald’s franchises hired J-1 workers across 167 different zip codes. In Pennsylvania, McDonald’s franchises were forced to pay out $205,977 in backpay to 291 fast food workers whose complaints included wage theft and working 25-hour shifts.

The dual tension of workers’ fear of reporting abuse combined with recruiters’ economic interest to suppress complaints makes it hard to determine the depth of illegality within the program. However, based on complaints reported to our organization, Justice in Motion, employers frequently bait and switch young workers who they know must work for them to maintain their visa, and may have debts back home after paying thousands of dollars in recruitment fees.

While working as an attorney in an anti-trafficking program a few years ago, I received a referral through the National Human Trafficking Hotline from a J-1 worker on Long Island, New York. He was one of a couple of dozen young workers from Eastern Europe who came to the U.S. to work in a restaurant where the workers were expected to work full-time and make enough money to pay their bills and program fees while experiencing the United States. They were each expected to pay several hundred dollars a month in rent for one of 20-plus bunk beds stacked in a filthy basement. They weren’t paid the wages promised to them or scheduled for enough hours to even cover their living costs, let alone any debt they incurred to acquire the job.

Poor treatment can quickly transform into labor trafficking, a form of human trafficking defined by forced labor or coercion. According to Polaris, a nonprofit organization that operates the National Human Trafficking Hotline, 67 J-1 visa holders self-reported as victims of labor trafficking between 2015 and 2017.

To be sure, not all employers are abusing the program. But the State Department’s inadequate oversight — and an utter lack of transparency — exposes young workers from around the world to unnecessary risk.

In July, a bipartisan, bicameral group of Congress members introduced the Visa Transparency Anti-Trafficking Act to standardize how agencies publicly report data on temporary foreign worker programs. The bill expands access to data the government already collects on temporary foreign worker programs, including businesses who use the program, working conditions, terms and conditions of employment, specific jobs and worksite locations.

While the State Department created the J-1 program as a cultural exchange, employers increasingly use it as a temporary foreign worker program — and it should be regulated as one. With another season for summer work now closed, the time is ripe to hold a long-overdue hearing on this program with outsized impacts for workers’ rights.