The actress will spend 14 days behind bars, in addition to a year of supervised release and paying a hefty fine 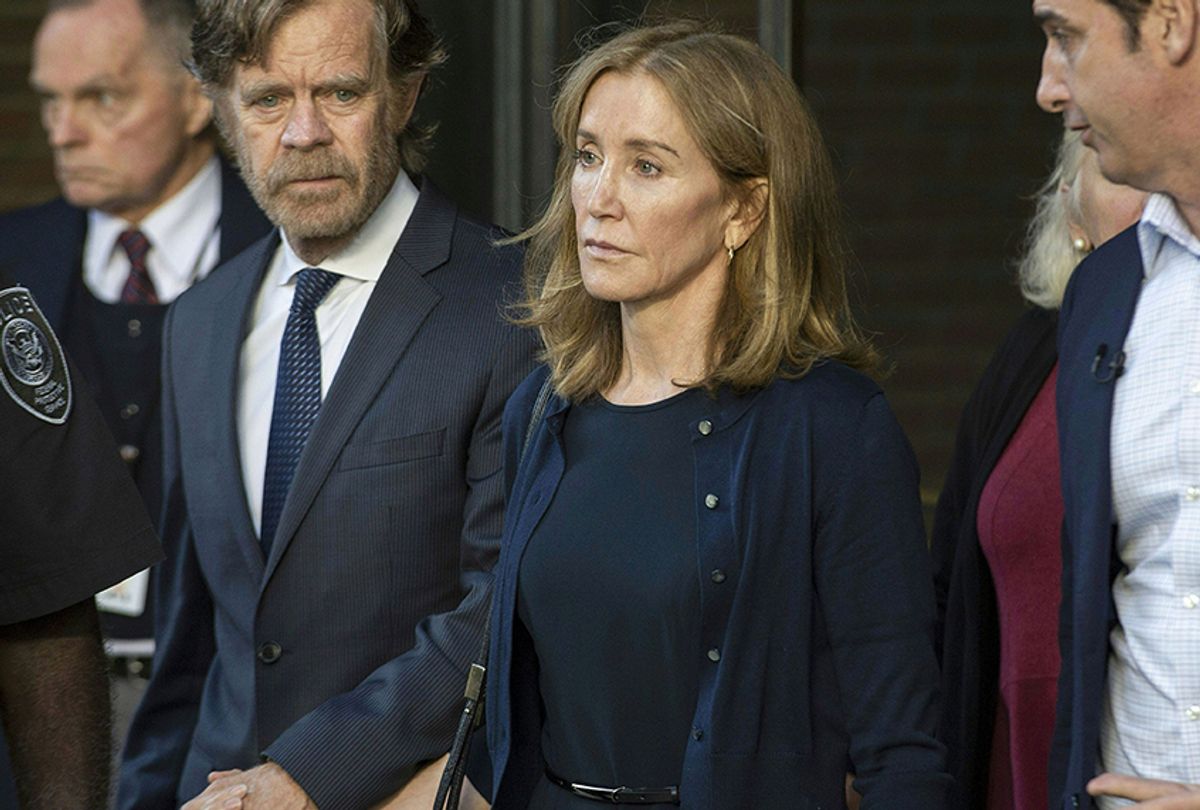 Felicity Huffman officially started her prison sentence on Tuesday morning, according to a report by Entertainment Tonight.

After it was revealed that Huffman paid $15,000 for someone to proctor and correct her daughter's SAT exam, the “Desperate Housewives” actress pleaded guilty to charges of mail fraud and honest services mail fraud; she will spend 14 days behind bars, in addition to one year of supervised release, 250 hours of community service working one-on-one with children and a $30,000 fine.

“Felicity Huffman reported today for sentencing to the Federal Correctional Institution in Dublin, California. Ms. Huffman is prepared to serve the term of imprisonment Judge Talwani ordered as one part of the punishment she imposed for Ms. Huffman’s actions," a representative for Huffman told ET.

According to the representative, she will begin serving the remainder of the sentence upon release.

Huffman was just one of 50 individuals charged in a sweeping college entrance cheating and recruitment scheme.

According to a massive federal indictment that was released in March 2019, affiliated parties included parents, sports coaches, and college preparatory program executives who all were involved in some form of college bribery — ranging from bribing entrance exam officials to facilitate cheating on standardized tests, like in Huffman’s case, to paying varsity coaches or administrators to designate certain applicants as recruited athletes, regardless of athletic ability.

“Full House” actress Lori Loughlin was included in the indictment as well; she has pleaded not guilty to money laundering and conspiracy charges and remains free on a $1 million bail.

In a statement following her sentencing last month, Huffman said she accepted the court’s decision without reservation.

“I have always been prepared to accept whatever punishment Judge Talwani imposed,” Huffman said. “I broke the law. I have admitted that and I pleaded guilty to this crime. There are no excuses or justifications for my actions. Period.”

She continued: “I would like to apologize again to my daughter, my husband, my family, and the educational community for my actions. And I especially want to apologize to the students who work hard every day to get into college, and to their parents who make tremendous sacrifices supporting their children.”

Huffman is expected to serve the full 14 days because there is no time off for good behavior in the federal system for sentences less than a year.