Do Republicans want to count the population or not? Trump's doing everything he can to screw up the census 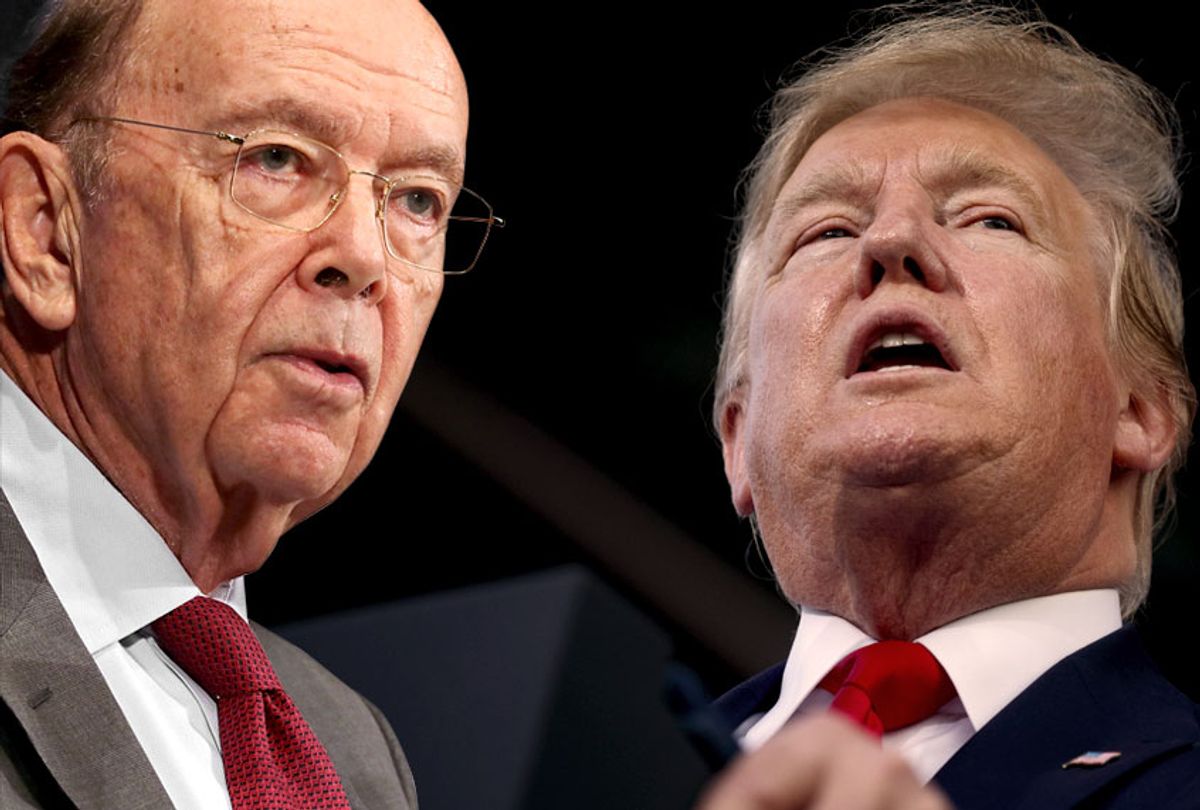 One of the first changes Donald Trump made after inheriting the White House from Barack Obama was to hang a portrait of Andrew Jackson in the Oval Office. The president viewed as a vicious racist even by the standards of his time once pushed back at a Supreme Court chief justice following a decision involving Jackson's treatment of the Cherokee nation, saying: “John Marshall has made his decision, now let him enforce it.”

Almost 200 years later, Trump stood in the White House Rose Garden hours after Supreme Court Chief Justice John Roberts had voted with the "liberal" justices to stop the administration’s attempt to rig the 2020 census — and declared his own intention to go around that ruling. After a two-year-battle to politicize the census by including a question about citizenship status, which experts say would result in an undercount, the Trump administration dropped its pursuit following the Supreme Court’s decision.

The administration had initially argued it needed citizenship data to help prepare for voting rights cases, but because Trump's Department of Justice had never engaged in such litigation, Roberts determined that rationale “seems to have been contrived.” He remanded the case to lower courts to be reconsidered, but no time was left before scheduled printing began. Instead Trump signed an executive order directing the Commerce Department, which houses the Census Bureau, "to strengthen its efforts ... to obtain State administrative records concerning citizenship."

So in August, the Census Bureau entered a proposal for a general clearance to acquire state administrative records, such as those of recipients of public-assistance programs, into the federal registry. Although the bureau already receives some administrative records from states, it has complained that the records it receives are stripped of identifiable information. With more than a month left open for public comment and consideration on the proposal, the Associated Press reported on Monday that the American Association of Motor Vehicle Administrators confirmed that nearly every state has recently received additional requests from the Census Bureau for information including citizenship status, race, and home address.

This move is strongly reminiscent of the request for sensitive voter data from every state made by Trump's now-defunct “election integrity” commission, led by notorious vote-suppression guru Kris Kobach, and is clearly meant to serve as an end-run of the Supreme Court’s ruling. While acquiring citizenship data through a direct inquiry on the census was not ruled illegal — Roberts instead determined that bureau officials were not honest in their answers to the district court — collecting citizenship information through the census bureau still presents similar problems.

Experts warn that many households with undocumented immigrants won't complete the necessary census forms for fear of retaliation. This could ultimately lead to a less accurate headcount, as was feared with a question on the Census itself, and deprive cities with large immigrant communities of federal funding and representation. The census serves as the basis for reapportioning seats in the House of Representatives every 10 years as well as for the distribution of social spending.

“The result is going to be fairly similar to including the citizen question directly on the census form,” Jennifer Lee, an associate professor of law at Temple University, told Courthouse News. “It’s really just an act that’s going to instill a lot of fear.”

It is not difficult to imagine how sharing state motor vehicle records with the federal government can increase the amount of uninsured and unregistered drivers on the road. As The New York Times’ Jose A. Del Real noted shortly before the Supreme Court’s ruling on the census question, “the fear engendered by the administration’s immigration policies will make the job of census workers difficult in primarily immigrant neighborhoods, regardless of whether or not the citizenship question is added.”

States, of course, could simply ignore the request for data (a move Trump certainly ought to appreciate). Illinois has already said no. Some states are already planning to supplement the Census Bureau's efforts following reports of widespread disarray under the supervision of Commerce Secretary Wilbur Ross. California is allocating $187 million — nearly 95 times what it did a decade ago — to local outreach groups.

“If you don’t participate in the census, Trump wins,” said Gov. Gavin Newsom of California, a Democrat.

Some other states at risk of an undercount, including Florida and Texas, have seen efforts to bulk up community outreach stymied by Republicans in the state's legislatures.

The official census count doesn't get under way until April 2020, but the Trump administration's latest move demonstrates that the president seems determined to disrupt the constitutionally-mandated count as much as possible and as long as possible.