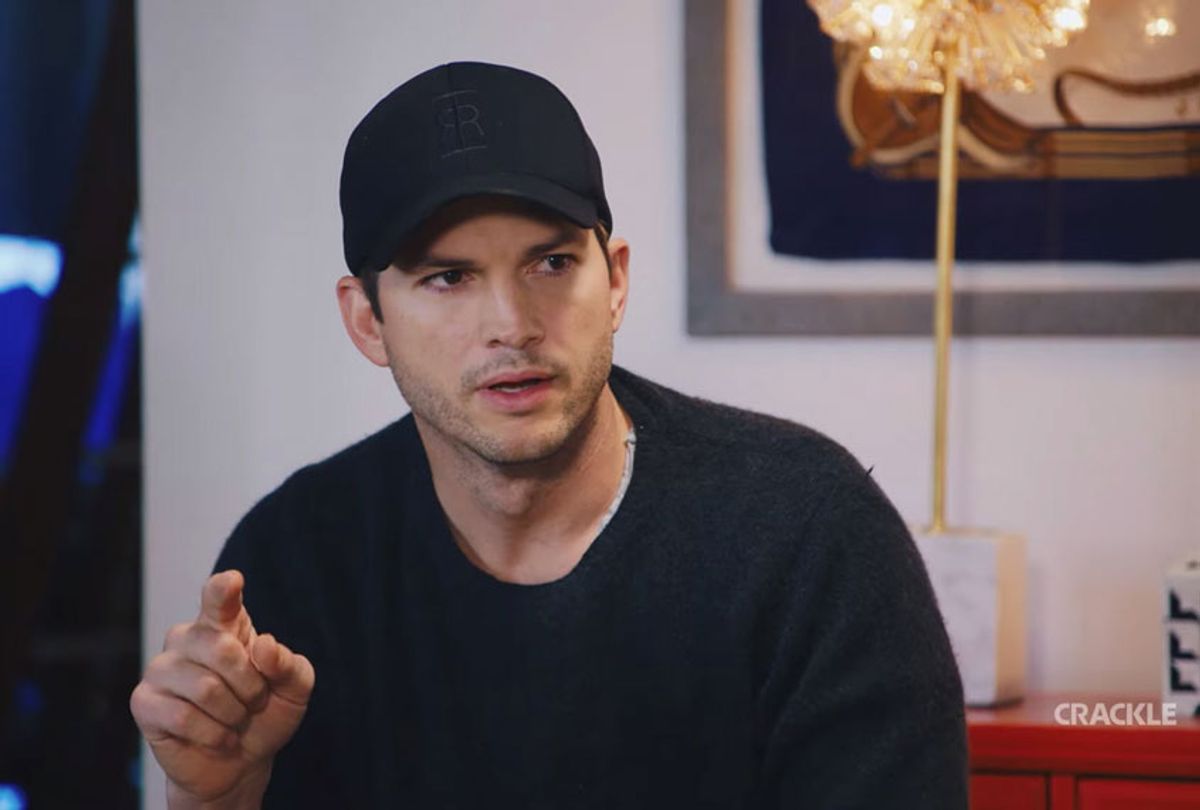 "Going From Broke" wants to spark joy in your finances. Streaming for free on Crackle beginning Oct. 17,  the new series executive produced by Ashton Kutcher  features hosts Chegg CEO Dan Rosensweig and financial expert Danetha Doe, in which they consult individuals living in Los Angeles who are encumbered by student loan and credit card debt.

To understand why I'd borrow the parlance of the host of Netflix's“Tidying Up with Marie Kondo" to describe the new series, I turn to the Konmari Method itself. There is something deeply soothing about the Netflix series that follows the titular Japanese decluttering expert as she helps American families learn how to properly fold camisoles and long-sleeved shirts while espousing the virtues of storage boxes. While some of the participants are dealing with messy life circumstances, ranging from the death of a loved one to legitimate hoarding tendencies, the driving question by Kondo is simple: “Does this spark joy?”

It's a phrase that launched thousands of memes and filled just as many black garbage bags with items that didn’t make the cut. It’s a quiet program, both in tone and volume, but the payoff — a home with organized linen closets and minimalistic kitchen cupboards — is nonetheless satisfying.

“Tidying Up” is just one show that I see as part of a subset of current makeover TV, consisting of programs with the inherent premise that the ultimate success of the transformation is incumbent upon the participant; essentially, the subject of the show has to put in the work, too.

Where “Extreme Makeover: Home Edition” has a team of experts racing against a one-week clock to completely overhaul an entire home with little input from the (always super-deserving) family, “Tidying Up” shows Kondo leaving participants with homework based on her teachings. Similarly, the current iteration of “Queer Eye” is all about their “heroes” taking an active part in their own transformations.

New to this subgenre "Going From Broke," which is centered on an area where many people could use a makeover: personal finances. Initially, I was skeptical. This is a show that advertises itself as specifically “challenging millennials to address everything from savings and spending to taxes.” Would it feel like an econ class splashed onscreen? And, more importantly, could it impart knowledge in a way that wasn’t preachy or tone-deaf to the challenges facing its target demographic?

To my delight, “Going From Broke” presents a relatable portrayal of all-too-common financial problems, while also empowering its participants (and thereby viewers) to make changes that really do add up. Take, for example, the episode about married couple Megan and Max. She’s a behavioral therapist, he’s a firefighter and they have two daughters under the age of two.

“We’re pretty much the all-American family," they say in the introduction. "[There's] only one problem; we’re broke.”

At the beginning of the episode, it’s revealed that both Megan and Max have lost their jobs turning, as Rosensweig puts it, their “American dream to an American nightmare.” This is about as hyperbolic as the hosts of the show get — which is appropriate. Finances are something that, for many people, are already emotionally fraught (to that point, halfway into the first episode, my palms begin to sweat and I had to click over to my banking app just to check things out).

Instead, any drama present in “Going From Broke” comes from the very real situations the participants have found themselves in; in Megan and Max’s case, they hadn’t built a financial safety net and had debt spread across a dozen credit cards. Moving out of their rental — which ate up much of their monthly income — wasn’t an option.

In the case of Miracle, a professional violinist, she was struggling to make ends meet under the weight of a massive amount of student loan debt. It’s a system that Rosensweig acknowledges is incredibly predatory, but says that his job is to help her work towards financial freedom within the current system.

As in “Tidying Up,” Rosensweig and Doe assign participants homework specifically tailored to them, and by the end of the episodes, things are often looking up for them. There’s no overnight fix; this isn’t “Extreme Makeover: Finance Edition” where a charitable Silicon Valley executive gifts a lucky individual enough money for a truly clean slate. But in a new era of makeover television, “Going for Broke” cashes in on being actionable instead of aspirational.

"Going From Broke" premieres on Crackle on Thursday, Oct. 17.