The USA Network expansion of the Jason Bourne mythology has shallow action, making it the perfect 2019 distraction 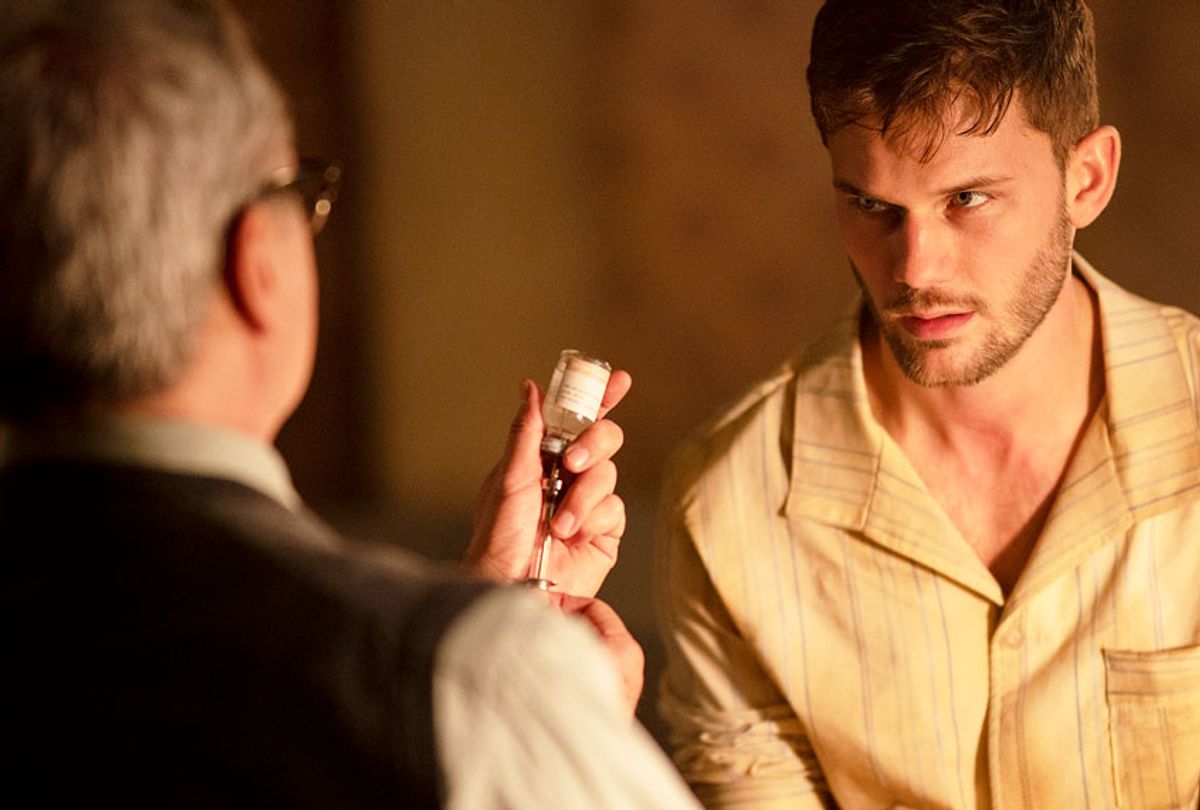 Is it odd that USA Network's "Bourne Identity" spinoff series “Treadstone” feels like a throwback? It’s weird, right? Only a few short years ago  – five, six maybe – proposing the existence of a secret government program that breeds hyper-intelligent, supremely athletic super soldiers didn’t seem too farfetched. Neither is the notion that if one, or two, or 10 went off the reservation, government operatives would be on top of the situation enough to keep tabs on them, if not stop them entirely.

Nowadays our Commander-in-Chief is the one going rogue, having recently dissolved a critically important bulwark against terrorism in the Middle East – you know, just because. It’s tough to imagine that anybody in intelligence would have enough of a comfortable grasp to handle on what’s on their desk, let alone figure out what’s going on in tiny outposts around the world, including America.

To be a throwback isn’t necessarily a negative.  Remembering when can be comforting, even if the memory entails the thrilling sensory recall of the first time we watched Jason Bourne beat a knife-wielding attacker into submission using nothing but his fists, knees, feet, and a ballpoint pen.

Never mind how we might feel about Matt Damon and Jeremy Renner now – back then they still qualified as bonafide hot pockets, cast in the roles of good men who just need a little understanding.  And there’s nothing the ladies fall harder for than a badass who is somehow unattainable and who they think they can fix. (See: John Wick.)

The makers of USA’s “Treadstone,” which debuted this week and airs new episodes Tuesdays at 10 p.m., understand that the audience’s expectations for it are quite basic. Some may claim to want a more profound development of “The Bourne Identity” mythology, but honestly, who has the mental bandwidth these days?

The adventures of Jason Bourne or Renner’s Aaron Cross (of “The Bourne Legacy”) double as personal odysseys, and that also informs the approach of “Treadstone,” developed for television by Tim Kring, the guy who brought us “Heroes.” Remember that show? If you do, you know to temper your expectations with his one.

“Treadstone” opens in 1973 with a Vietnam veteran (Jeremy Irvine) who has been captured and reprogrammed by Soviet agents led by a KGB officer (Emilia Schüle). Soon, the man comes to his senses enough to tear through his torturers and escape to American custody, only to discover how extensively his captors warped his brain via conditioning and psychotropic cocktails.

Like USA’s other movie-franchise based TV series “The Purge, ” the promise of “Treadstone” is to present a contained action movie plot per week. All it takes to hook people are a few scenes containing whiffs of confusion and paranoia, pulse-racing hand-to-hand combat between beautiful people, and a car chase or two. Kring and the writers toss a smidgen of new breadcrumbs about an overarching conspiracy to keep things interesting.

Only this time, the producers hint that the CIA program’s nefarious skunkworks project wasn’t solely an American undertaking. The Soviet Russia connection proves that Treadstone is and likely always was a global program with many tentacles. This particular arm involves sleeper agents  placed around the world, men and women dubbed “cicadas,” that are suddenly being reactivated.

In the present day, the North Koreans are seeking to obtain a Soviet-era weapon with a very James Bond-sounding name, and using a woman named SoYun (Hyo Joo Han), the seemingly docile housewife of a government yes-man, to do it.

SoYun is awakened and compelled to commit an assassination around the same time Doug McKenna (Brian J. Smith), an oil rig worker in Alaska who loses his job suddenly to a Russian, finds out he’s a killing machine during a bar fight. We meet another sleeper, high school math teacher Stephen Hayne (Patrick Fugit), after he commits a seemingly random act of violence.

While all of this is occurring, CIA Agent Matt Edwards (Omar Metwally) recruits former investigative journalist Tara Coleman (Tracy Ifeachor) to speak with a North Korean general who insists upon speaking only to her. It seems Tara’s digging in her former career uncovered evidence of the weapon’s existence, but since the details couldn’t be verified, her articles were torn apart and she was pushed out of the profession in disgrace. The general demands to meet her because she was right, and he places her on a dangerous road requiring her to fulfill several quests, each deadlier than the next.

Lastly in Russia, a veteran spy posing as a farmer named Petra (Gabrielle Scharnitzky) is forced to reemerge from her cover job, only to discover how extensively the world has changed since she became a country mouse. It turns out that Petra actually had been tasked with a vital mission of international import that doubled as a version of exile, but she finds that out when she picks up the phone to dial in a substantial development only to discover her line now connects to a lady’s clothing store.

The world wasn’t merely more innocent way back in 1973. “Treadstone” proves how quaint our thinking was about spy adventures in 2002, which sounds insane to anybody familiar with recent history. Then again, look around.

Seventeen years ago audiences bought the conceit of higher government agencies not only believing in science, but shaping it to brainwash a slew of muscular dudes who could function as precise one-man kill squads, as utterly plausible. Nowadays a substantial portion of the population views CIA and FBI intelligence as untrustworthy if it doesn’t match President Trump’s view of reality.

Perhaps the greatest comfort “Treadstone” offers, is presenting the idea of a government agency that kinda, sorta knows what it’s doing. Even if its employees are not entirely certain of why, say, a couple of international incidents that make headlines may be related, at least they feel empowered to follow clues and information threads wherever they lead.

A similar premise drives Amazon’s “Jack Ryan,” returning at the beginning of November – only that series has a heavier skew toward the classic “American might equals right” action movie ethos. Both franchises are centered upon heroes tasked with correcting wrongs committed by malevolent parties within the American government, often unbeknownst to higher-ranked authorities whom we presume to be morally upright.

Nor should it be left unnoticed that among the presumed protagonists in “Treadstone” are a journalist and two housewives – all women, and two of them non-white.

Women, particularly women of color, play prominently in moving the “Treadstone” narrative forward, a welcome evolution from the movie franchise’s default emphasis on white guys and girlfriends naturally versed in cutting their own hair into a flawless choppy bob, a look we’ll call the Lady Fugitive. (And yes, that style resurfaces in “Treadstone” – there’s no beating a classic.) One of the show’s most enigmatic characters is an assassin of inscrutable allegiance played by Indian actress Shruti Haasan who has very few lines but very quickly establishes herself as a formidable, highly watchable force.

USA describes “Treadstone” as an event series, and this gives the network an easy out if, in fact, viewers fail to show up for this small-screen expansion of the Bourne saga. Nothing is certain in this time of too many TV programs, and this one is heavy on scenery and action, and thin on profundity. That might not have flown in 2002, when “The Sopranos” was in its heyday and premium cable was recalibrating the audience’s definition of great or even watchable TV. We wanted shows that drove conversations with one another and inspired us to trade theories and informed opinion.

Our choices in 2019 indicate a desire to feel, perhaps, or to be distracted whenever possible. Dark dramas abound but are increasingly harder to stick with. In “Treadstone” we have more distraction than emotional resonance, sold with the fantasy of precision-driven, expert violence. No doubt, this is a vintage approach. It also feels right for right now.

"Treadstone" airs Tuesdays at 10 p.m. on USA. The first episode is available to watch for free on USANetwork.com or on YouTube below: