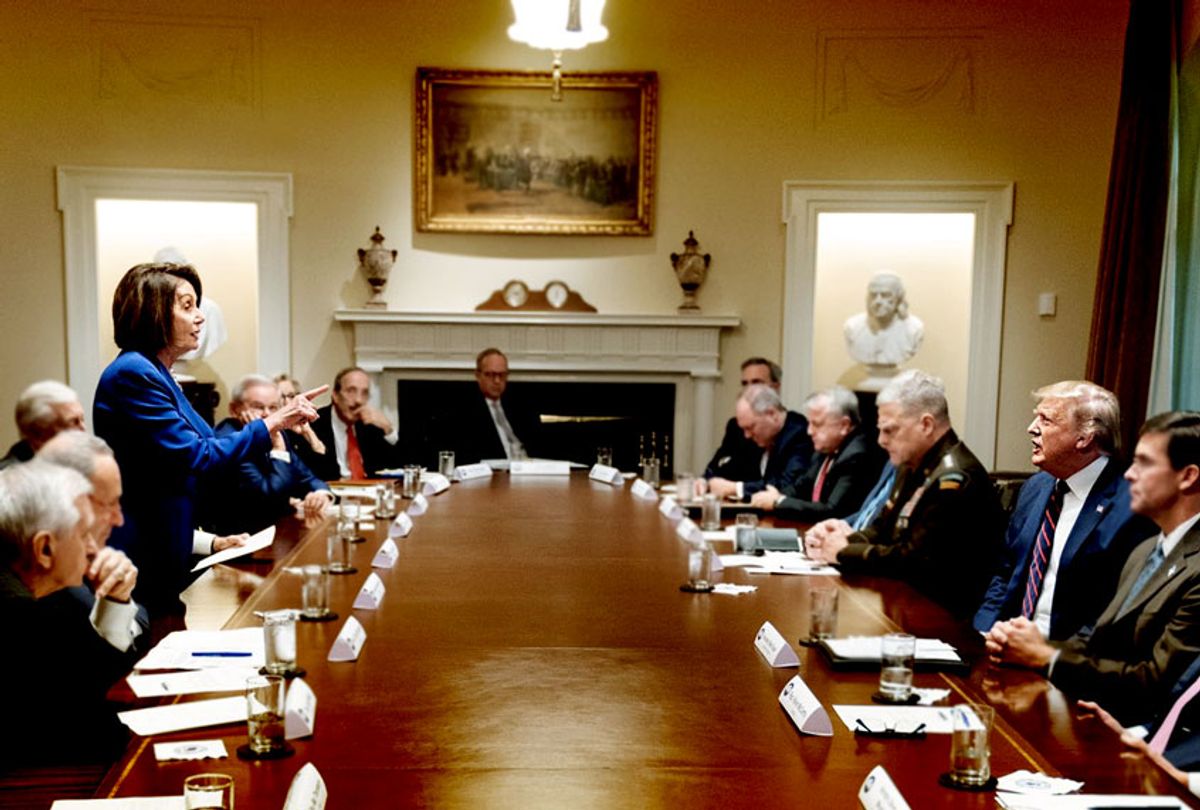 When Democratic leaders left a meeting with President Donald Trump at the White House on Wednesday, they told reporters that he had gone on an insulting “diatribe,” lashing out at House Speaker Nancy Pelosi in what she described as a “meltdown.” She later added that she was concerned with his “health” and said that Trump had been set off by her arguing that his actions embolden Russian President Vladimir Putin.

Trump clearly didn’t like how Democrats were portraying the meeting, and after some meager pushback from his allies against Pelosi’s narrative, he tweeted out a picture in an attempt to turn the tables:

White House Press Secretary Stepanie Grisham — who hasn’t held a single televised press briefing since taking the job — commented on the photo, implying that it showed Pelosi out of control:

It was an odd interpretation. Pelosi is clearly standing up to the president, literally, but she doesn’t look out of control in the photo. Trump, meanwhile, has an expression on his face that seems to be either confusion or anger. And, as many pointed out on Twitter, three of the men to Trump’s right appear to be looking down in embarrassment or frustration — though, admittedly, discerning emotions from a single photo isn’t reliable.

But as an attempt to humiliate Pelosi, the picture seemed to fail completely. In fact, as journalist Yashar Ali noted, it seemed to do the exact opposite:

And Pelosi herself embraced the image:

Reporter Jane Mayer noted that it also revealed the dearth of female leadership on the GOP’s side: