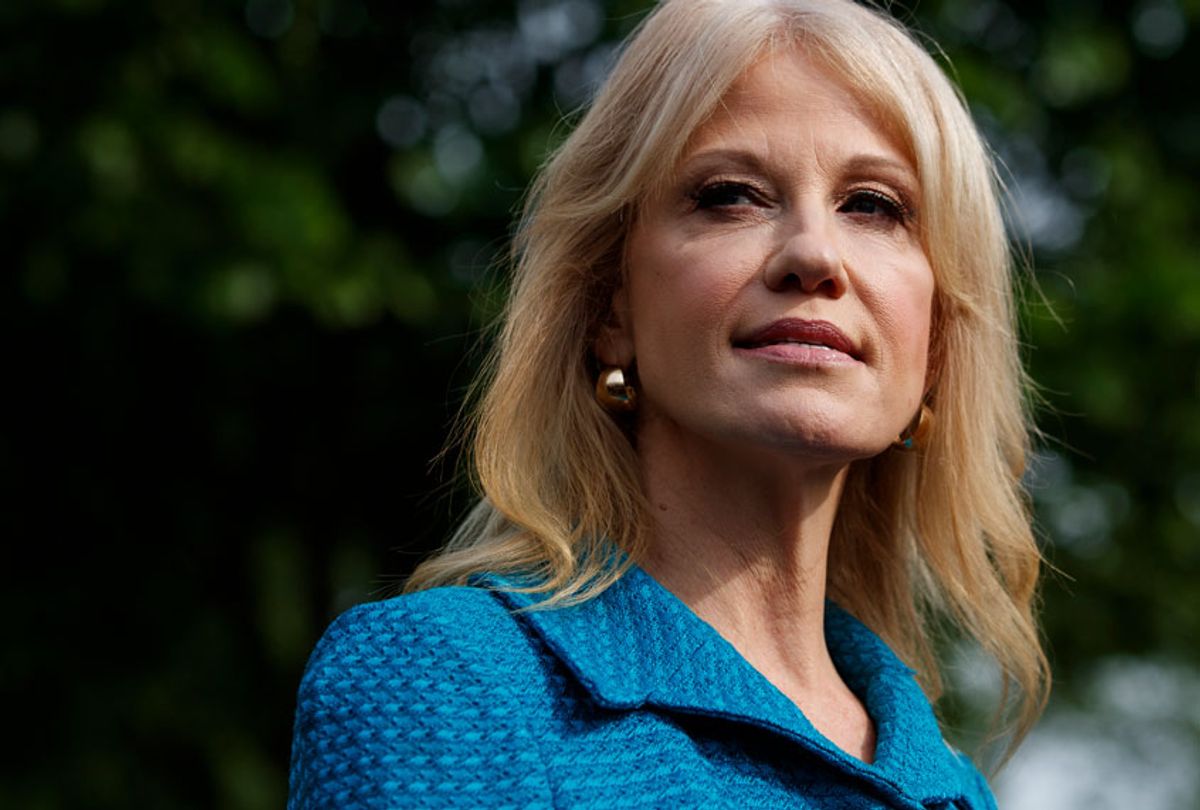 According to a report from Citizens for Responsibility and Ethics in Washington (CREW), Counselor to the President Kellyanne Conway has “surpassed 50 violations of the Hatch Act on Twitter alone this past year.”

Explaining the numbers, the report states, “CREW’s report on Conway’s continued violations outlines five categories of tweets that violate the Hatch Act: attacking or mocking Democratic presidential candidates, attacking the Democratic Party, promoting President Trump’s re-election, promoting the Republican Party, and attacking President Trump’s political adversaries. Conway has multiple violations in each category,” before noting that Twitter’s Terms of Service indicates one of Trump’s closest aides is in violation and should have her account suspended.

“On June 13, 2019, the Office of Special Counsel found that Conway had violated the Hatch Act twenty-two times using her @KellyannePolls Twitter account, in addition to other Hatch Act violations, and recommended her removal from federal service,” the report states. “The decision to punish or fire Conway rested with the President, who refused to take either action. Based on a review by CREW of Conway’s tweets since June 13, 2019, her apparent violations of the Hatch Act using Twitter has now surpassed more than 50 violations and are ongoing. Twitter’s Terms of Service require users to use the platform in compliance with all applicable laws. Conway does not meet the ‘world leader’ exception Twitter has created for positions like President of the United States.”

According to CREW Executive Director Noah Bookbinder, “This country has been plunged into crisis because of the abuse of the official powers of the government by the president and those around him to promote his personal political interests. Kellyanne Conway’s repeated and flagrant use of her official position for politics is one more manifestation of this alarming and anti-democratic trend.”

CREW has also forwarded their report the federal oversight administrators, demanding that she face disciplinary action for her multiple violations.