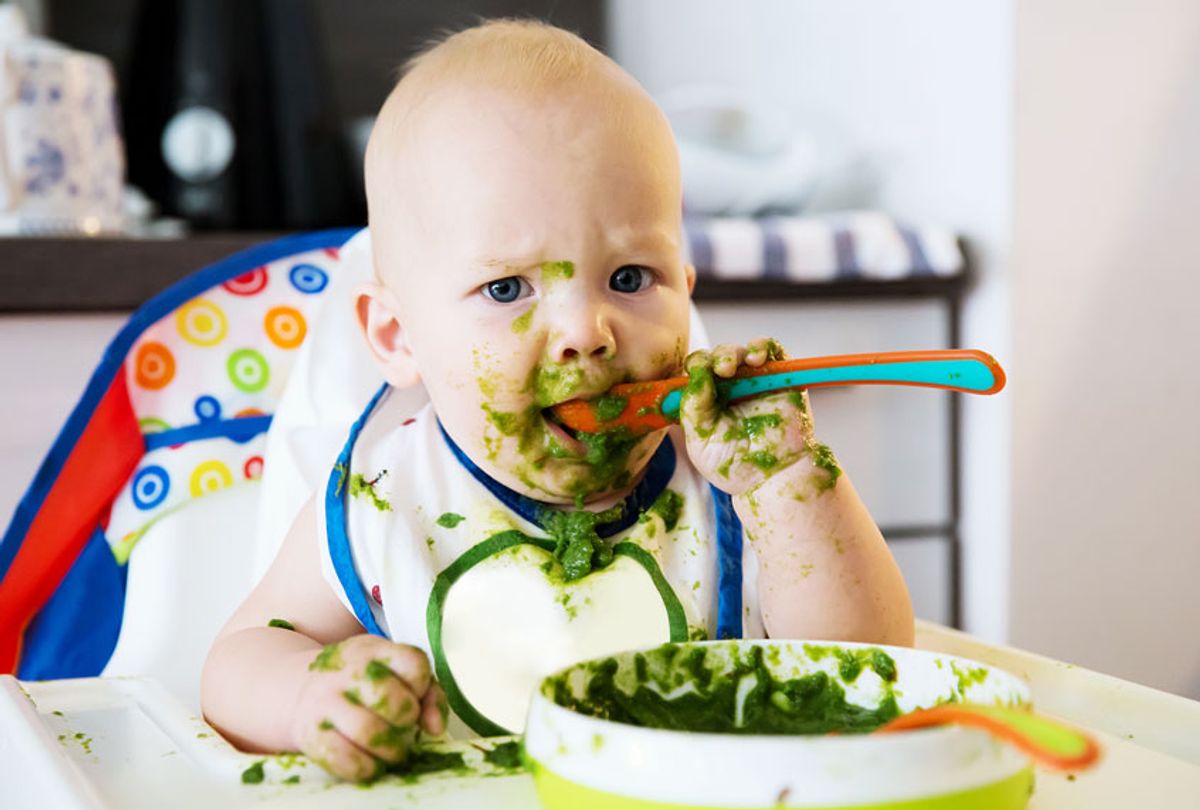 Sleep deprivation, diaper changes and late-night feedings are a few of the many common challenges faced by parents with a new baby at home. To ease the transition, parents often rely on the convenience of store-brand baby foods to provide the nutrients their children need in order to develop into healthy toddlers, young adults, teenagers and eventually adults. But there is a strong likelihood that nearly every can, jar and pouch of store-bought baby food contains traces of toxic heavy metals, including arsenic and lead, according to a new study.

The research, commissioned by Healthy Babies Bright Futures (HBBF) and detailed in a report published Thursday, tested 168 baby foods from major manufacturers in the U.S. for the presence of four heavy metals: arsenic, lead, mercury and cadmium.

"Any amount of heavy metal can be potentially dangerous to a growing and developing baby," Dr. Jen Trachtenberg, MD, a nationally-recognized parenting expert, explained to Salon. "There is metal contaminants everywhere in the environment, water air and soil.”

Among the popular baby foods estimated to pose the highest risk are fruit juices, as well as rice-based products, including puff snacks and rice cereals. Rice is especially effective at absorbing arsenic, a common pesticide, as it grows. Four of seven infant rice cereals tested contained inorganic arsenic, which is the most toxic form of the metal, in levels exceeding the Food and Drug Administration’s proposed limit of 100 parts per billion.

Because rice is grown in water, the plant and grain tend to absorb higher levels of inorganic arsenic than other foods, according to the Food and Drug Administration.

Leafy greens and root crops like sweet potatoes and carrots also retain higher levels of heavy metals than other vegetables. Organic products are not reliable either, according to the study.

"One of the best thing to do is to give baby a wide variety of different foods right from the start instead of relying on old recommendations of rice cereal, for example," Trachtenberg said. "As this study indicates, rice and fruit juices are high in heavy metals, so it’s just another reason why parents should avoid them as daily first baby foods. Rather, use oatmeal or other mixed grains and after six months of age introduce water in addition to breast milk or formula."

In spite of these results, there are preventative measures parents can take in order to help their children avoid contamination from heavy metals.

“Parents can help their children absorb less lead and other heavy metals by giving their children a well-balanced diet that includes a variety of foods that are high in calcium and iron and by reducing the amount of fruit juice they drink," Dr. Scott Jelinek, MD, MPH, a pediatric resident physician at Mount Sinai Kravis Children’s Hospital, told Salon.

Moreover, there is no need for parents to serve their children juice, a beverage which offers no nutritional benefits to children under age one, according to the American Academy of Pediatrics (AAP). Juice lacks dietary fiber and also carries the risk of tooth decay and excessive weight gain.

"There is no need for young children to drink juice,” Trachtenbergs said. “Offer different types of fruits and vegetable which can help improve picky eating by frequent exposures leading to better nutrition in the long term.”

The four metals are also neurotoxic, and thus may pose serious threats to a child's brain development. And while many factors can contribute to a child's IQ — from nutrition and genetics to environmental toxins like heavy metals — the levels of arsenic, cadmium, mercury and lead found in baby food "constitute both a significant and a solvable problem," the report noted.

"Even in the trace amounts found in baby food, these contaminants can alter the developing brain and erode a child's IQ," the report continued. “The impacts add up with each meal or snack a baby eats.”

A data analysis also commissioned by HBBF estimated that children ages 0 to 24 months have already lost more than 11 million IQ points from exposure to arsenic and lead in food. Just 15 foods contribute to more than half of this IQ loss, with rice-based foods alone making up 20 percent of it.

The results underscored that while reports of heavy metals in baby food span nearly a decade, the problem remains unsolved.

To reduce the level of heavy metals in baby foods, the FDA should establish regulations, the report recommended. For nearly 90 percent of the baby foods tested, the FDA did not set standards for the maximum safe limit of heavy medals.

The researchers also recommended that the FDA implement a testing program for heavy metals in foods consumed by babies and toddlers. Notably, the AAP recommends all children receive a lead risk assessment at six months, nine months, 12 months, 18 months, 24 months, and at three, four, five and six years of age. If the risk assessment comes back positive, AAP recommends a blood lead level test is conducted.

Dr. Jelinek praised the study for drawing attention to the issue of screening for such toxins.

“Lead exposure is a preventable environmental threat to children’s neurocognitive development and this study draws attention to the importance of screening all children during pediatric visits for their risk of lead exposure," he said.

Joseph Neese contributed to this report.