Do people ever truly change their beliefs? 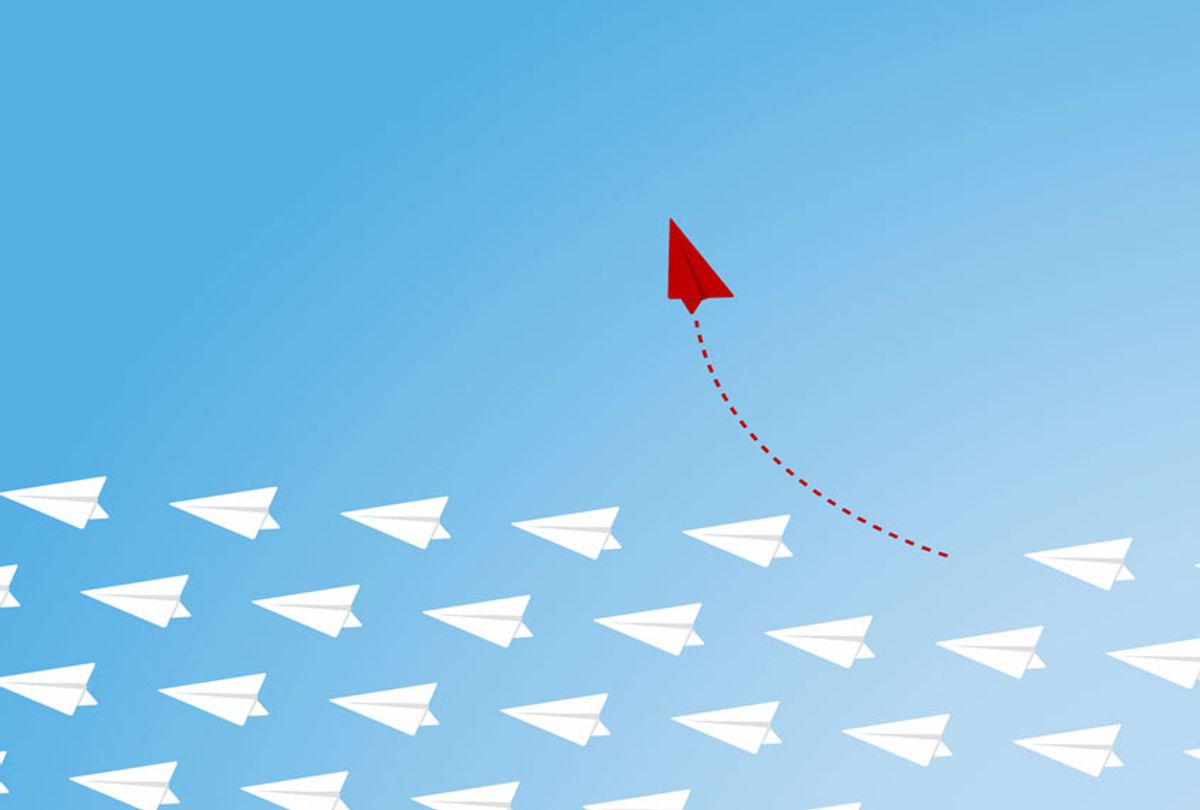 Stephanie Lepp has always seen herself as a work in progress. Even as a ten-year-old, she embraced the notion that we are never done growing, even after we grow up. In fact, she regards this early realization as one of the factors that led her to tell stories of personal transformation and restorative justice in her podcast "Reckonings."

“I've just been aware of my evolving consciousness from a young age,” Lepp told me in our conversation for "Inflection Point." “I mean, I remember in second grade waiting for the school bus . . . and I remember thinking, ‘Last year I didn't know anything. Last year was first grade. I didn't know anything. Now I really know what's up. I'm going into second grade.’ And then having that same experience going into third grade, and having that experience enough times that I was like, ‘Wait a second. I'm noticing a pattern here. Maybe I don't actually know everything there is to know now that I'm going into fifth grade. Maybe my mind is actually just in a process of changing and growing and evolving.’ And that stuck with me.”

"Reckonings" is a podcast about how people change their hearts and minds. And this isn't about changing your mind on the small stuff like, "Oh, I wanted to cook dinner in, but instead let's eat out." It's about people who decided on their own to completely change their world views.

One of the more powerful episodes features the stories of Frank, a former neo-Nazi, and Jesse, a former militant Islamic extremist.

“On the one hand, we think of those ideologies as somehow opposite,” Lepp said. “But you get to see how, when you need something, when you are just feeling broken and don't have many options, and it's like — you're going to reach for heroin, or alcohol, or white supremacy or jihadi extremism, whatever it is that helps you cope. And either one of them could have gone in the other direction. And there are times in the episode where you may not even be able to distinguish between their voices, but that's part of the point.”

Both men were recruited to their respective extremist groups as vulnerable youths, both committed acts of violence in the names of their brotherhoods, and both ended up in jail.

But then something happened — a defining moment where, after being shown grace and compassion, they gave up their hateful ideologies and devoted their lives to preventing more extremist violence in the world.

In Frank’s case, the moment came when a Jewish man gave him a job after he was released from prison.

“That is kind of what put him in the position to say, ‘Well, wait a second,’" Lepp said. “Because you go through this process of like, "OK, fine, Black people are fine, but Jewish people?" And it's like me with the school bus. After having enough experience of seeing yourself repeat the same pattern you start to wonder, is there a pattern here? Am I going to just say, ‘OK, fine, Jewish people, but then the next person. . . ’ Or am I finally going to say, ‘Actually, maybe there is something fundamentally wrong with the way that I have been seeing the world’?”

But the journey doesn’t stop there. As an advocate for restorative justice, Stephanie Lepp chooses guests who have in some way taken action to make amends for the pain they have caused.

Both Frank and Jesse now volunteer for Against Violent Extremism — a global network of former extremists, survivors of violence and interested individuals from the public and private sectors —  working together to counter all forms of violent extremism.

In the course of these conversations about profound personal change and restorative justice, has Stephanie seen any patterns that we can apply toward change in the world today?

“In order to get to anywhere we have to start from where we are,” Lepp said. “Part of it is yes, [we] must see the nature of the situation clearly in order to go anywhere, but cannot stop only at seeing the nature of the situation clearly. That can also lead us to stagnation and depression. So there is both seeing clearly and a dose of creativity and imagination and hope to move us forward.”

How can you truly redeem yourself after causing pain?

Is it up to people living in the margins to inspire the rest of us to create change within ourselves?

Or is it about all of us making room to let others change? Here's Stephanie's Toolkit on how personal change can lead to positive societal change:

Find more stories of how women rise up on the "Inflection Point" podcast, help us crowdfund our new season and more toolkits , and come on over to The Inflection Point Society, our Facebook group of everyday activists who seek to make extraordinary change through small, daily actions.