Producer Scott Jacobson on how the comedy is serious about gastronomic details, from black garlic to spatchcocking 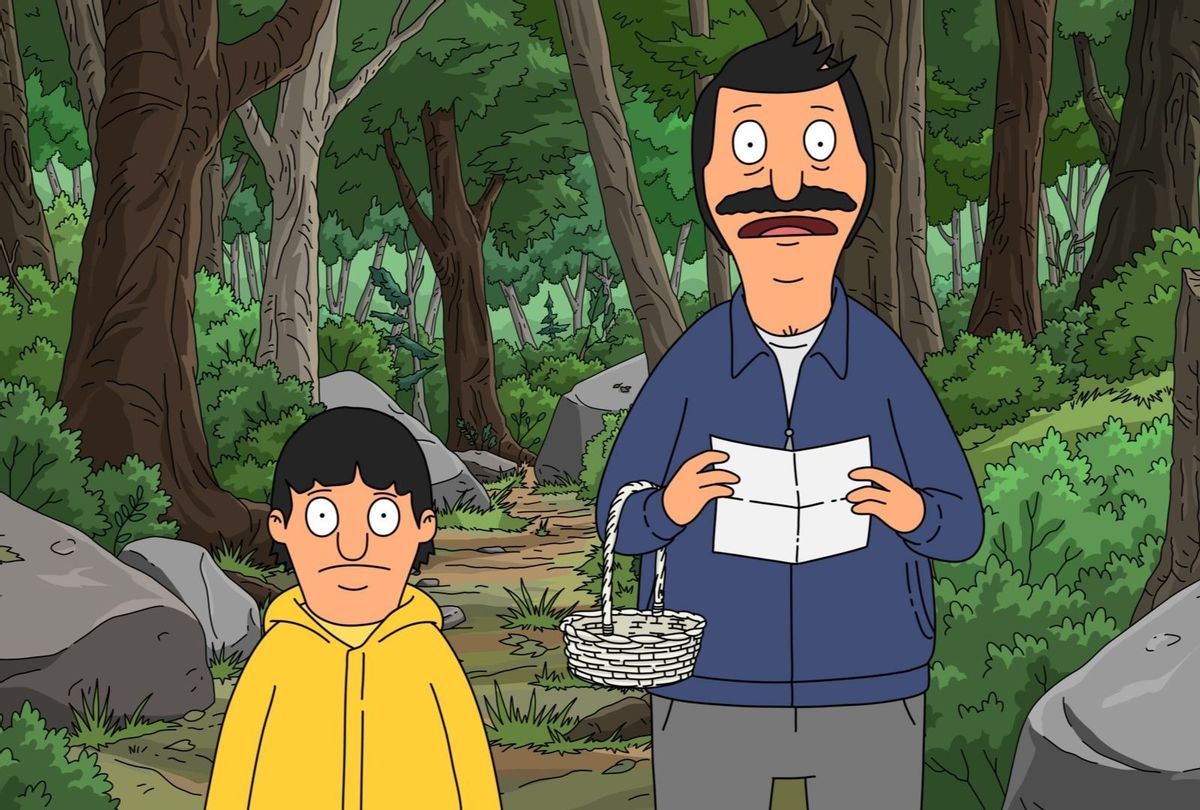 On a recent episode of FOX's animated comedy "Bob's Burgers," Bob Belcher and his son, Gene (H. Jon Benjamin and Eugene Mirman), stand at the entrance to a forest — map and basket in hand. After visiting the farmers market and beholding the outrageous price for mushrooms, they've decided to forage for their own, but Bob doesn't want just any mushrooms; he's on the hunt for the ultra-rare woolly neptune variety.

The mushrooms only appear in a very specific part of the woods during a small window of the year. The chef as hunter and gatherer is not a new concept, but one that has seen increased airtime on food television as of recent, and Bob is convinced that this practice is something that will take his burgers from solid to splendid. Toss in some slow motion shots of Bob at the grill and dicing his eventual find, all scored by some Vivaldi, and the show transforms into a particularly upbeat episode of "Chef's Table."

There is so much that is endearing about "Bob's Burgers": the depiction  of Bob and Linda's (John Roberts) marriage and parenting styles, the inclusion of quirky supporting characters, its bizarre, but heartfelt, exploration of adolescence. But episodes like this one — "Boys Just Want to Have Fungus," the second episode of the new season — which show Bob in pursuit of creating a better burger, are especially compelling in the scope of the show, and in the scope of food television, in general.

We're in an age of prestige food content, from shows that explore in-depth culinary histories to chef documentaries, but one of the things I appreciate most about "Bob's Burgers" as a show is that it captures the love and craft of cooking just as genuinely as more "serious" food media. And it does this while also telling side-splitting stories about family, friendship (and in Gene's case, farts).

According to co-executive producer Scott Jacobson, this can be attributed, in large part, to a writers room full of food enthusiasts.

"Quite a few people on the writing staff have some culinary curiosity. We've got a pizza chef, a few avid backyard barbecue enthusiasts, and a guy who's 'really getting into' his Instant Pot (me),"Jacobson wrote in an email. "Whenever there's a mention of an impressive-sounding cooking technique on the show, chances are it's something either Loren [Bouchard, creator of "Bob's Burgers] or a writer has attempted in their own kitchen."

For instance, Jacobson said, more than one member of the "Bob's Burgers" team has tried spatchcocking — the "medieval-seeming, disturbing-to-witness method of turkey preparation" from the Season 8 Thanksgiving episode.

"Bob is interested in that stuff," Jacobson said. "So by extension, we are too."

Bob as a character is loosely based on a couple chefs; according to Jacobson, Bouchard has said Bob was partly inspired by the late Lower East Side diner owner Kenny Shopsin, who was the beloved, if curmudgeonly, subject of the 2004 documentary "I Like Killing Flies."

"The film 'Big Night' is also in the show's DNA, and the stubbornly principled — not to mention lavishly mustachioed — chef played by Tony Shalhoub was a notable inspiration for Bob," Jacobson said.

The convergence of these inspirations, I think, is most apparent in "Father of the Bob," from Season 5. In that episode, we're introduced to Big Bob (Bill Hader), Bob's dad who owned Bob's Diner. In that episode, it's revealed that young Bob's creation, the "Baby You Can Chive My Car" burger, was a point of intergenerational contention.

Big Bob wanted Bob to continue making regular diner burgers. Meanwhile, young Bob wanted to innovate (this is also how the "Burger of the Day" seen on the chalkboard was born). When it came time for Big Bob to turn over the keys to his restaurant, Bob refused to take them.

He wanted to do things his own way and the only way he would be able to do so was in a restaurant of his own; thus, Bob's Burgers was born, and along with it, a character who is continually on the lookout for new techniques and ingredients. This is a trait that is fueled by the writers' own interests.

"Quite a few writers are fans of foodie TV like 'Chef's Table,' 'Chopped,' 'Top Chef,' 'Ugly Delicious.'" Jacobson said. "So any trendy references we drop are probably things we learned on Netflix the night before."

This is reflected pretty clearly in episodes like "Best Burger," in which Bob competes in an "Iron Chef"-style cook-off against two other chefs, including his nemesis and fellow restaurant owner Jimmy Pesto. For the competition, Bob wants to utilize a very special ingredient — black garlic. But he's forgotten to pack it, sends Gene to retrieve it, and chaos predictably ensues.

"I suppose we're also in the habit of noting interesting or exotic ingredients that we can work into Burgers of the Day — the punny, eclectic creations that appear on the restaurant specials board," said Jacobson.

The writers pitch new BOTD's for every episode (and there's now an official cookbook containing many of them), so, Jacobson said, sometimes it feels like they've squeezed every last pun out of more common ingredients. "There's basically a moratorium on kale-based BOTD's, for instance," he said. "Partly because we've pitched so many and partly because kale is sad on a burger."

But, Jacobson said, with regards to references to food television or movies, the writers won't work something into the show just because they are fans — even if they are really big fans.

"It all depends on what makes for a good story," Jacobson said. "We have one coming up where Louise and Gene compete with each other in a burger making contest in the restaurant. That was somewhat inspired by 'Chopped Junior,' but it's also just a natural fit for a family story."

Bob's Burgers Season 10 is now airing Sundays at 9 p.m. ET on FOX and streaming on Hulu. This story has been updated since publication.