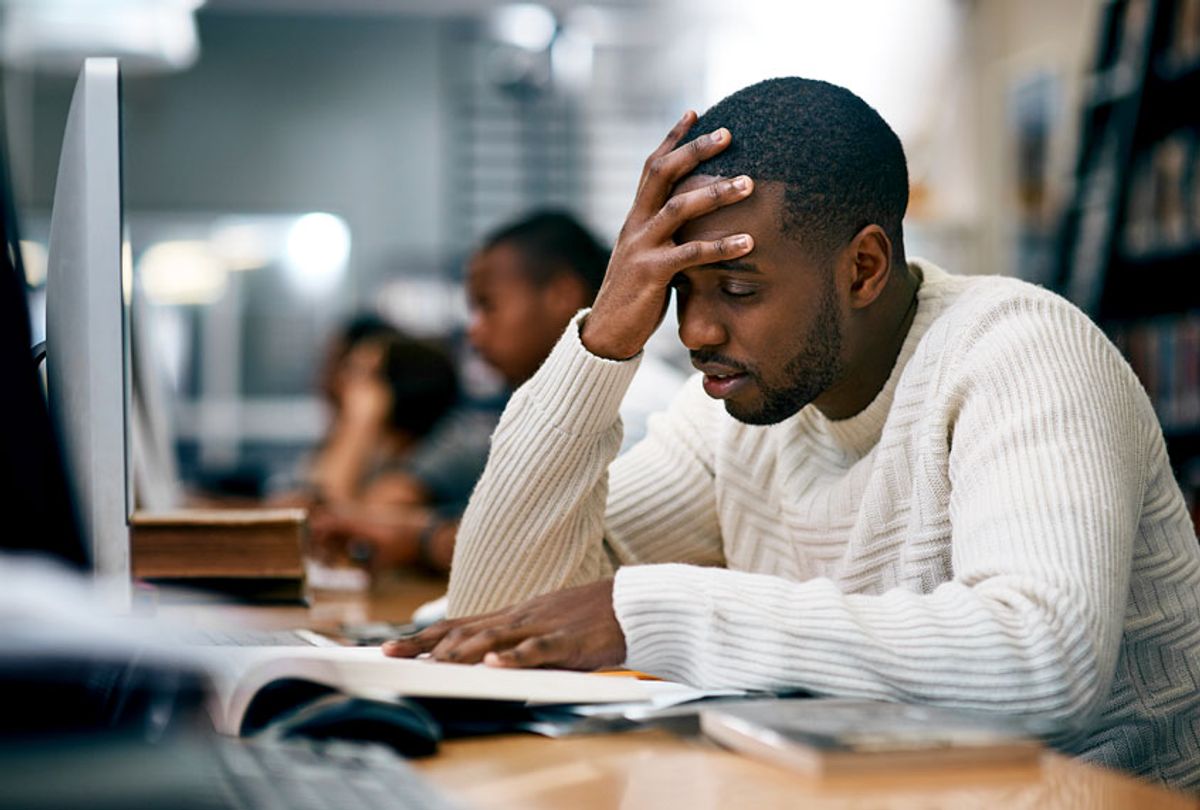 In "Ferris Bueller's Day Off," the title character portrayed by Matthew Broderick became one of the most iconic American high school students, known for calling in sick to play hooky. He borrows a Ferrari, goes to a Cubs game, and frolics through the streets of Chicago, all while his teachers and classmates believe he’s at home, terribly ill.

This is a day I dreamt of  having when I was a high school in the Chicago suburbs in the mid 2000s, but instead of taking a fake sick day to have fun, instead as I neared college graduation, I took a day off to cope with the stress of graduating high school, which physically manifested as eczema on my body. Like me, for decades, students — and adults —have had to hide behind sick days meant for physical ailments when feeling poorly for mental health. We live in a culture where people are often seen as weak when they struggle with their emotional, psychological, or social well-being.  However, the attitude toward this less visible ailment is changing as lawmakers in various states advocate for students to miss school for a mental health day.

The state of Florida is the latest to consider a measure in which public school students would be allowed to cite the need for a mental health day as an excuse to miss school. The bill was proposed by Florida state Representative Susan Valdes (D-Tampa) who wants to treat mental illness the same as a physical illness. If passed as it is, the bill, House Bill 315, would give Florida school districts the flexibility to include mental health as a reason for an excused absence one day per semester.

“It is time for us to take mental health as a whole more seriously,” Valdes said, according to the Tallahassee Democrat. “In the age of social media, the Internet, and constant bombardment of negative news and events, our children are bearing the brunt of a quickly changing society.”

Florida joins the ranks of other states across the country that are prioritizing mental health days for students.  A similar proposal was filed in the New York State Assembly last month which would make mental health an excusable absence for students.  In Oregon,  a law went into effect last July giving students five mental health days in a three-month period. In 2018, lawmakers in Utah changed the definition of a student’s “valid excuse” to miss school to include an illness “which may be mental or physical.”

The changes come at a time when mental health struggles among youth continue to rise. For Floridians under the age of 34, suicide is a leading cause of death. Overall, Florida’s suicide rate is higher than the national average. Last week, the Centers for Disease Control published new data that death rates from suicide are on the rise among people between the ages 10 to 24; a 56 percent increase in the last decade. For black teens, from 1991 to 2017, the rate of reported suicide attempts increased, according to a study published Monday in the medical journal Pediatrics. A survey by the Pew Research Center found that teenagers see depression and anxiety as major problems among their peers.

“Just looking at these numbers, it’s hard not to find them completely disturbing. It should be a call to action,” Lisa M. Horowitz, a pediatric psychologist at the National Institute of Mental Health, told the Washington Post. “If you had kids suddenly dying at these rates from a new disease or infection, there would be a huge outcry. But most people don’t even know this is happening. It’s not recognized for the public health crisis it has become.”

Indeed, the way mental illness is stigmatized in our society contributes to the fear of taking a day off to take care of your mental health. This fear carries over to adulthood, too, which is why normalizing it as teens could be so effective. Mental Health America published findings from a survey that stated nearly 55 percent of 10,000 people agreed with the statement, “I am afraid of getting punished for taking a day off to attend to my mental health.”

As Salon has previously reported, a few years ago, researchers conducted a systematic literature review where they analyzed news articles and studies to determine whether or not mental illness held a public stigma in America. According to the study, which was published in 2013, the stigma was “widespread.”

“We need to say it’s just as OK to take care for mental health reasons as it is to care for a broken bone or a physical illness,” Debbie Plotnick, a vice president at Mental Health America, told AP News.

Indeed, erasing the stigma of mental illness is important. However, getting to the root cause of epidemic depression rates is also needed as experts don't know why depression, anxiety and suicide rates are increasing among young people.

Mel Schwartz, a psychotherapist and author of “The Possibility Principle,” told Salon last year that be believes lot of depression is environmental, and that situational depression is also about a loss of meaning and purpose, which can be enabled by a capitalistic culture.

“The hyper-focus on winning and succeeding drives a lot of this emotional and psychological disaster,” he said. “I believe the solution is learning to think differently, which is being able to embrace uncertainty. Embracing uncertainty creates possibilities, and when we have possibilities we don’t feel depressed, so what allows us to see possibility is to step into uncertainty, embrace it and embrace the flow of life.”

Climate change, student debt, school shootings, getting into college, social media — there is a lot to be anxious and depressed about these days, especially for teens.

At the very least, mental health advocates say bills like these also allow for students to be more open about their mental health issues. Hailey Hardcastle, a teenager from Oregon who helped advocate for the state’s mental health bill, told the AP: “Why should we encourage lying to our parents and teachers? Being open to adults about our mental health promotes positive dialogue that could help kids get the help they need.”