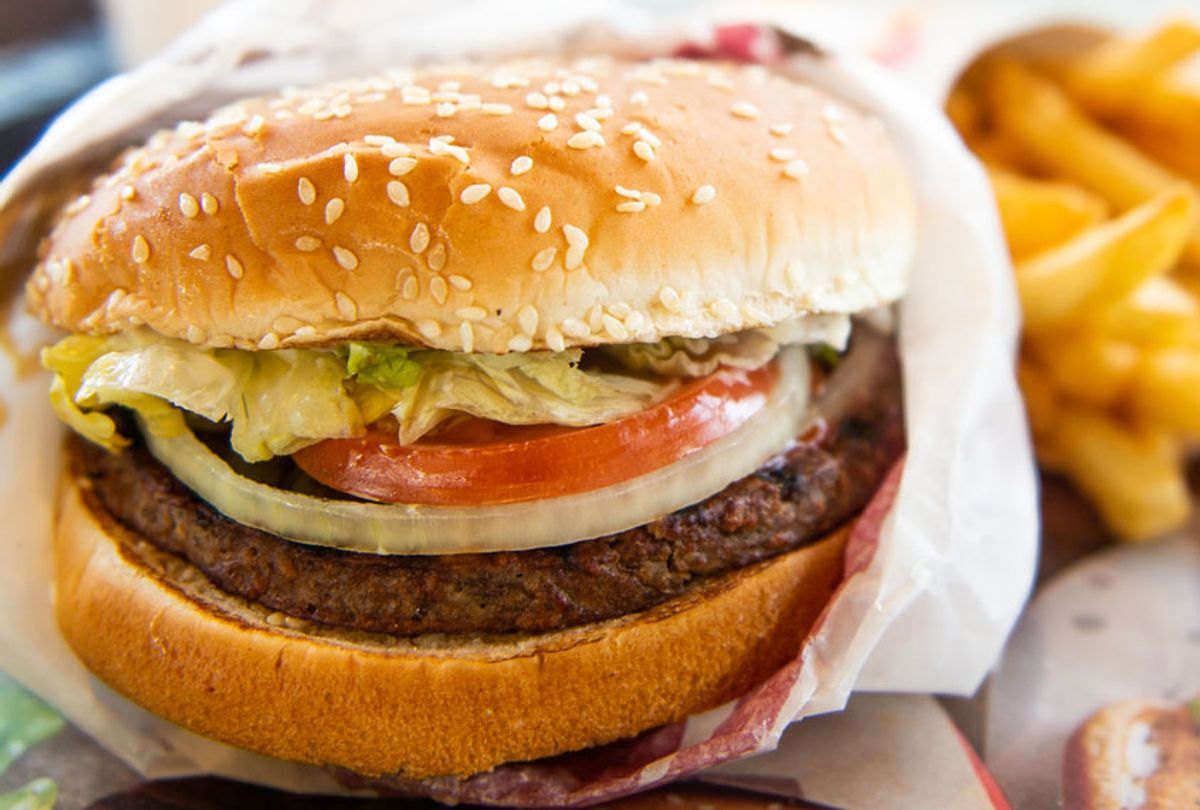 By 2050, many scientists estimate that the world food supply will have to increase sharply from today’s level to meet anticipated demand from a global population of 9 to 10 billion people. Meanwhile, the coming decades are expected to bring higher and more variable temperatures, increasingly severe droughts, floods and storms, and conditions that will make achieving food security more complicated and uncertain than ever before.

Emerging biotechnologies are opening new niches in the food landscape that can help feed the world’s burgeoning population with fewer resources in more extreme and unpredictable environments. With debate over the impacts of meat production intensifying, we have been tracking U.S. attitudes related to plant-based alternatives through Michigan State University’s Food Literacy and Engagement Poll. The results reveal a growing appetite for plant-based meat among consumers, especially millennials and Generation Z.

Many scientists and advocates recommend eating less meat as a way to make modern lifestyles healthier and more sustainable. Most recently, the widely publicized EAT-Lancet Report, produced by an international team of health, agriculture and sustainability experts, recommended consuming less than half an ounce of red meat per day.

Americans are among the world’s top meat consumers. The World Economic Forum estimates that in 2016 Americans ate an average of 214 pounds of meat per person. By contrast, Argentinians averaged 190 pounds and Europeans averaged 152.5 pounds per person.

Rising concern about climate change has spurred a flurry of Silicon Valley biotech startups focused on plant-based alternative meats. Although veggie burgers and vegetarian “meats” frequently comprised of soy, beans and lentils have been around for decades, this new generation of products has the sustainability benefits of being made entirely of veggies, but taste ever more convincingly like meat.

In 2018 the U.S. Food and Drug Administration approved the plant-based “Impossible Burger,” which relies on an ingredient from genetically modified yeast to incorporate “heme,” an iron-containing molecule into the product, allowing its meats to “bleed.” In an endorsement of sorts, vegetarian CNET reporter Joan E. Solsman found it to be so close to real beef that it “grossed her out.”

Fast-food chain White Castle’s “Impossible Slider” won several awards at the 2019 Consumer Electronics Show in Las Vegas. In 2019 Burger King introduced the “Impossible Whopper” to rave reviews, and on Sept. 20 the Impossible Burger became available for purchase in California grocery stores, competing with Beyond Burgers and other plant-based offerings from Beyond Meat.

With these products gaining wide media coverage, it’s no surprise that the latest results of our biannual, nationally representative survey of over 2,100 people suggest perspectives on meat alternatives are shifting rapidly. In February 2018, 48 percent of respondents said they were unlikely to “purchase foods that look and taste identical to meat, but are based on ingredients that are produced artificially.” By September 2019 that number had fallen to 40 percent.

We also identified very significant generational differences in attitudes. Nearly half (48percent) of respondents under 40 were already eating plant-based meats, while just 27 percent of those aged 40 and over had tried these products.

These results closely parallel a 2019 survey commissioned by Impossible Foods, which found that over half of millennial and Generation Z respondents consumed plant-based meat at least once a month, compared to just one-fifth of U.S. adults ages 55 and up.

The new generation of plant-based meats aren’t intended to substitute for other vegetarian products already on the market or target a specific set of health-conscious consumers. They have been designed to reduce the global impact of beef while appealing to everyone.

With millennials are expected to become America’s largest living adult generation, their willingness to embrace plant-based meats suggests continued success for this emerging biotechnology. It also has implications for agriculture, the food industry, food security and environmental sustainability around the world.