“This was just a dumb idea,” Gingrich said of Trump’s attempt to host the G7 at Doral. “Don’t try to defend it” 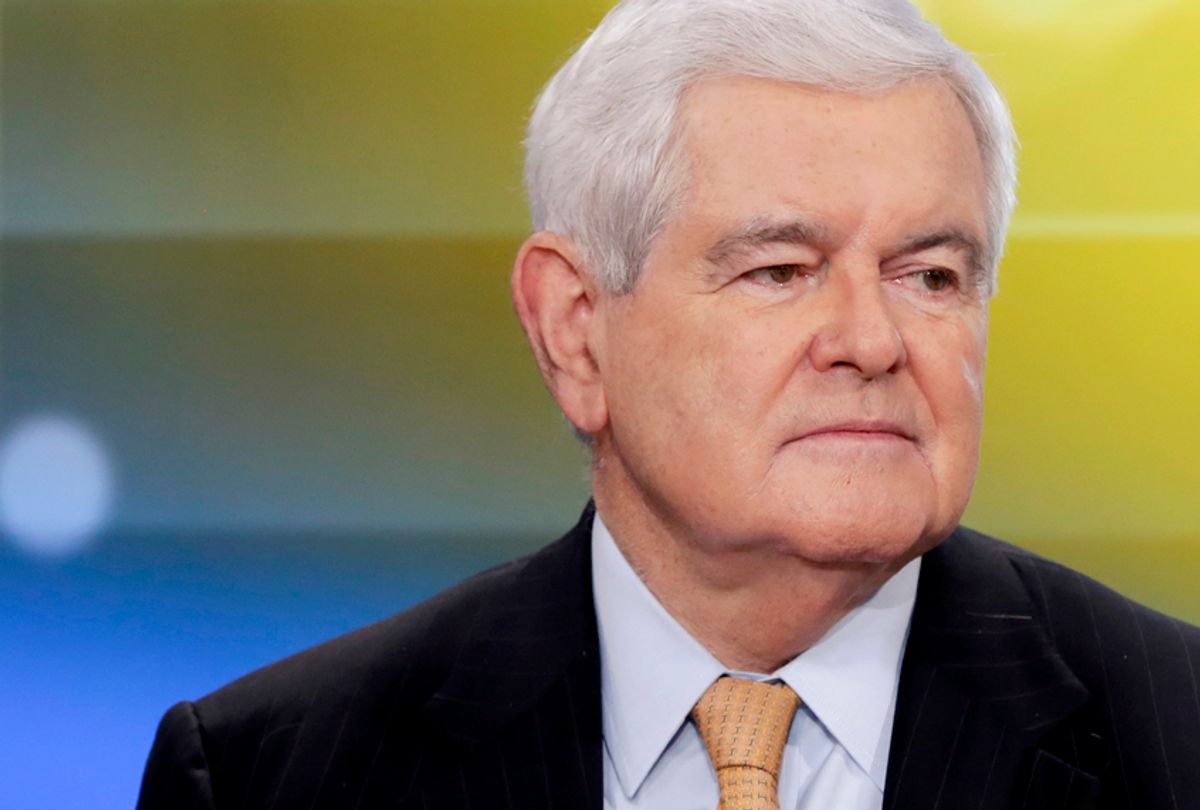 Former Speaker of the House Newt Gingrich, R-Ga., criticized President Donald Trump for his now-scrapped plan to host the G7 summit at his own golf resort and for failing to consult with Republican leaders before making “random decisions” that backfire while filling in Tuesday for Joy Behar on “The View.”

Gingrich began his appearance by defending Trump amid a House impeachment inquiry but admitted that some of the president’s latest moves have caused headaches for the Republican Party.

Gingrich pointed to Trump’s decision to host next year’s G7 summit at his Doral golf resort as an example of “what I don’t understand about the president.”

“This was just a dumb idea. Don’t try to defend it,” Gingrich said. “The idea that you could say, ‘Oh hi, we’re going to have a meeting of seven countries on my golf course.’ And not have everyone else in the country go, ‘What?’”

While Gingrich disputed his co-hosts’ point that such a move would be “unconstitutional,” he conceded that Republican lawmakers were “exactly right” to “push back” on the plan.

“I think people close to him said, ‘This is not going to work,’” he said. “It’s impossible in public relations terms to have some guy who’s a billionaire explain that he’s going to have seven countries at his golf course."

Asked whether Republicans were feeling more emboldened to push back on Trump as a result of the impeachment inquiry, Gingrich said that GOP frustration with the president had been “building for weeks and weeks” after his “impulsive” decision to pull out of northern Syria and abandon America’s Kurdish allies in the region.

The former House speaker said that Trump mismanaged the situation by not consulting with Republican leaders before withdrawing the troops.

Earlier in the broadcast, Gingrich attempted to defend Trump’s use of the term “lynching” to describe the impeachment inquiry against him, but even there he was called out for trying to "spin" the facts and conceded that it was a problem of the president’s own making.

“I do think there are things he does that make it all harder,” he said. “If he were more disciplined, he would actually have a much easier road than he does.”

Pressed on whether the choice of the term “lynching” was “not smart,” Gingrich conceded that Trump “often uses words more clumsily than he should.”