The new trailer for "Star Wars: The Rise of Skywalker" raises questions of Rey's identity 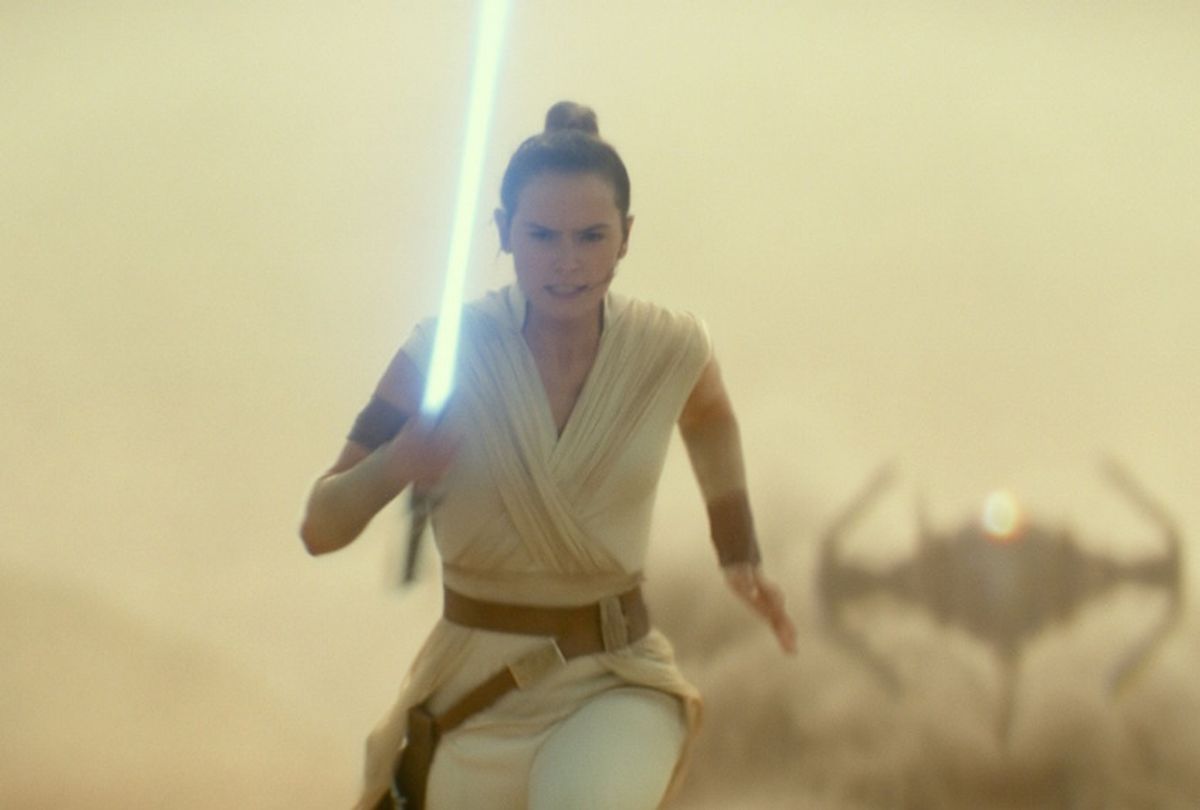 Light and darkness are set to battle once again in a galaxy far, far away, as shown in the new trailer for “Star Wars: The Rise of Skywalker.” This film, which will be released in December, is the final installment for the franchise’s Skywalker saga storyline.

The two-minute trailer shows clips from galaxies all over the Star Wars universe, as well as what appears to be a mission carried out together by Rey (Daisy Ridley), Poe (Oscar Isaac) and Finn (John Boyega) — something fans have been waiting for since we were introduced to the characters in the 2015 film “The Force Awakens.”

But, as in the 2017 film, “The Last Jedi,” a main point of tension is the simmering conflict between The First Order, which was eventually formed after the defeat of the Galactic Empire, and The Resistance, a movement led by General Leia Organa; thanks to unused footage from the films, Carrie Fisher, who died in 2016, will reprise that role.

The potential for intergalactic war between good and evil is distilled into interactions between Rey (Daisy Ridley) and Kylo Ren (Adam Driver), and a large part of how the future plays out hinges on the concept of identity. It’s revealed in “The Last Jedi” that Kylo Ren was once Ben Solo, the son of Leia and Han Solo (Harrison Ford). But, like his grandfather Anakin Skywalker — perhaps better known as Darth Vader — he turned to the dark side.

Rey’s identity, however, is something of a mystery. In the last movie, it was revealed that her unnamed and unseen parents sold her for drinking money. "They were filthy junk traders," Kylo tells her. "You have no place in this story. You're nobody. But not to me."

This is how Kylo attempts to seduce Rey, who has the ability to use the Force, to the Dark Side — his continued assurance that while no one else may see Rey for who she is, he does. This is echoed in the new trailer.

"People keep telling me they know me," says Rey. "No one does."

There are numerous conflicting fan theories about Rey’s true background. Based on past films, it appears that sensitivity to the Force has at least some genetic component, so some have offered that she is the daughter of Luke Skywalker (which would explain the title of this final film). But there are also detailed theories about how she could be Kylo Ren’s sister, or even the granddaughter of Obi-Wan Kenobi.

Luke (played by Mark Hamill and who, spoiler, is now a Force ghost) will at least makes an appearance in “The Rise of Skywalker.” The trailer ends with him saying, “the Force will be with you.” A second voice replies, “Always.”

This new Star Wars trilogy has been a commercial success for Disney, which acquired Lucasfilm for $4 billion in 2012. According to a CNBC report, "The Force Awakens," "The Last Jedi" — and the two Star Wars spinoffs, 2016's "Rogue One" and 2018's "Solo” — have brought in more than $4.5 billion at the worldwide box office.

"Star Wars: The Rise of Skywalker" will be in theaters starting Friday, Dec. 20.