US will lift sanctions on Turkey amid "permanent" cease-fire in Syria, Trump announces

Trump said the sanctions will be lifted, "unless something happens that we're not happy with" 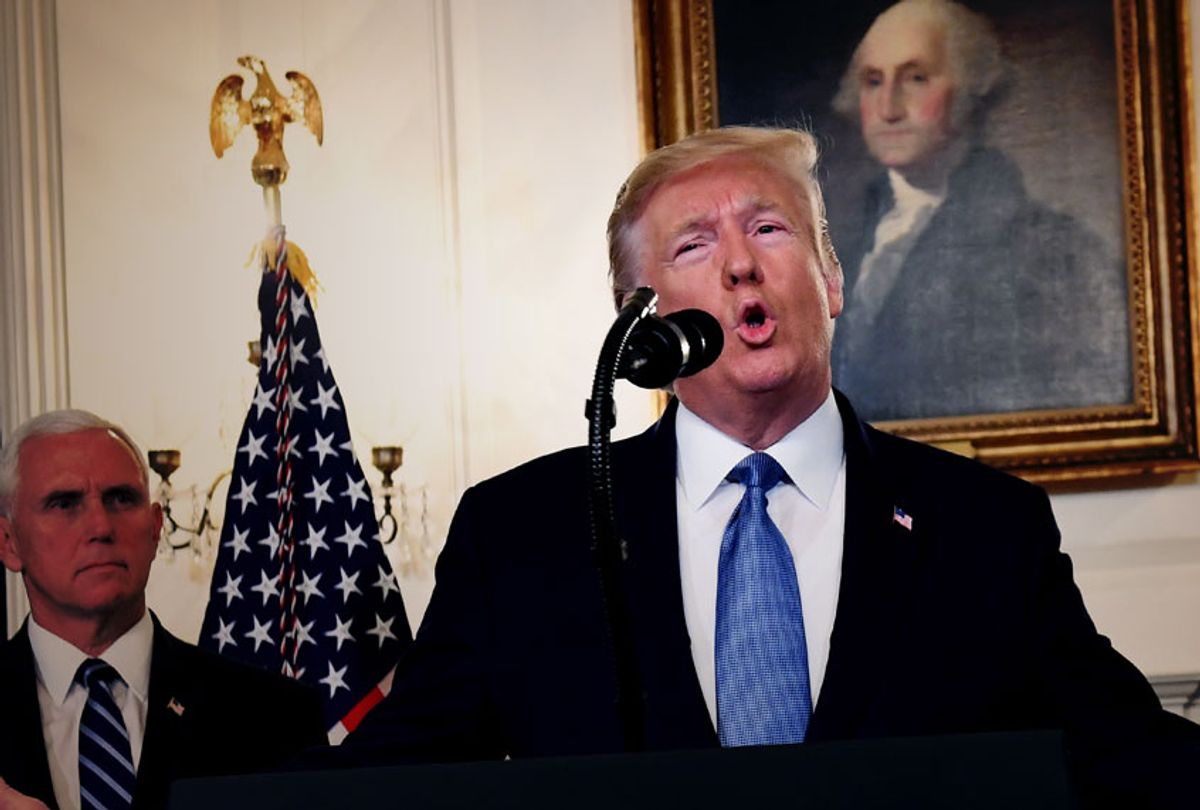 President Donald Trump announced Wednesday that sanctions on Turkey have been lifted amid a "permanent" cease-fire in Syria.

"I have instructed the secretary of the Treasury to lift all sanctions imposed Oct. 14 in response to Turkey's original offensive moves against the Kurds," Trump said at a news conference. "The sanctions will be lifted, unless something happens that we're not happy with."

The news came after Kurdish fighters largely withdrew from an area along the Syrian border under the terms of a 120-hour cease-fire, which ended Tuesday.

As Kurdish fighters withdrew from the border zone Tuesday in the hours before a five-day cease-fire agreement was set to expire Tuesday, Turkish President Recep Tayyip Erdoğan and Russian President Vladimir Putin met to negotiate a new six-day ceasefire. The new agreement allows Syrian President Bashar al-Assad, an ally of Russia, to regain control over the area formerly held by Kurds, who had allied with the U.S. in the fight against ISIS.

As part of the new deal negotiated by Erdoğan and Putin, Turkey will control a nearly 20-mile deep "safe zone" along its border, clear of the Kurdish militias whom Erdogan's views as a threat.

Trump boasted Wednesday that the "outcome was created by us, the United States." While a "small number" of U.S. troops woill remain in Syria to protect oil in the region, Trump said the country was "getting out" of the Syrian region after almost 10 years.

Trump praised Erdoğan as a "man who loves his country" and thanked him for working with the U.S. on a cease-fire in Syria.

Earlier on Wednesday, Trump declared the situation along the Turkey-Syria border a "big success."

The Turkey-Russia deal came two weeks after Turkey launched a military offensive into a Kurdish-run area of northern Syria, which the U.S. had long sought to avert. The Turkish operation left dozens of civilians dead displaced at least 200,000 people from their homes in the region.

A telephone call between Trump and Erdoğan which took place before the offensive was widely seen as a "green light" for Turkey's move. Shortly after the call, the White House announced it was withdrawing all of its remaining 1,000 troops from the area, effectively removing any deterrence against Turkish forces. The Trump administration, denying it had approved the operations, threatened economic sanctions.

Trump's decision to withdraw U.S. troops from the region was met with rare bipartisan criticism at home from both Democrats and Republicans, who accused the president of abandoning its Kurdish allies who were instrumental in fighting the terrorist group ISIS in the region.

The White House dispatched Vice President Mike Pence to Turkey last week in an effort to persuade Erdoğan to halt the military offensive. Pence and Erdoğan had agreed to a five-day cease-fire last to allow Kurdish fighters to withdraw from region.

Earlier this month, the House of Representatives overwhelmingly approved a resolution condemning the withdrawal, with nearly two-thirds of the chamber's Republicans supporting the resolution.