New York institution The City Bakery is closed. I'm keeping it alive in my kitchen, trying to replicate this drink 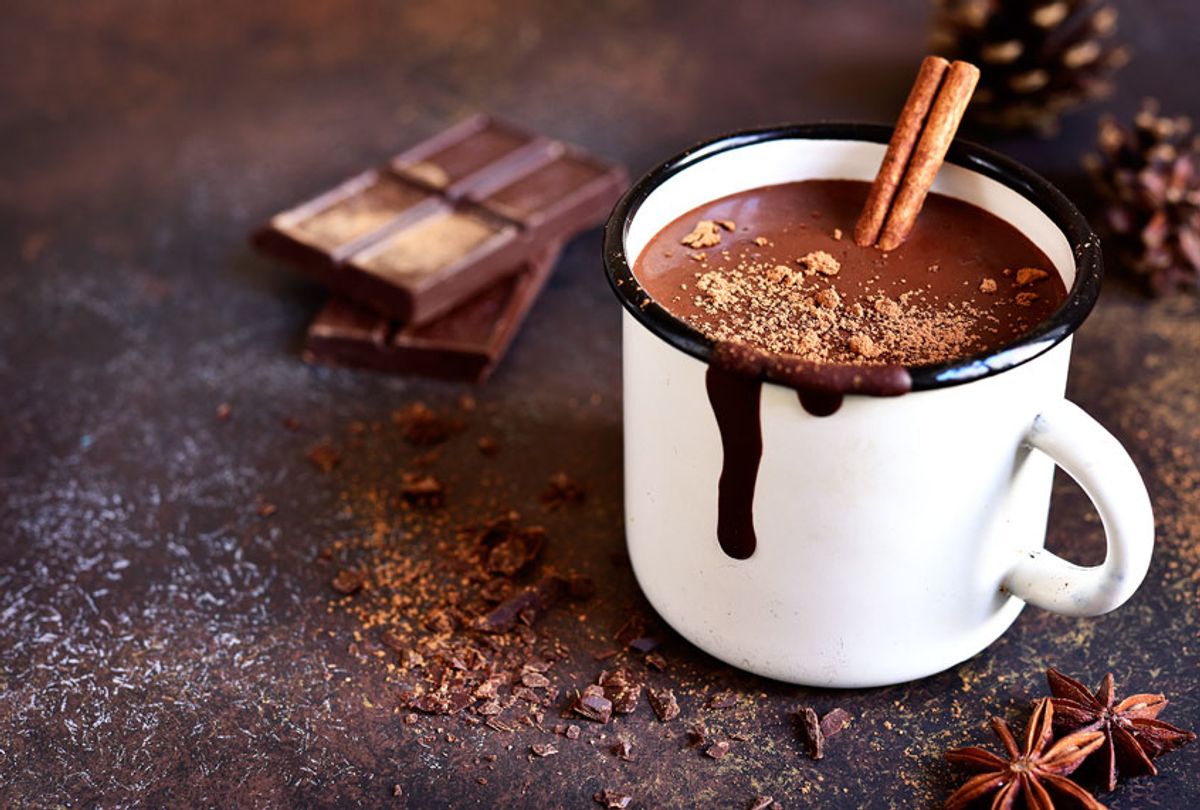 “We’ll see about that,” I replied.

I took a cautious sip. It was indeed good. It was also undeniably excessive. And reader, I finished it. The City Bakery hot chocolate was never a mere cup of wintry elixir — it was always a challenge. Now that the bakery is no more, the challenge becomes even tougher.

I had been living in California at the time, and had come back to New York for a few days for work and catching up with friends. A buddy who lived in the unlikely neighborhood around the Flatiron Building had brought me to Maury Rubin’s little outpost of exorbitantly priced and shockingly delicious chic salads and oversized cookies. It’s been 23 years, and I can summon the revelatory wonder of the passionfruit tart my friend and I shared that day as if I had it for breakfast this morning. But the kicker was the bakery’s famed hot chocolate. Slightly thick, very dark and topped with a homemade marshmallow that seemed determined to bust out of the confines of the blue and white striped cup that contained it, it was one of the most spectacular things I’d ever tasted.

In time, I moved back to New York, and swiftly established The City Bakery as an integral part not just of my dietary habits but my identity. When I was a waddling pregosaurus with my first child, I would lumber over for one of their baker’s muffins and a cup of hot chocolate, because I truly believed the baby was demanding it. With my second, in the midst of a record-breaking cold snap and nearly two weeks overdue, I risked going into labor on the F train just to taste their shatteringly salty, buttery pretzel croissants.

Years went by. One day in a corner of the bakery, I interviewed my friend Piper right before her memoir “Orange Is the New Black” came out. Another, I parked myself upstairs and had a friend take a photograph that was for a long time my profile pic. Once a woman who recognized me from my photo approached me and introduced herself. We started talking. This summer, I danced at her wedding. When my kids started school in the neighborhood, I initiated a weekly ritual of meeting up with them there for an after-school treat. I dragged myself there as a reward after my cancer treatments. I sat next to Susan Sarandon once. I wrote parts of both of my books there. Every winter, my girlfriends and I would plan our February around their Hot Chocolate Festival, where each day would bring a different — albeit sometimes disgusting-sounding — flavor variation. In hot weather, I’d switch to their chilled chocolate, a drink so intense it tasted like melted ice cream. And when I wasn’t physically occupying space at City Bakery, I could often be found puttering in my kitchen and trying to replicate its signature drink.

What makes a hot chocolate that you’ll want to come back to, again and again? The kind that tourists will make a detour for? Obviously, that's subjective. Is it a certain creamy foaminess? A heady sweetness, or a defiant hint of dark bitterness? It starts with defining what a hot chocolate is, and is not. It’s pretty simple — hot chocolate is made from melted chocolate. Your beloved childhood favorite Swiss Miss, on the other hand, is cocoa. As the name implies, that's made from cocoa powder. Cocoa tends to have a particular kind of depth of flavor, and a slight grit and thinness to it. Hot chocolate is silkier and richer.

Two years ago, when Food & Wine named their picks for the best hot chocolate in America, City Bakery’s inevitably made the cut. Others varied in their specific showmanship, from Serendipity 3’s iconic, Matterhorn-like “frrrozen” hot chocolate to a spice-infused Azteca aphrodisiac sipping chocolate from Cacao in Atlanta. Included also on the list was a more traditional hot chocolate from Baked, another recent casualty of New York City’s real estate prices. Their Brooklyn flagship in the remote neighborhood of Red Hook remains, but their cozy Tribeca outpost shuttered in May. The owners said they “couldn’t continue to make the new economics work” there any more.

But the hot chocolate I’ve devoted the most of my brain power to, the one I’ve swallowed gallons of for “research,” was City Bakery’s. The recipe was always a closely guarded secret, though others have tried to decode it for eons. The easiest part is making my own marshmallows, a process so simple and a result so show-stopping I don’t understand why anybody buys the bagged version anymore. The rest was harder.

An internet rabbit hole led me, incredulously, to mix an egg yolk into my home recipe for a “Viennese” hot chocolate. It did indeed yield a thick beverage with a mysterious je ne sais quoi, but that wasn’t necessarily a good thing. I riffed on Bon Appetit’s version, which uses both melted chocolate and cocoa powder, though I knew City Bakery’s famously contained no cocoa. I tried putting a a little cornstarch in it, to emulate the Bakery’s gravy-esque consistency. And nothing, in all my years, has ever quite matched City Bakery’s precise flavor profile. But I have learned some valuable lessons.

First and foremost, much like the feeling the first time you get when you make your own buttercream frosting and realize that frosting is just — God help me — butter and sugar, a knock-you-on-your-butt hot chocolate will shock you in similar ways. After much trial and error, here is what I learned. If you want a City Bakery experience at home, you must be wiling to drink your share of a quart of half-and-half, and you must not look at the caloric or fat percentage information the side of the container. Why? Because in 2017, Maury Rubin revealed to the Daily Mail that his ideal recipe falls "somewhere in the balance of milk and cream."

You must throw in a generous splash of homemade vanilla. (I make my own and I make it with bourbon and that doesn’t hurt matters a bit.) You must use your very favorite chocolate. For me, that’s Ghirardelli 60% bittersweet, which I find unmatched for smoothness, well above its fancier cousins like Scharffen Berger or Valrhona. You must warm the half-and-half slowly in a very big pot, and gently add what appears to be an excessive amount of chocolate to it. (Think: at least an entire bag of Ghirardelli chocolate chips.) You must get in there with a stick blender and froth it up like it's a president who’s just watched “Fox and Friends.” If you want to go off the books, you can add a pinch of chili powder, not enough to make you you identify in the drink but sufficient to give it a little something something. It should take you a long time to drink it, so potent are its effects.

Over the past weekend, the friend I met that long-ago afternoon in City Bakery texted me a story from Eater that the business had announced it might be shuttering its doors. I was still reeling from the blow when the final word came via an Instagram post just a short time later, confirming its closing and saying, “What a time. What a world this was. What a loss. A loss for all of us. We’ll miss this forever. Thank you New York.” I was gobsmacked; I'd just been there days earlier with my daughter, downing shots of chocolate. “We had MANY life defining conversations there,” another friend said as we mourned together.

I still can’t quite believe that a place so indelibly a part of my life and landscape now exists only in my memory, and in the humble knockoff hot chocolate I’ll probably never stop tweaking. It taught me to make my own marshmallows. It gave me a place of refuge and inspired me to create my own small version of that place at home. And it was always quintessentially New York. Often loud, often crowded, often full of very beautiful people. Full of heart. Wildly expensive. Entirely worth it. Eternally memorable.