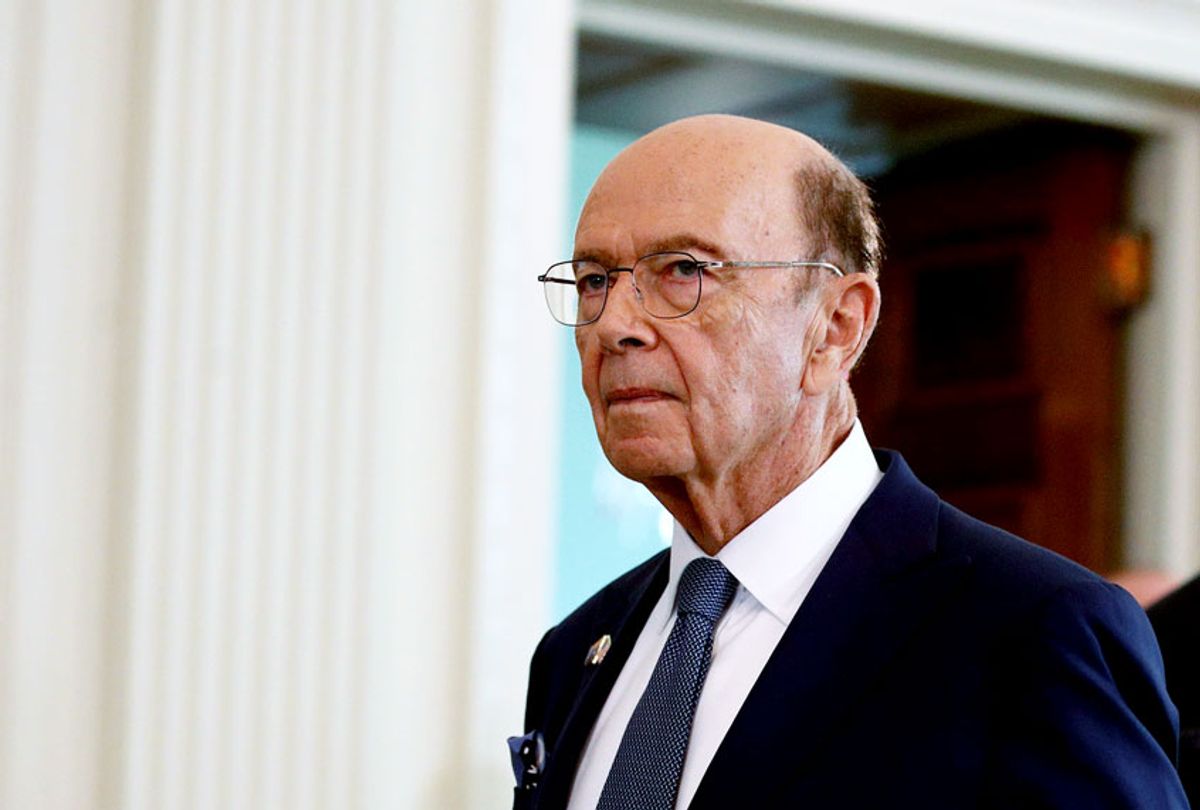 The National Archives and Records Administration has launched an investigation into Commerce Secretary Wilbur Ross's use of a private email account for government business, according to Politico.

The news outlet cited a public letter sent by the archives earlier this month to the Commerce Department's chief information officer, saying "the National Archives and Records Administration (NARA) has become aware of a potential unauthorized disposition of U.S. Department of Commerce records."

Lawrence Brewer, chief records officer of the U.S. government, asked in the letter for a response from the department within 30 days. He cited a broadly-negative profile of Ross published last month in the Washington Post, which noted the secretary "used personal email for official business."

The watchdog group Democracy Forward obtained government-related emails from Ross' private account through a Freedom of Information Act lawsuit, which were noted in the Post's profile of Ross. (Ross has denied claims that he defied federal record-keeping laws in the newspaper article.)

Department of Justice lawyers said in a court filing Wednesday night that the Commerce Department should not be required to conduct a direct search of Ross' personal email accounts, even though previous searches of Commerce Department accounts uncovered 280 email chains over a 16-month period which contained references to Ross' private account. Many of the messages concerned Ross's travel arrangements.

"On multiple occasions, the secretary . . . directed the initial email sender to use his official government email address on future communications regarding agency business," Michael Cannon, an attorney for the Commerce Department, wrote in the filing.

Justice Department attorney Johnny Walker argued that a search of Ross' private email account would not turn up any emails not already on Commerce's system.

"Even if the secretary did occasionally use a personal email account in connection with agency business, those communications are documented in the files already produced," Walker wrote, according to Politico. "At issue here is whether Commerce must access and search a high-level official's personal email account for merely duplicative emails. It should not."

Asked about the National Archive inquiry into Ross's email practices, a spokesperson for the Commerce Department told Salon, "We look forward to engaging and cooperating with the National Archives and Records Administration on their investigation, which originated from baseless allegations in news reports."

This article has been updated with a statement from the Commerce Department.